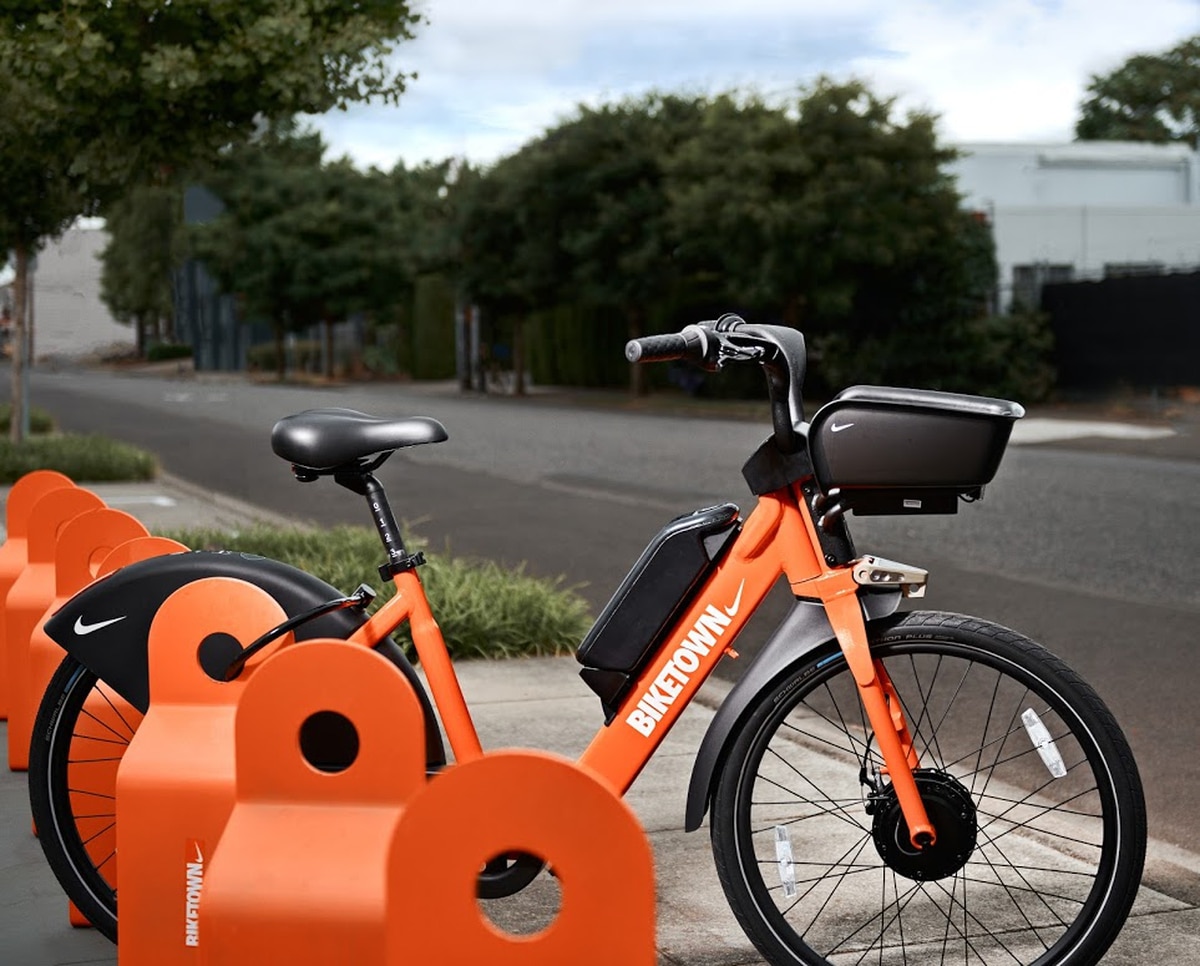 The Portland Bureau of Transportation today announced a major expansion of the geographic footprint of the Biketown bike-sharing program and the availability of 500 new electric bikes.

“I am so pleased that Biketown is finally being deployed in East Portland,” Transportation Commissioner Chloe Eudaly said in a statement. “This expansion is a significant advancement for transportation equity in East Portland, and it will increase sustainable transportation options for our entire city. I hope that the introduction of electric pedal-assist bikes to our fleet will encourage more Portlanders to try biking, and I look forward to the continued expansion.”

PBOT expects the fleet of e-bikes to

Would ‘free’ Citi Bike rentals sway you on Lyft’s Pink subscription service? That’s what the Uber rival is testing with a new pilot program in New York City. Starting this week, select Lyft customers — including those who are yet to try Pink — will be offered two-month access to Citi Bike’s blue two-wheelers. The experiment will include unlimited ‘classic’ Citi Bike rides with a 45-minute cap, which should be long enough to travel between Central Park and Brooklyn Bridge. E-bike enthusiasts, meanwhile, will get a 10-cent-per-minute discount during the trial. If you start an electrified trip outside of Manhattan, Lyft will also cap the first 45 minutes at $2.

The ride-hailing company launched Lyft Pink as a replacement for its All-Access Plan last October. It costs $19.99 per month and gives subscribers a 15 percent discount on all car rides throughout the US. In addition, members get airport priority 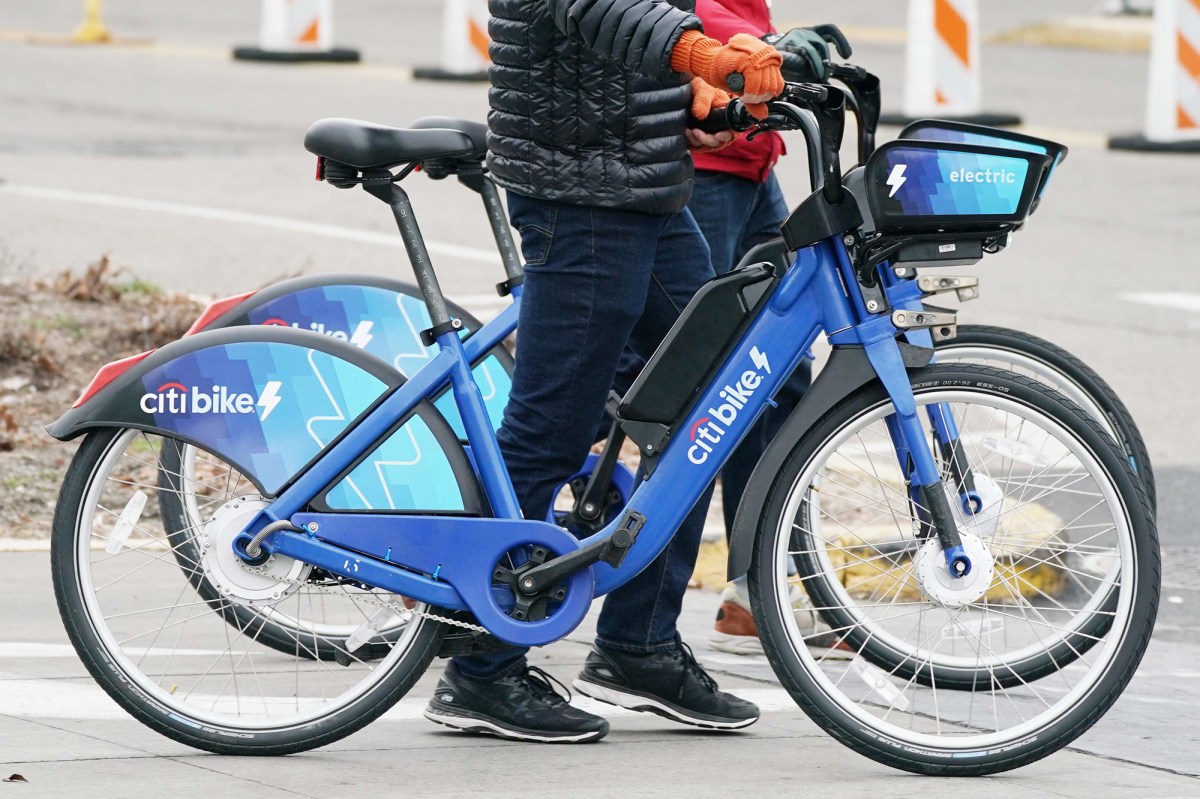 Citi Bike’s fleet of pedal-assist e-bikes has barely grown since its February launch despite a pledge to put “thousands” on city streets by the summer, its parent company admitted on Monday.

Lyft now promises only “hundreds” of e-bikes this summer, Gothamist first reported — a marginal increase over the 300 or so currently service.

Lyft rep Julie Wood told the site the delays were caused by coronavirus-related supply chain issues, as well as limited labor capacity. Lyft laid off 17 percent of its workforce in April.

The e-bikes were enormously popular in the few months they were out on the street, averaging three times the number of rides per bike per day than the company’s non-electric models. But the fleet lasted just seven months before 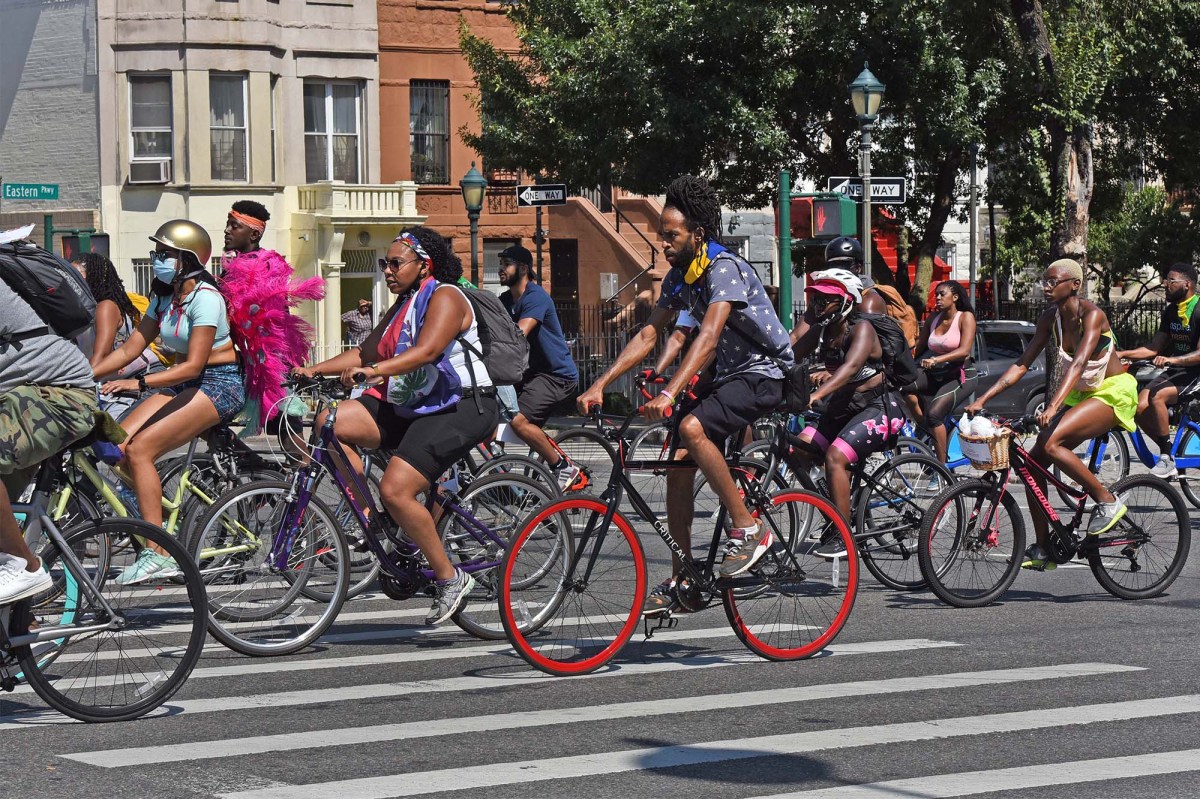 The number of people cycling on the weekend is up a whopping 57 percent in 2020 compared to last year, Transportation Commissioner Polly Trottenberg told city council members on Wednesday.

“We’re seeing a cycling boom,” Trottenberg testified, noting that weekday bike counts are also up, but by a comparatively slim 26 percent.

Of those locations, the Pulaski Bridge between Greenpoint and Long Island City, Queens saw the largest spike in weekend bike rides — over 78 percent.

The $1.1 million project dubbed the French Creek Greenway would construct a 10-foot wide asphalt bike trail on French Creek Road as part of a plan to improve connectivity.

Concerns over the cost and location of the proposed trail have delayed passage of engineering plans for the project, currently slated for a vote on Sept. 14.

The project in collaboration with Sheffield Village and Lorain County Metro Parks would construct the trail from Detroit Road to the Sheffield Village line with $250,000 in grant funding from the Northeast Ohio Areawide Coordinating Agency.

Council At-Large member Tammy Holtzmeier said the project was a question of appropriateness in terms of the use of taxpayer money and whether it served the needs of residents as a whole. 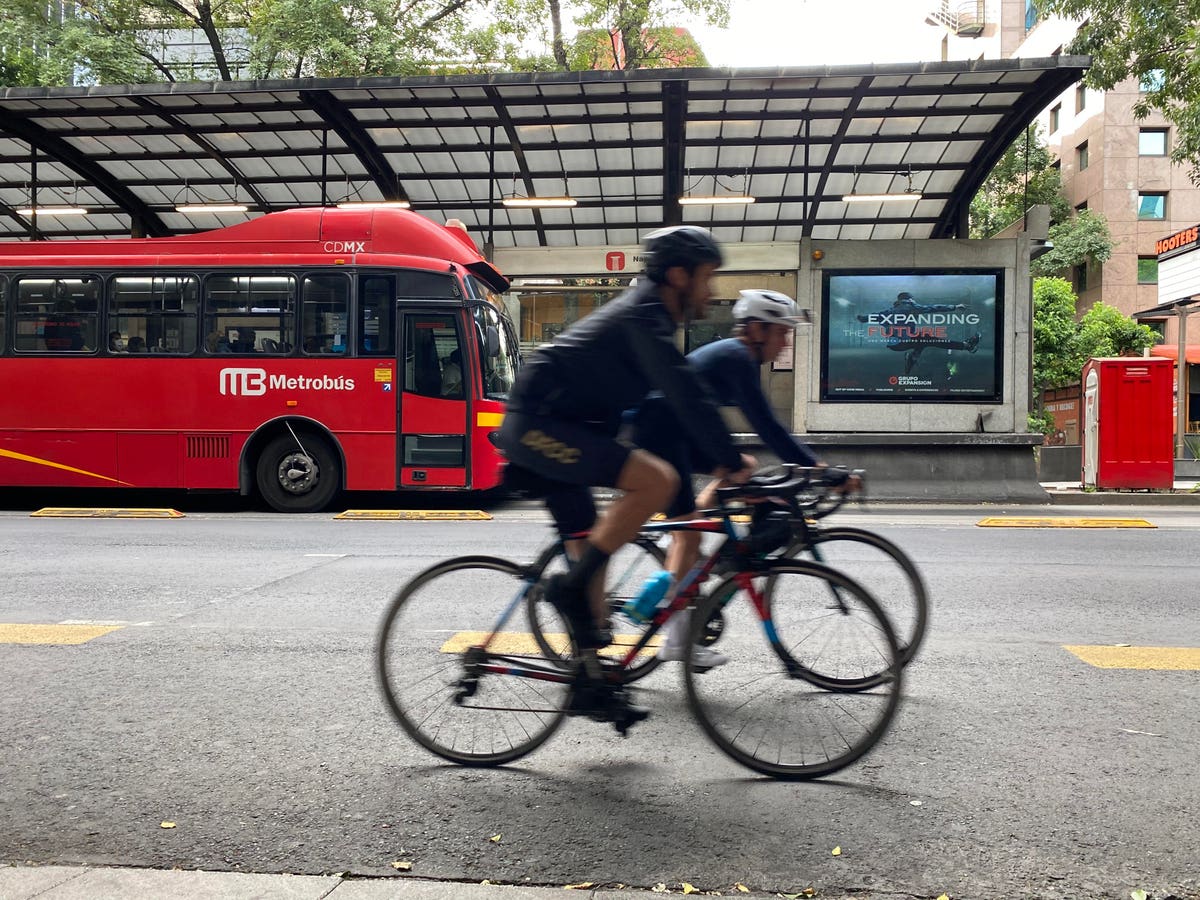 With the sun barely starting to illuminate the city on a quiet Saturday morning, I join a small group of cyclists led by Alejandro Diaz, the 56-year-old owner of Giro Central, a bicycle shop and café just off of Reforma Avenue in downtown Mexico City. We pedal over a bridge on the cycling path that runs by his shop and can see the far side of the city and a faint outline of the mountains that jut up around the valley. On most sunny afternoons residents in Mexico City can catch glimpses of the summit of Ajusco, a 12,894-foot-tall mountain that sits within the territorial limit of the capital. A few times a year, when rain and wind clear away low-hanging haze, the icy summits

The Takeaway: This is an adventure machine built for gravel roads, dirt trails, and for riders who like to get wild.

Evil’s Chamois Hagar is a wonderfully divisive thing. Even in the still-developing category of gravel bikes, where experimentation happens more freely than with road or mountain bikes, the Chamois draws attention and criticism.

In form and purpose, this bike resembles a mountain bike more than any other gravel model available—even those like Niner’s MCR and Cannondale’s Topstone that employ suspension. Unlike those bikes, which have mountain bike components on

The Morning ShiftAll your daily car news in one convenient place. Isn’t your time more important?

There are a few constants in the car world: Everyone buys trucks when gas gets cheap, everyone buys compacts when it’s expensive, and everyone always complains new BMWs have lost their edge. Not included in that list are EV subsidies, which are as fickle as they come. But they do work. All that and more in The Morning Shift for September 9, 2020.

1st Gear: EV Sales Up In Europe Even In Pandemic

Nothing disappears quite as quickly as government support for EVs, which can come and go with each changing administration. When they’re around, though, they get the job done, as the Financial Times reports from that faraway continent of Europe:

As registrations of petrol and diesel cars in Europe fell one-third year-on-year in June, EV sales were up almost two-thirds over 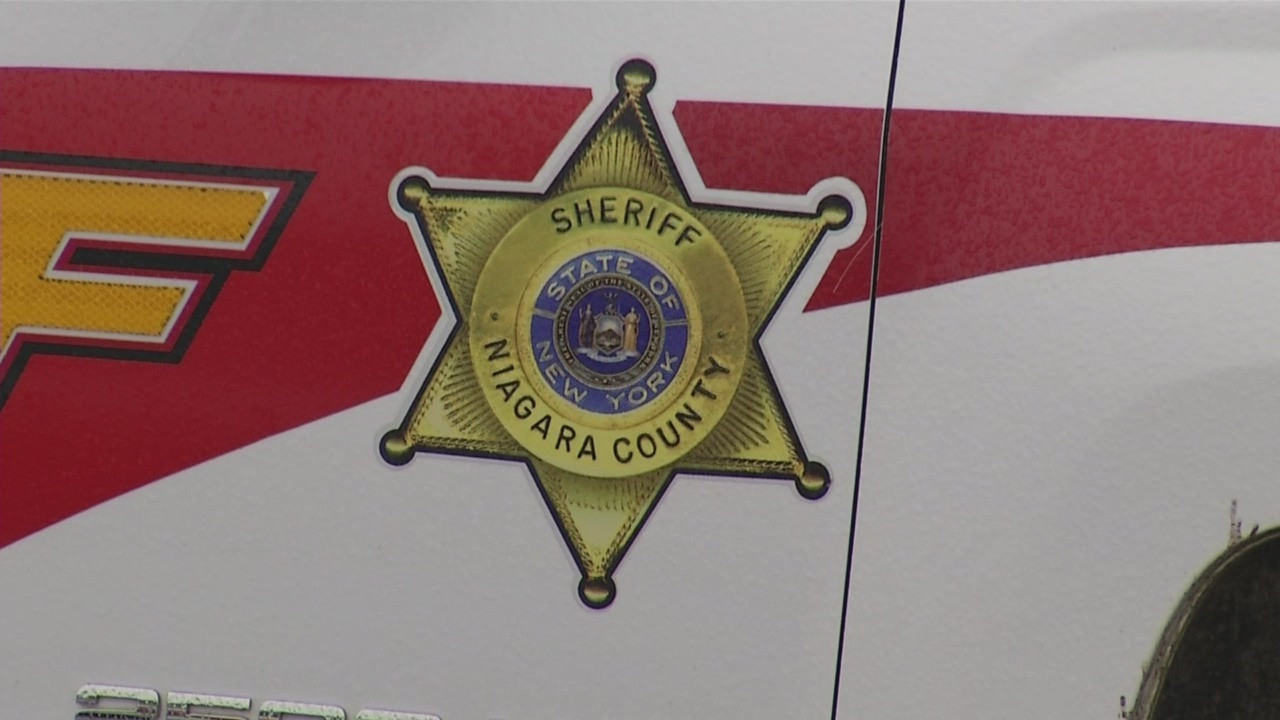 ROYALTON, N.Y. (WIVB)–A Buffalo and Cheektowaga man have been arrested in Niagara County.

The Sheriff’s Office says 21-year-old Michael Ronghi of Buffalo and 20-year-old Todd Beyer of Cheektowaga are accused of contacting two different Niagara County residents on Facebook Marketplace regarding a dirt bike they each had for sale.

The suspects used a fake account name. At both homes, deputies say Ronghi and Beyer asked to take the dirt bike for a short test drive.

At that time, one of the two would drive off with the bike while the other parked in the area with a U-Haul truck.

Deputies were able to take Ronghi and Beyer into custody on Monday after a victim in Royalton followed them long enough for authorities to pull them over.

They were charged with two counts each of fourth-degree grand larceny. 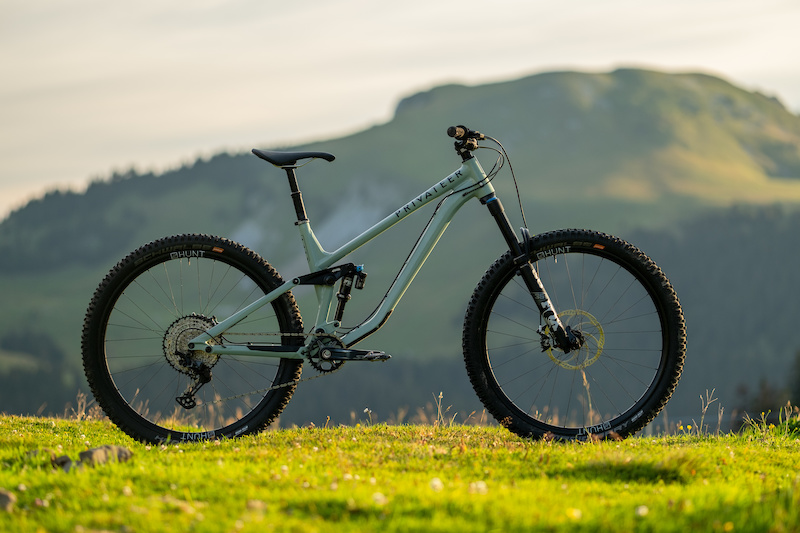 Privateer have been once around the cycle now, and with it they add a new bike to their collection, the 141.

It’s not hard to understand the positioning of the 141. Their 161, or budget priced brute as Mike Kazimer put it, clearly had an eye on going really damn fast. So the 141 should take some of that inspiration, but with more of an eye on a bit of everything. More versatile and less single minded.

As the name suggests, it has 141mm rear wheel travel and uses the same wheel size idea as its bigger brother, with the larger sizes rolling on 29″ wheels and the smallest on 27.5″ wheels.