MONTGOMERY, Ala. — Former NFL quarterback Tarvaris Jackson has died in a one-car crash outside Montgomery, authorities said Monday. He was 36.

The 2012 Chevrolet Camaro that Jackson was driving went off the road, struck a tree and overturned at 8:50 p.m. Sunday, according to an Alabama Law Enforcement Agency news release. Jackson was pronounced dead at a hospital. 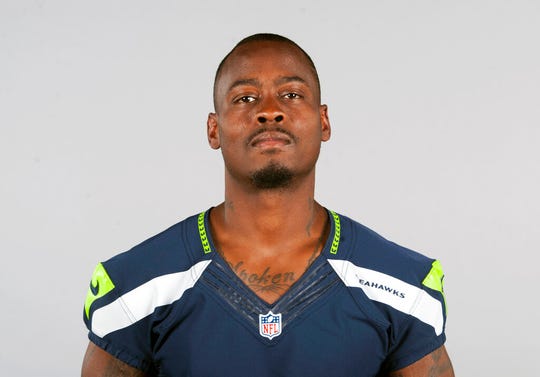 This is a 2015 file photo showing Tarvaris Jackson of the Seattle Seahawks NFL football team. Jackson died in a one-car crash outside Montgomery, Ala., authorities said Monday, April 13, 2020. He was 36. (Photo: AP)

The wreck occurred on Pike Road, about seven miles south of Montgomery, his hometown. No other details were immediately released about the crash, which remained under investigation.

Jackson was hired as quarterbacks coach for Tennessee State last season after a 10-year NFL career with the Seattle Seahawks, Minnesota Vikings and Buffalo Bills.

Seattle quarterback Russell Wilson also posted about Jackson’s death: “TJack… you will be missed. Praying for your family…Love you man.”

Jackson started 14 games for Seattle in 2011, leading the team to seven wins. The former Alabama State quarterback, who started his college career at Arkansas, went 17-17 as an NFL starter.

Jackson is survived by wife, Lakitta, and three children.