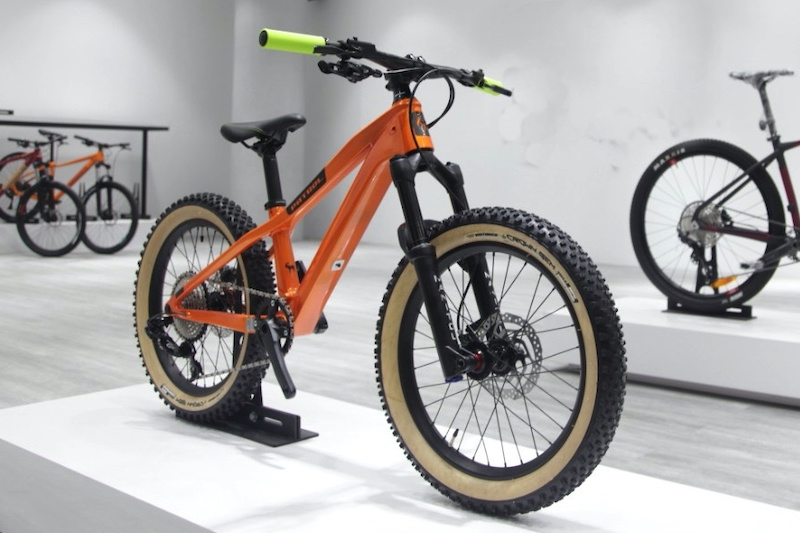 Kids have it pretty good these days with their Facebooks, Fortnites and fidget spinners, but sometimes they aren’t so lucky with their mountain bikes. If you buy the wrong one you can end up with a heavy frames, adult sized controls, poorly damped suspension and a temper tantrum every ride. One brand hoping to help kids swap screens for singletrack is Patrol with its new range of carbon fiber kids’ bikes.

The Indonesian brand today announced two full-carbon hardtails aimed at kids with a load of features you’d generally expect to see on adults’ bikes. The two hardtails are separated by wheelsize with a 20″ version and a 24″ version; both bikes have full internal cable routing, disc brakes and 2.6″ wide tires from Vee. The bigger wheelsize does get an increase in travel though, jumping from 100mm to 120mm. The bikes are apparently intended for “all day fun” so there’s also a water bottle mount inside the front triangle.

While not cheap for a child who will grow out of it in a few years, a carbon frame should bring the weight of the bike down and make it easier for a child to maneuver. We haven’t been given exact weights of this frame but, given there are very few carbon kids’ bikes around, we imagine they’re among the lightest you can buy.

Both wheelsizes have a base model and an ‘S’ model. The base models run 1×9 drivetrains RST Spex 20 or Snyper 24 forks and child specific bars stems and grips. Jumping up to the S model gets a Manitou Machete J-Unit fork and a 10 speed drivetrain. 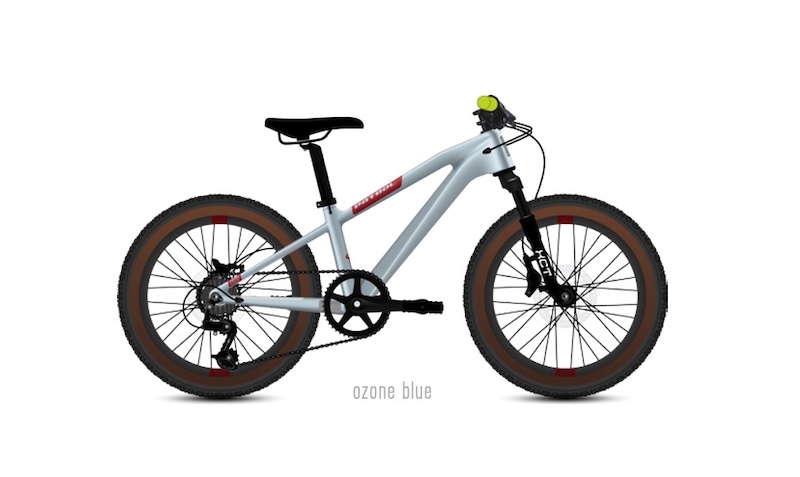 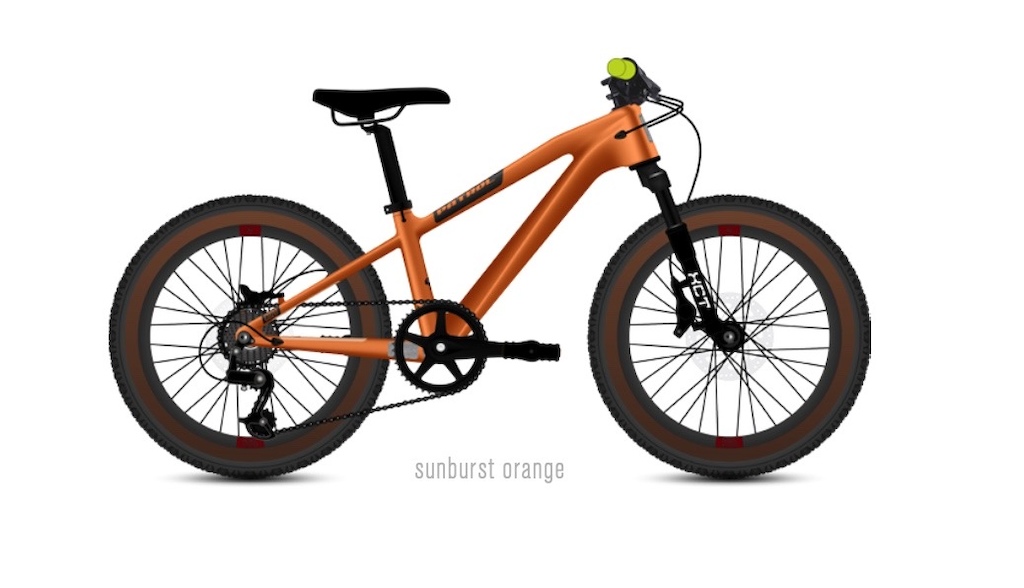 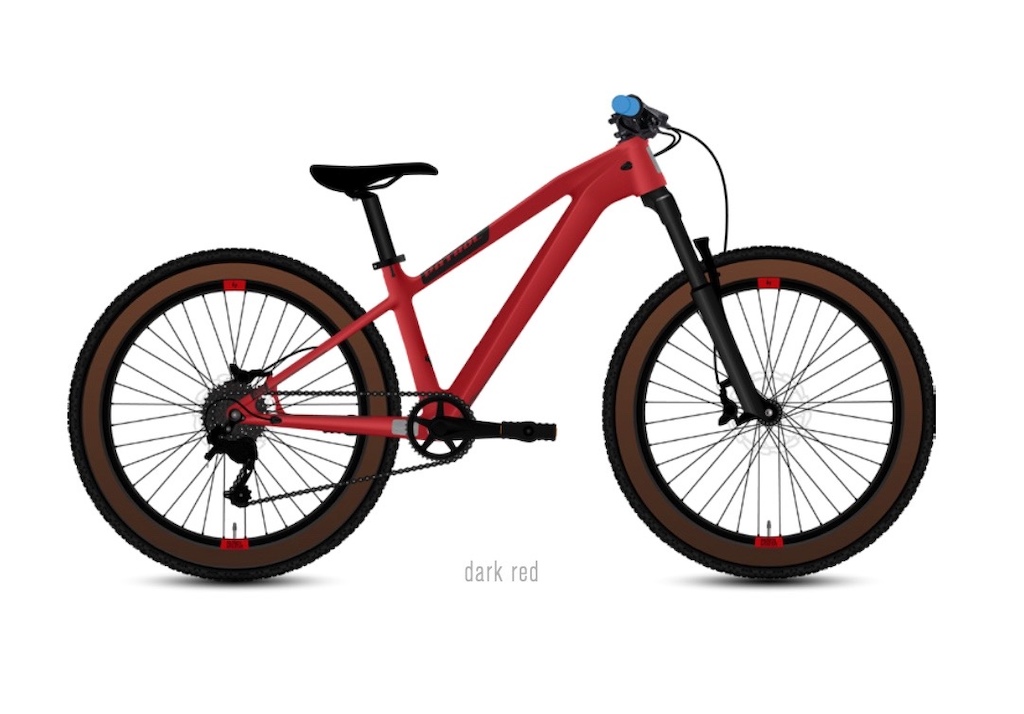 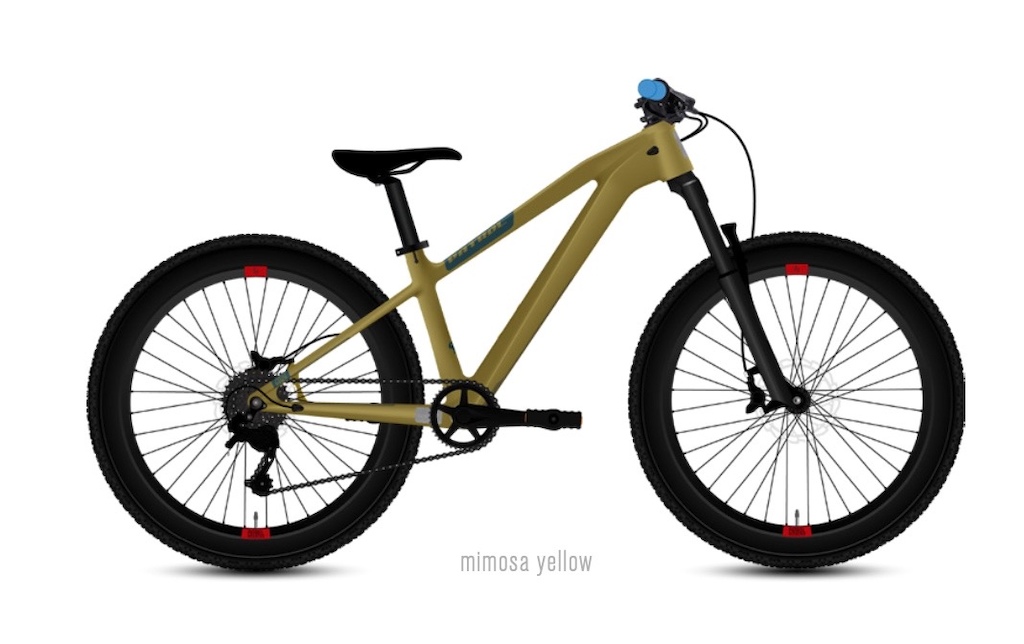