The air conditioning in the rumored Apple Car may offer a few surprises for users, with the unit perhaps capable of scenting air, as well as the possibility of being hidden from view. Air conditioning systems in vehicles are a relatively known quantity to users, and haven’t undergone many changes […]

The air conditioning in the rumored Apple Car may offer a few surprises for users, with the unit perhaps capable of scenting air, as well as the possibility of being hidden from view.

Air conditioning systems in vehicles are a relatively known quantity to users, and haven’t undergone many changes in design over the years of their inclusion in vehicles. However, Apple believes it can improve upon what’s already been done with its own unusual design.

The patent for a “Climate control system with slit-vent fluid delivery,” granted by the US Patent and Trademark Office on Tuesday, describes a low-profile air conditioning system for vehicles. The design is one where the fins used to control airflow and direction are away from the exit point, with air funneled to go through a narrow but wide slit.

The design is presumably intended to be one that goes across most of the width of the vehicle dashboard, with a relatively narrow visible opening. While the use of fins to cut off air and to alter how it moves isn’t a new idea, nor is minimizing the appearance in this way, Apple does make some interesting alterations to the design, namely incorporating smells. 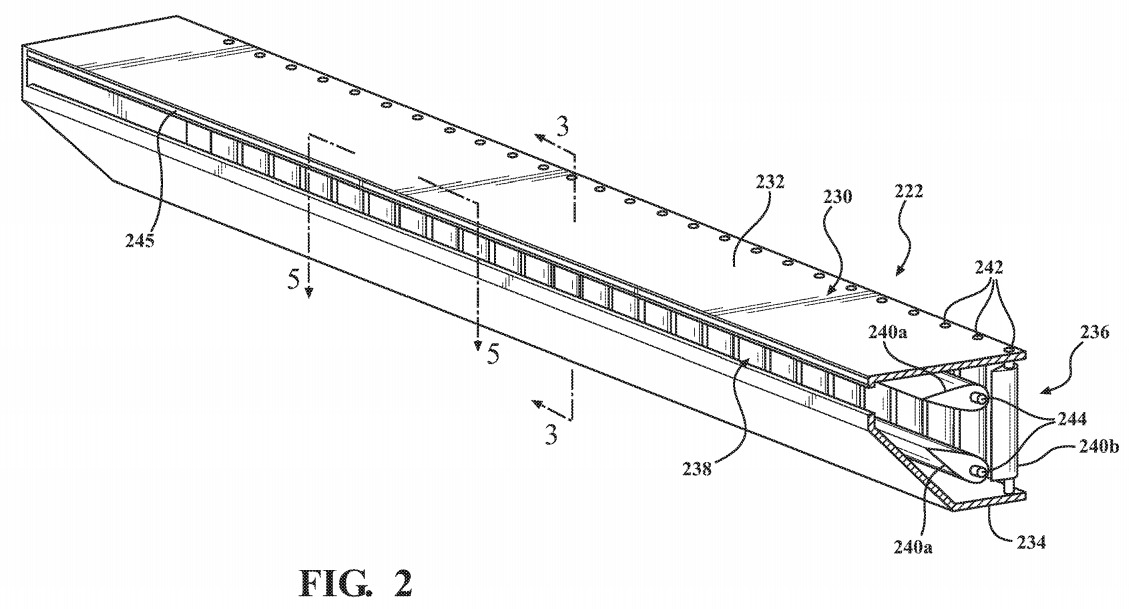 The main addition is the use of a “fluid flow path” inside the housing, just before it reaches the passenger. In effect, this consists of a small trough underneath the path of air, just after it has passed the fin assembly.

Naturally, the fluid is scented, and being positioned at the very end of the air conditioning system, this means the smell will more immediately exit and fill the cabin.

As part of the design of the fin unit, there is a steep incline between the fluid flow path and the actual outlet, one that is just enough that anyone who looks into the vent won’t be able to see the trough itself.

The fluid flow path consists of a delivery module and a fluidic control device, with the latter moveable to adjust the direction of the fluid’s flow within the housing. Thermal passages can also be incorporated to heat or cool the liquid, adjusting how effective the smell enters the air by increasing or reducing it. 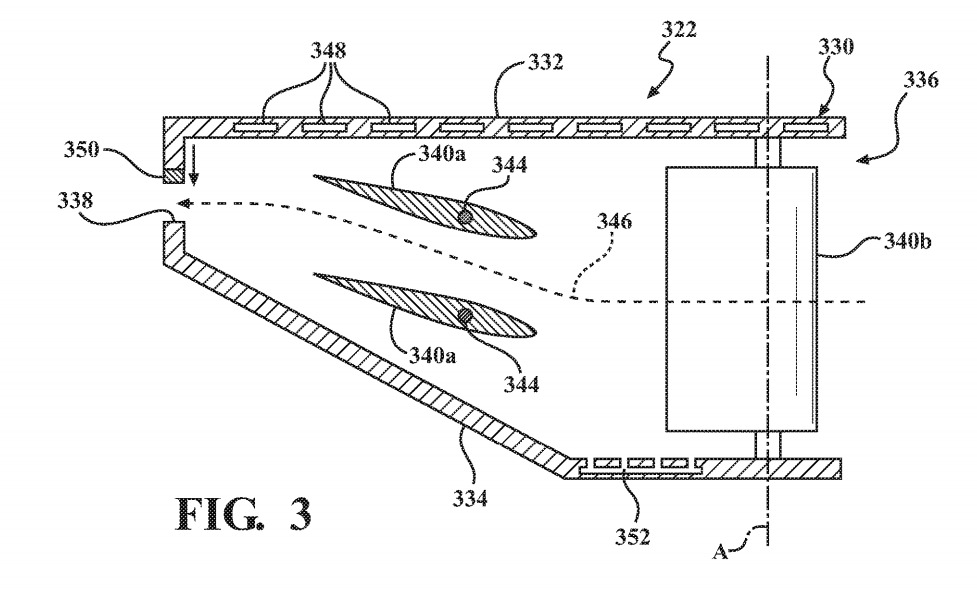 A trough at the bottom of the vent would contain smell-producing liquid.

This control can also be adjusted by other factors being monitored for each profile that the user has selected, such as what scent or fluid is being delivered, the speed, temperature, and humidity.

Though the patent largely discusses smell, it also includes elements where it talks about how to minimize the visible appearance of the vent. As well as taking up a very low profile, the filing suggests it may be hidden in a variety of ways, such as a porous material cover, a shutter device, or a lighting feature.

A “roller-blind-style” cover, flexible fabric with openings, and “ferromagnetic fabric with controllable chains” are also suggested as ways to mask the vent.

The patent lists its inventors as John M. Kearney, Clarisse Mazuir, Arthur Y. Zhang, and Samuel B. Schaevitz. It was originally filed for on May 26, 2017.

Apple files numerous patent applications on a weekly basis, but while the existence of a filing indicates areas of interest for Apple’s research and development efforts, they don’t guarantee the appearance of the idea in future products or services.

The long-rumored and awaited Apple Car has many patent filings associated with it, and covering a wide number of different areas, including some that rethink conventional features.