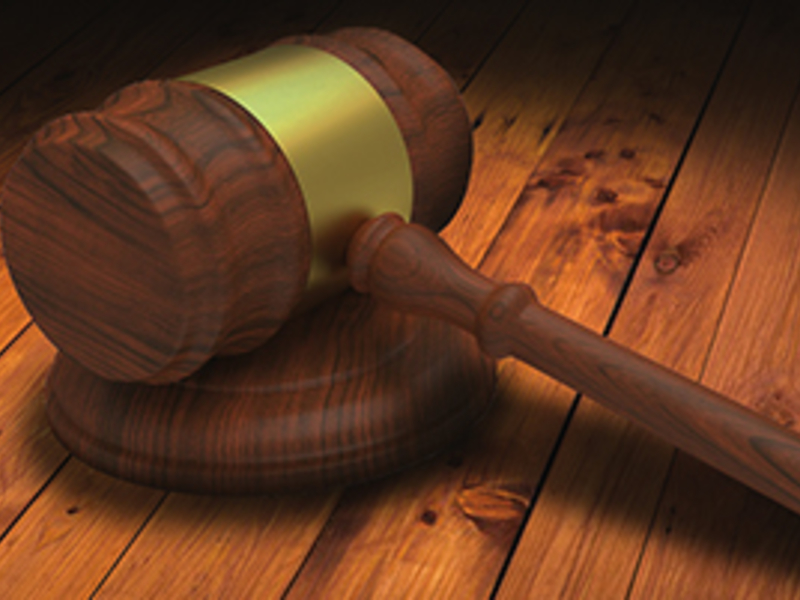 EVANSVILLE, Ind. — An Indiana tire shop manager who claimed to have a handicap to avoid prison actually was trying to improve his handicap before heading behind bars.

Joshua W. Eaden faces 46 months behind bars thanks to schemes he cooked up to defraud both a local business as well as tire maker Bridgestone Americas Inc.

The 38-year-old Oakland City, Ind., man was a manager at Best-One Tire & Service in Princeton, Ind., when he defrauded Gibson County Coal over a period of 30 months in 2013-16 through false invoices for foam tire-fill services that never happened, according to U.S. Attorney Josh J. Minkler for the Southern District of Indiana.

Gibson County Coal paid more than $189,000 in that scheme, the government said, and Mr. Eaden received higher bonus payments thanks to a higher net profit percentage at Best-One Tire & Service.

While Gibson County Coal was being billed for services not rendered, Mr. Eaden also reported phantom tire sales to Bridgestone to take advantage of a tire sales rewards program that paid bonuses.

“Eaden reported tire sales to Bridgestone that never occurred and cited invoices related to the claimed sales that did not involve the actual sale of any eligible Bridgestone tires or substantially overstated the number and type of Bridgestone tires sold. As a result, Eaden received bonuses as incentive rewards from Bridgestone for the fictitious tire sales,” the government said.

“Mr. Eaden was a trusted employee by many in and around the Princeton community,” Mr. Minkler said in a statement. “His greed got the best of him, and now his career of lies, deceit and fraud are over. This prosecution should remind those out there who defraud local businesses, that they will face real consequences.”

Mr. Eaden was convicted last October on 17 counts of wire and mail fraud, but sentencing was delayed several times as he claimed he suffered a medical condition “severely damaged his vision and rendered him legally blind,” the government said.

When he showed up to be sentenced Sept. 2, 2020, he was wearing dark glass and told a judge his vision was impaired. The government countered that claim as an agent for the Federal Bureau of Investigation testified he saw Mr. Eaden play golf and drive a golf cart during the time of his claimed disability.

“Golf course records reflected that (Mr.) Eaden had played golf constantly in 2020, including on days right after he asked the court to delay his sentencing because of his loss of vision,” the attorney’s office said.

The judge gave what the prosecutor termed an “enhanced” sentence of 46 months after reviewing the golf evidence, the attorney said.

“Mr. Eaden abused his position and the trust his company had in him for one simple reason — greed. To top that off, he thought he could play on the sympathy of the court for a lighter sentence by presenting a disability that was proven to be blatantly false through the dedicated work of our agents,” Paul Keenan, special agent in charge of the FBI office in Indianapolis, said in a statement.

Mr. Eaden, who has to pay $244,683 in restitution, will be required to serve three years of supervised release after his sentence is completed.