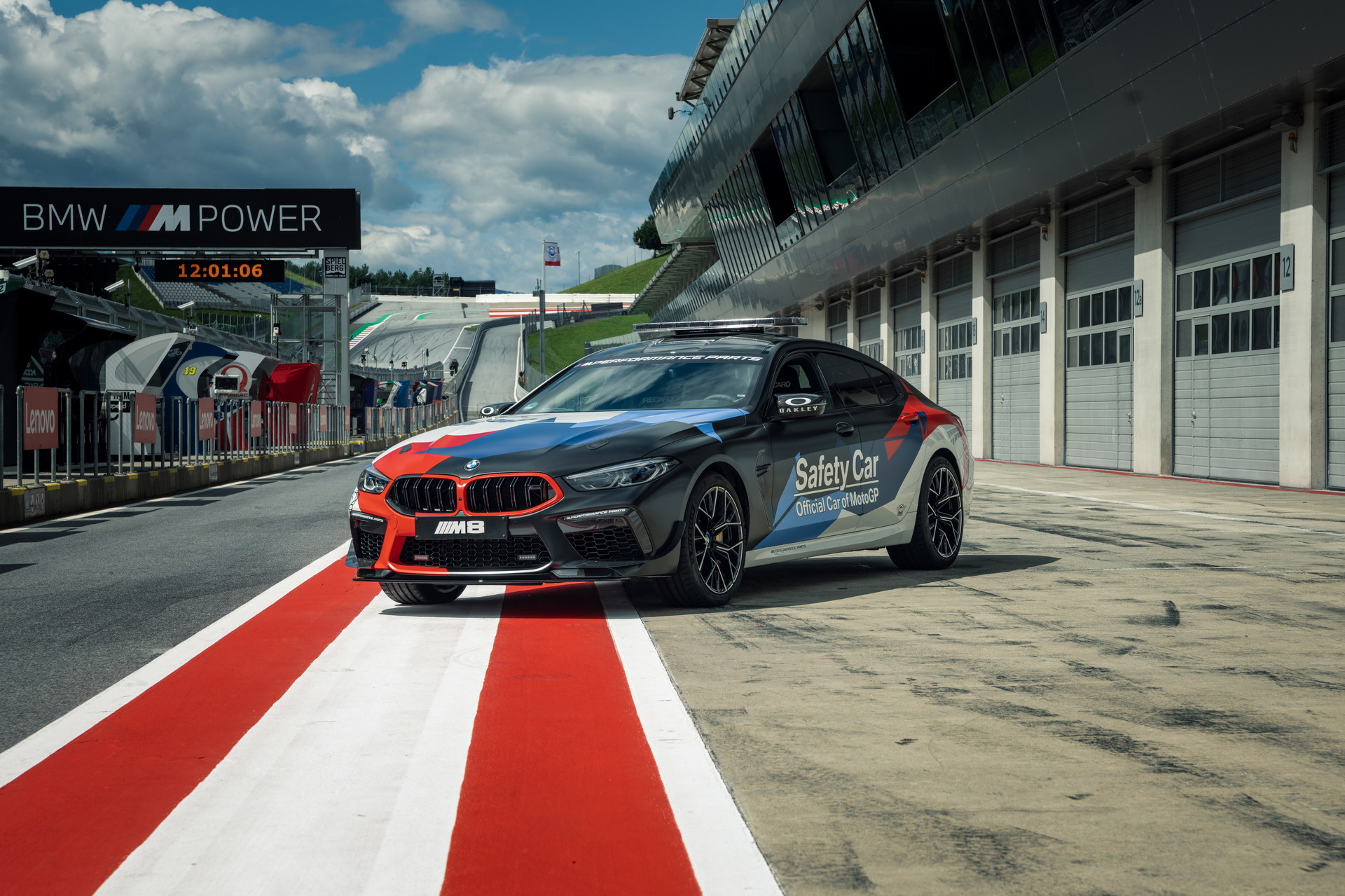 BMW M GmbH has partnered with MotoGP back in 1999 and 2020 marks the 22nd season as “Official Car of MotoGP” for the Garching-based manufacturer. The Styria Grand Prix held this weekend at the Red Bull Ring saw the introduction of the new M8 Gran Coupe Safety Car.

Thus, the long-term commitment to the competition and the established tradition of supplying the finest BMW Safety Car models for the MotoGP championship continues on to the next stage, with BMW M bringing no less than 3 new and different models during the last three seasons.

Markus Flasch, CEO of BMW M GmbH: “Our aspiration is to make use of all our expertise, our innovative technologies from motorsport and new ideas to ensure safety in the MotoGP.”

“The BMW M8 Gran Coupe MotoGP Safety Car is the latest example of this in the now long series of tried and tested safety cars. With its 625 hp performance and many components developed in motorsport, such as the chassis and braking system, it is perfectly equipped for its duties on the racetracks of the world”, concluded Flasch.

Based on the new M xDrive performance-oriented chassis, the F93-underpinned Safety Car is sure to make a bold and dynamic statement on track at each MotoGP stage, in addition to ensuring the track safety.

The new M8 Gran Coupe MotoGP Safety Car can sprint from standstill to 100 km/h in just 3.2 seconds and it is also standardly equipped with the new, dedicated BMW M Track Mode.

Other special modifications for the new MotoGP Safety Car include a complete host of M Performance Parts, including: the carbon engine cover, the exterior mirror caps, the rear spoiler and the rear diffusor, the carbon grille on the sides, the steering wheel, the custom-manufactured front flaps and splitter.

The new BMW M8 Gran Coupe Safety Car is also fitted with special, racing-purpose RECARO seats and the all-so-important light bar on the roof of the car, which consists of LED units.

The F93-based Safety Car also displays a self-assured, muscular appearance thanks to its state-of-the-art, futuristic livery with an asymmetric architecture, a matte-black anti-reflection coating and featuring deconstructed M colors as a symbol of the digital era in motorsport.