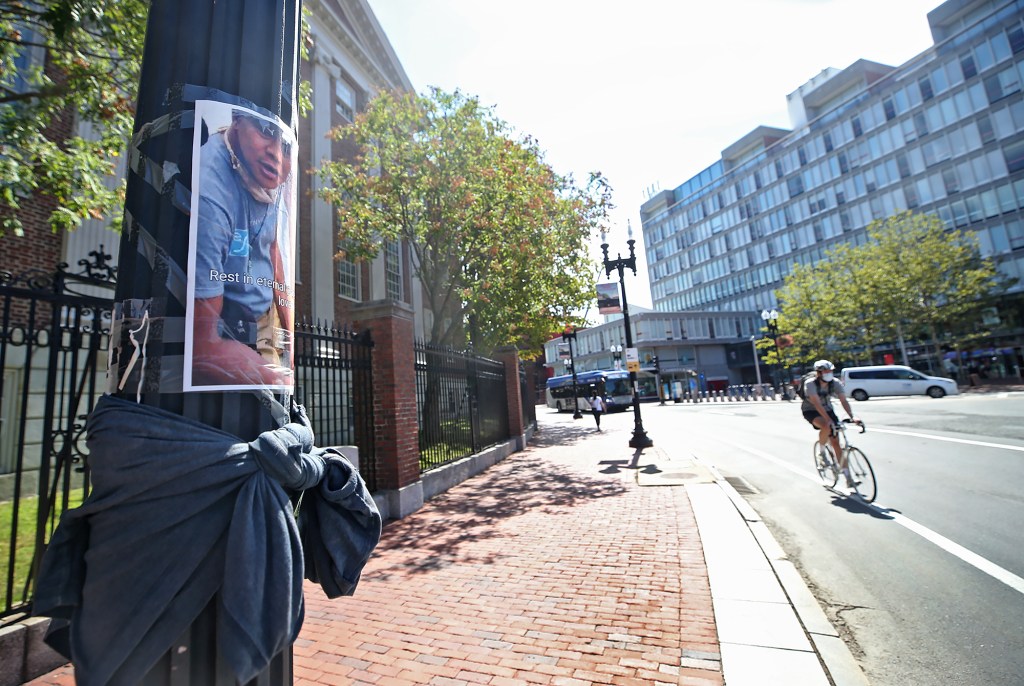 Cambridge officials are making safety changes to Harvard Square after a bicyclist was killed by a tractor-trailer there last week.

The city is building a separated bike lane and reducing travel lanes on Massachusetts Avenue on the curve between the Harvard Square Kiosk and Harvard Yard, according to Cambridge Vice Mayor Alanna Mallon — who wrote that she was “horrified & heartbroken to hear of the fatal cyclist accident.”

The crash last Tuesday happened in nearly the same spot as where a pedestrian was killed by a large truck a year ago.

“I’m hopeful that these projects will better protect Cambridge’s cyclists & restore a feeling of safety, but City action can’t stop at these quick-build improvements, or at the borders of Harvard Square,” Mallon tweeted. “I look forward to implementing the cycling safety ordinance in Sept.”

Cambridge Police last Tuesday at 9:42 a.m. responded to the area of Massachusetts Avenue at Dunster Street for a report of a crash. The bicyclist, a man in his 50s, was pronounced dead at the scene, according to the Middlesex District Attorney’s Office.

A preliminary investigation showed that the tractor-trailer driver was traveling westbound on Massachusetts Avenue — away from Harvard Square — when the crash occurred.

After the tragic accident, community members and advocates for safer streets called for protected bike lanes and changes to Harvard Square.

“We are glad to see that a separated bike lane will be added in this spot, and are grateful to the City of Cambridge for making a plan to implement these changes quickly,” Matt Casale, director of the MASSPIRG Transportation Campaign, said in a statement. “But it is unfortunate that it took another death to get here, and the whole situation underscores the need to make big, statewide changes to our transportation networks.”

Stacy Thompson, the executive director of LivableStreets Alliance, said there’s a “regional and statewide epidemic of fatal crashes on our streets.”