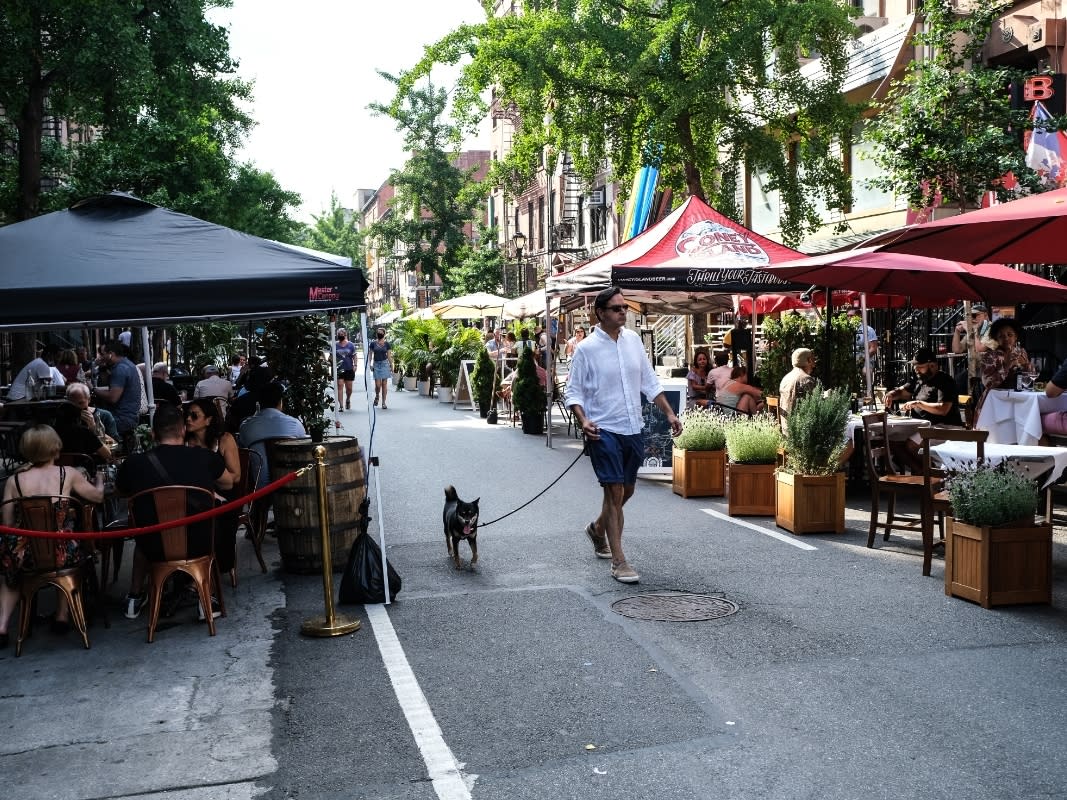 HARLEM, NY — A new open street with restaurant dining is coming to Harlem as part of a citywide expansion of the popular summertime program, Mayor Bill de Blasio announced Friday.

Frederick Douglass Boulevard between West 112th and 120th streets will be blocked off weekends through October, starting Friday evening. The Harlem initiative combines the Open Streets and Open Restaurants programs, allowing restaurants to expand seating into the street while closing it off to car traffic.

The citywide program now includes 81 streets that have been opened up to pedestrian traffic, with 9,900 restaurants joining the Open Restaurants program — an initiative designed to give New Yorkers space to walk, bike and dine safely during the coronavirus pandemic.

The expanded restaurant seating will be in place from 5 p.m. to 11 p.m. Fridays, and noon to 11 p.m. Saturdays and Sundays in most locations.

There are six Open Streets already in place in Harlem, and dozens of restaurants in the neighborhood have already expanded their seating through Open Restaurants. A map of Open Restaurants with sidewalk dining, street dining, or both, can be found here. Click here for a list of Open Street locations that includes information on dining.

The Open Restaurants program was extended last month through Oct. 31.

This article originally appeared on the Harlem Patch