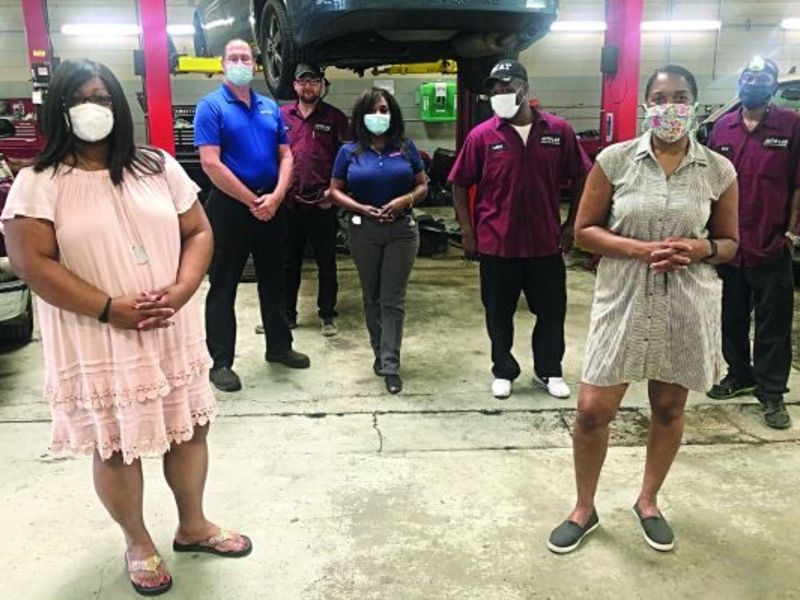 “The state of Illinois is prime for our expansion model as we are targeting communities that are in need of economic empowerment, job creation and where there is a great need for quality car repair work … ” Mr. Fullmer said, noting the average age of cars in some key cities is approaching 12 years.

Ms. Lewis-Fullmer said she and her husband are “committed to creating the ultimate franchising opportunity,” with an emphasis on recruiting minority businesspeople into this field.

“Black entrepreneurs have thrived in franchising for years and are choosing this route over founding traditional small businesses at a faster rate than the broader population,” she said.

“Government data show a substantial jump in the number of black-owned businesses from 2007 to 2012, from 1.9 million to 2.6 million. Statistics also show that 30.8% of franchise businesses were owned by minorities, while non-franchised businesses have nearly 19% minority ownership.”

The couple’s interest in the auto service industry was piqued by Alton Bathrick, a Midwest investment banker who introduced them to Mr. Wilson and advises them on other matters.

“We looked at a number of other franchise opportunities,” Mr. Fullmer said, “but we were drawn to Auto-Lab because their mission of creating jobs aligned with ours.”

In particular, the Fullmers pointed to an Auto-Lab initiative from a few years ago in Texas with the Prison Entrepreneurship Program, a Houston-based nonprofit organization that assists formerly incarcerated men through entrepreneurship, education and mentoring.

Since becoming Area Developers earlier this year, the Fullmers have sealed one deal for an Auto-Lab, with a female investor in Milwaukee, and said they have a number of other deals pending in the Chicago metro area.

Long term, they see the potential for up to 60 Auto-Lab locations throughout Illinois and as many as five in the Milwaukee area.

At the same time, they’re about to open their second location, a new quick-lube version of the Auto-Lab model — Auto-Lab Express 30 — in Forrest Park, Ill., a village of about 14,000 on Chicago’s near West Side.

“We can help build wealth throughout all communities by offering franchises to women, minorities and to our nation’s veterans,” Ms. Fullmer said, noting they are seeking to tie supplier diversity to economic opportunity.

“We also can measure the number of jobs created through the franchises while building generational wealth. Mechanics will be trained to manage the Auto-Lab shops in hopes that they will be in succession and also open their own shops.”

Mr. Wilson, who bought control of Auto-Lab in September 2019, said: “We see this as a mission to provide high quality jobs, as well as ownership potential, for hundreds of individuals who otherwise might not have been afforded such a chance.”

“Partnering with Wanda and Larry Fullmer just made sense as our synergies will ensure marked progress and growth.”

The Fullmers — he brings 30-plus years of corporate management experience in the food-service and hospitality industries; she’s a Grammy-winning gospel singer with corporate sales experience and a multiple business owner — said they see the Auto-Lab system as an enterprise that offers “quality, credibility and value proposition.”

In Kankakee, the city offered them a former auto dealership property that has been vacant for a number of years. They since have tapped into a workforce development program at Kankakee Community College to help employees and potential employees further their education and help prepare them for potentially becoming entrepreneurs themselves.

“We are committed to training,” Ms. Lewis-Fullmer said. “We want to help all employees prepare to become their own bosses, if they so choose.”

As business partners, the Fullmers said they see the franchise route as a way to “create opportunities for growth … in rough areas; to offer career opportunities in areas where few exist.”