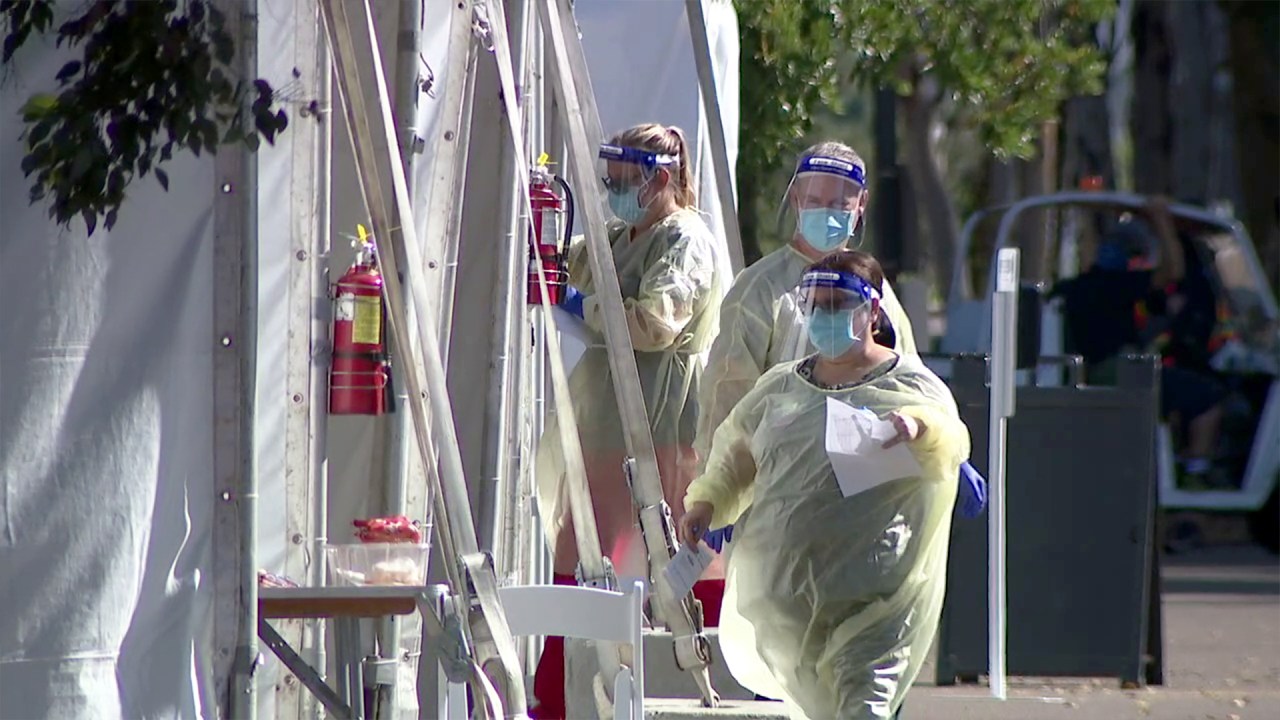 Map: Where COVID-19 cases have been confirmed in San Diego County

Two women and two men died, and their ages ranged from early to late 60s. Three had underlying medical conditions.

Of the 11,371 tests reported Friday, 3% returned positive, bringing the 14-day rolling average percentage of positive cases to 2.8%. The seven-day daily average of tests was 10,127.

In the past seven days, Oct. 3 through Oct. 9, 38 community outbreaks were confirmed, well above the trigger of seven or more in a week’s time. A community setting outbreak is defined as three or more COVID-19 cases in a setting and in people of different households over the past 14 days.

The testing positivity percentage is 3.5%, the same as last week, and it is in the third — or orange — tier.

San Diego State University reported that of the five confirmed cases added to the total case count on Saturday, three are new cases. The remaining two cases were previously reported to the county, but only recently identified through cross-referencing between SDSU and the county, as having an SDSU- affiliation.

Since Aug. 24, SDSU is aware of 1,102 confirmed cases at the university and 68 probable cases. None of the COVID-19 cases have been connected with instructional or research spaces since fall instruction began. This brings the total probable and confirmed case count at SDSU to 1,170 as of Friday at 6 p.m., with the majority of these cases being among students living off-campus in San Diego.

A health equity metric will now be used to determine how quickly a county may advance through the reopening plan, San Diego Public Health Officer Dr. Wilma Wooten said Wednesday.

A community can only be as well as its unhealthiest quartile, she said, and while counties with a large disparity between the least and most sick members of a community will not be punished for the disparity by sliding back into more restrictive tiers, such a disparity will stop counties from advancing to less-restrictive tiers.

Neighborhoods are grouped and scored by census tracts on the Healthy Places Index. Some of the unhealthiest neighborhoods include Logan Heights, Valencia Park, downtown El Cajon and National City. According to county data, the county’s health equity testing positivity percentage is 6.2 and is in the red tier.

Wooten said the complicated metric will be explained further on Monday, when the state releases an official “playbook” of how it is calculated and what it means to communities throughout the state as they attempt to reopen.

On Tuesday, the California Department of Public Health will issue its next report on county case rates.

On Saturday, the county allowed private gatherings of up to three households, based on the state’s new guidance issued Friday.

The gatherings must take place outdoors. If at someone’s home, guests may go inside to use the bathroom.

Participants in a gathering need to stay at least six feet apart from non-household members and wear face coverings. Gatherings should be kept to two hours or less, the new guidelines state.