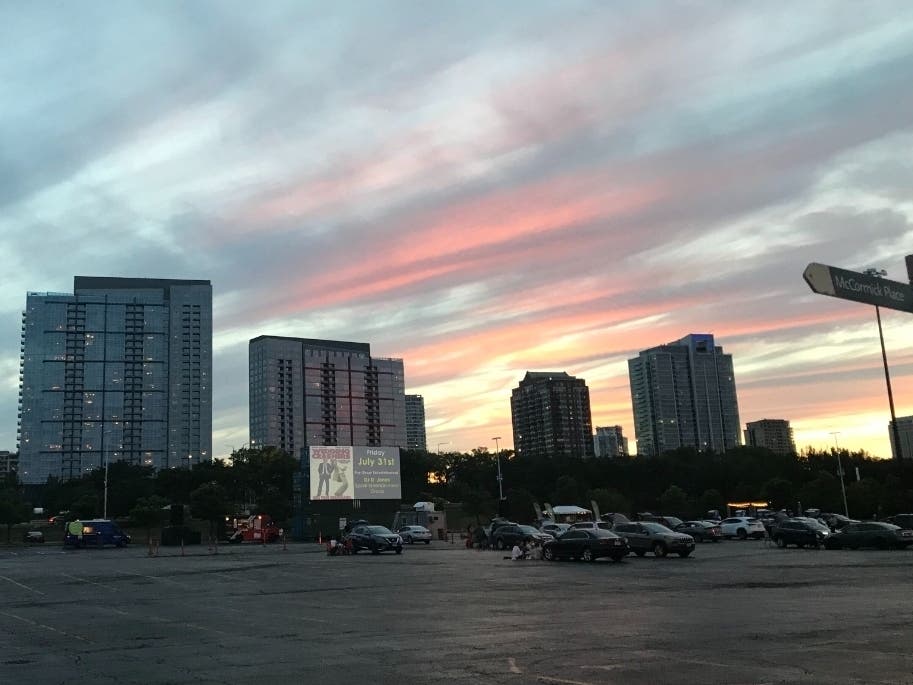 EVANSTON, IL — An drive-in screening of the 1985 film “The Goonies” is scheduled for Thursday on a new screen in the parking lot of an Evanston car dealership. Proceeds from tickets to the event will benefit local nonprofits who have missed out on fundraising opportunities during the coronavirus pandemic, according to organizers.

Autobarn Evanston and The Davis Theater are hosting the event at the car dealership’s lot on the north side of the Evanston Center in the 3100 block of Howard Street. Attendees can purchase prepackaged dinner boxes from four local restaurants along with their tickets to the outdoor screening.

Tickets are $28.16 per vehicle of up to six people and non-refundable. Up to 60 cars will be allowed in the lot, and attendees must remain inside their allocated spaces but may sit in chairs in front of their vehicles.

There will be no vendors on site, but meals are available from the restaurants of Core and Rind Hospitality, which include Taco Diablo, Blue Horse Tavern, Five & Dime and Lulus for an additional $17.55 tacked onto the ticket price. Burgers, bento boxes and several vegetarian options are available.

“The Goonies” follows a group of Oregon children on a quest to find a hidden pirate treasure in an effort to avoid the foreclosure and demolition of their homes to make way for the expansion of a country club. The cult classic was directed by Richard Donner and written by Chris Columbus from a story by executive producer Steven Spielberg. It stars Sean Astin, Josh Brokin and Corey Feldman.

The theater is also operating a temporary drive-in theater at the Lincoln Yards development site at 1684 N. Throop St. in Chicago. Weekend screenings of The Lego Movie and Relic are scheduled before the end of the month. Organizers of the Evanston event hope to host other drive-ins in the coming months.

Evanston’s drive-in movie fundraiser will benefit the Evanston Rotary Club and the Rotary Club of Evanston Lighthouse, according to organizers. The groups will then distribute the proceeds to other local nonprofit groups that have been unable to hold their usual fundraising events during the pandemic.

Organizers recommended attendees arrive between 6:45 and 7:45 p.m. to ensure they have a parking space. The gates will close 15 minutes before the film’s 8 p.m. scheduled start. Tickets are available online and more information about logistics will be available upon entry.