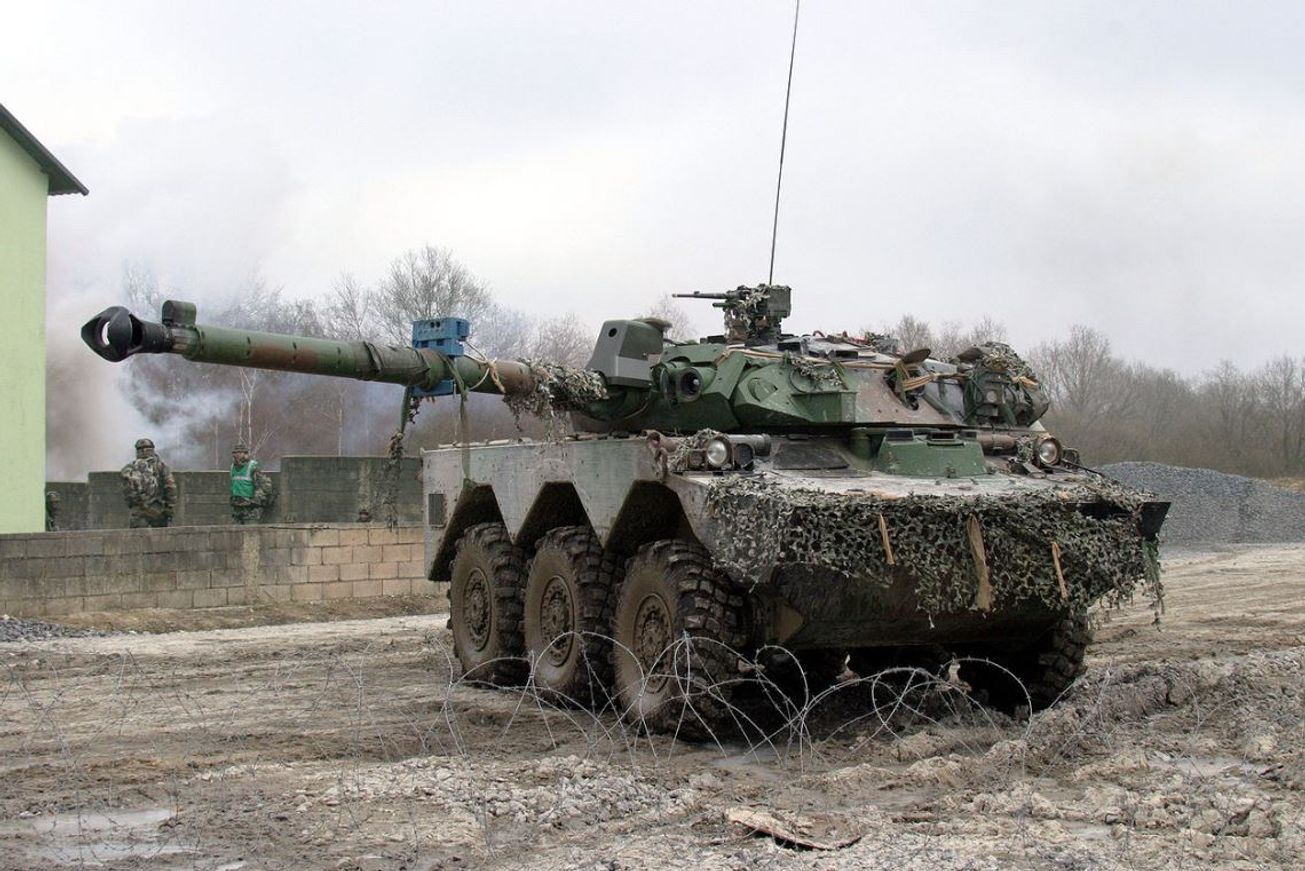 Though armored cars have fallen out of favor with a number of militaries around the world, France still has a number of cars in service. Often nimble and well-armed, French armored cars serve in a reconnaissance role. The AMX-10 is one of the French military’s larger, more capable armored cars, and served faithfully from the early aughts until today, though due to the platform’s armor and firepower limitations, it will be phased out of service in the future in favor of a better protected and up-armored alternative.

The AMX-10 initially served as an armored reconnaissance vehicle with the French armed forces. Though originally an amphibious vehicle, the AMX-10’s dual pump jets were removed in the late 1980s in favor of adding extra armor to the platform for better survivability. Since the removal of the AMX-10’s amphibious capability and the additional weight added to the platform by additional armor plating, the AMX-10’s mission profile has shifted somewhat to flank and rear protection rather than amphibious and land reconnaissance.

Amazingly the AMX-10 sports a four-man crew, despite the small, cramped interior—three in the small turret, and one driver in the hull front behind the armored glacis.

The AMX-10 is sprightly too. All six wheels are powered, giving the AMX-10 excellent off-road capability, especially considering its relatively light curb weight. The hydropneumatic suspension can be adjusted from inside to allow the AMX-10 to transit obstacles that would otherwise not be possible to cross. Additionally, the AMX-10’s tires can be remotely inflated and deflated from inside the crew compartment for additional traction in sandy or otherwise adverse driving conditions.

The AMX-10 did not enjoy as much popularity outside of France compared to some of Paris’ other platforms and was exported to just two countries: Morocco and Qatar. The AMX-10 export to Qatar was particularly small as the country received a paltry ten AMX-10s. During Desert Shield, called Opération Daguet by the French, around one-hundred AMX-10s stormed across the desert during the First Gulf War. It would be one of their last major engagements.

Despite the French affinity for armored cars, the AMX-10 is growing long in the tooth. Its 105-millimeter main gun is increasingly ineffective on battlefields against modern armored vehicles and in particular modern main battle tanks. Paris found a replacement though, stay tuned for more information on the latest and greatest French recon and combat vehicle.

Caleb Larson is a Defense Writer with The National Interest. He holds a Master of Public Policy and covers U.S. and Russian security, European defense issues, and German politics and culture.