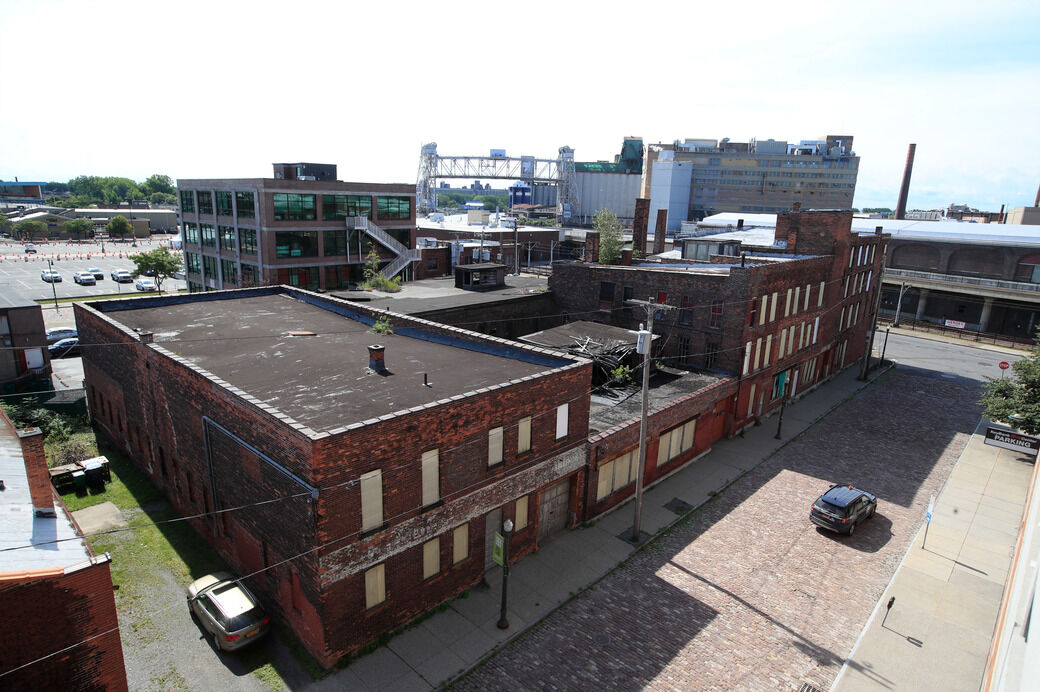 A view of the boarded-up businesses along Illinois Street in the Cobblestone District on Thursday, July 30, 2020. 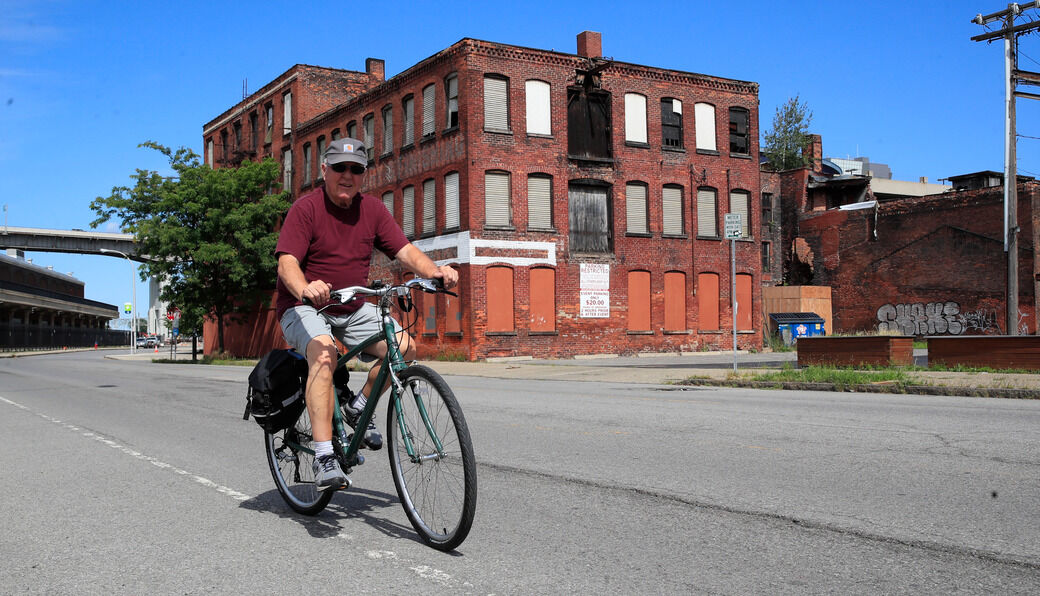 Mike Smith rides his bike along South Park Avenue in the Cobblestone District on Thursday, July 30, 2020.

The 19th-century brick buildings at the southern end of the Cobblestone District have been in danger of collapsing since their owner was first hauled into Housing Court more than 10 years ago.

Now they are emerging as a test of City Hall’s get-tough policy.

The Canal-era structures are deteriorating as millions have been spent nearby to evoke the past at Canalside.

Mayor Byron Brown in December vowed his administration would “crack down hard” on owners not maintaining their buildings. His warning followed the partial collapse of a neglected Civil War-era building on Ellicott Street.

Preservationists and city officials call the Cobblestone District buildings Exhibit A for intervention.

“When we talked to the mayor about his get-tough policy, we gave him a list and said this is the one we want to go after first,” said James Comerford, commissioner of the Department of Permit and Inspection Services.

“This tiny block of the Cobblestone District represents, really, the last intact part of our waterfront related to the Erie Canal,” said Jessie Fisher, executive director of Preservation Buffalo Niagara. “This is our last connection to that part of our heritage.”

In Housing Court in March, the Brown administration asked that Darryl Carr, the owner, put $100,000 in escrow to hire a contractor to stabilize a building at 110-114 South Park Avenue if he didn’t submit a plan to the city and name a contractor at the next hearing. The hearing was to have been in April, but was postponed due to Covid-19.