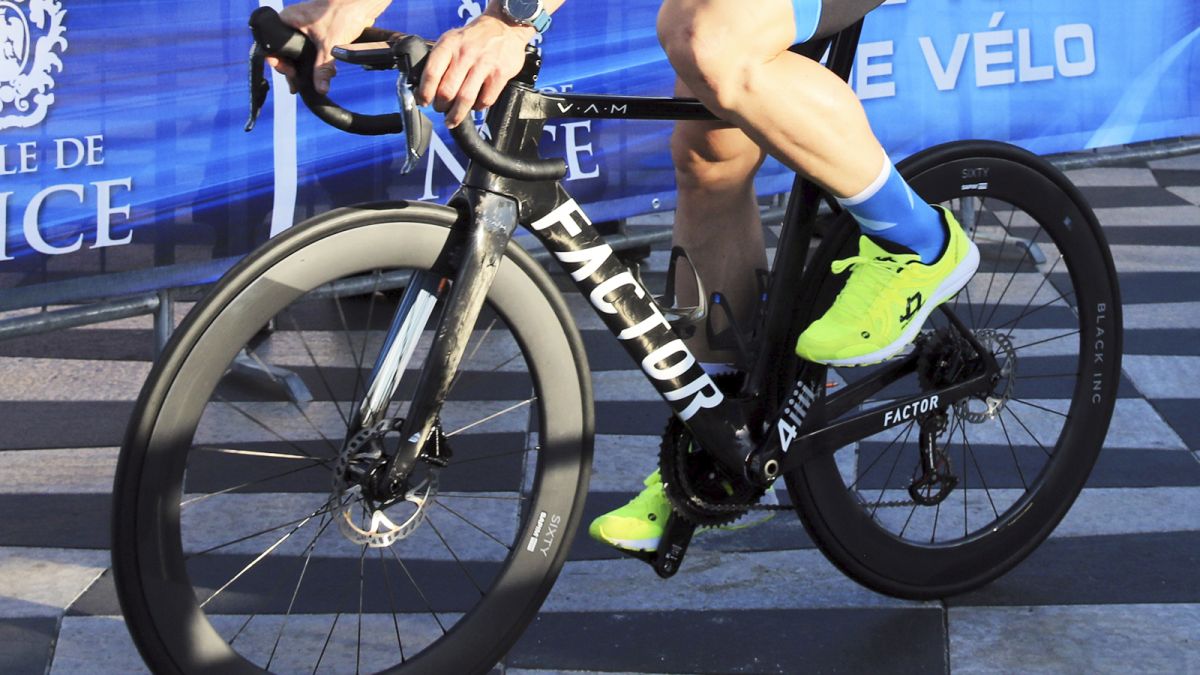 The bike in question is unquestionably aero in design, sharing traits with other aero offerings such as the new Canyon Aeroad, also spotted at the Tour team presentation beneath Alejandro Valverde.

Rumours have been circulating of a new bike from the British brand since a new model appeared on the UCI’s list of approved frame and forks on July 22. The Ostro, given the frame code of FACT-OSTR-RD, is designated as a road frame, available in five sizes between 49 and 58cm. While there’s little proof that this bike is indeed that, it seems a plausible assumption given the timing and lack of alternatives.

Cyclingnews featured a gallery of Andre Greipel’s Factor One Disc, the brand’s current aero bike, from the Tour Down Under back in January. The bike’s disc brakes and double down tube frame design meant it was one of the heaviest bikes in the WorldTour at 7.88kg.

This new aero bike looks to have done away with the double down tube design and, perhaps tellingly, features the V.A.M designation on the top tube. V.A.M stands for velocità ascensionale media – or average ascent speed – and for obvious reasons is a term associated with climbing bikes, not aero bikes. It is also the moniker given to the brand’s lightweight Factor O2 VAM.

With the team’s GC leader, Dan Martin, aboard the bike, does this mean Factor has successfully managed to reduce the weight of its aero offering, following the recent best-of-both-worlds trend of aero bikes that are able to meet the UCI’s weight limit of 6.8kg?

If we see Dan Martin aboard the bike on the route’s mountain stages, we’ll know that they have indeed. However, if he switches back to the Factor O2 VAM when the road points up, it will be safe to assume that the new Factor Ostro will be more of a pure aero offering reserved for sprinters and for flat or rolling terrain.