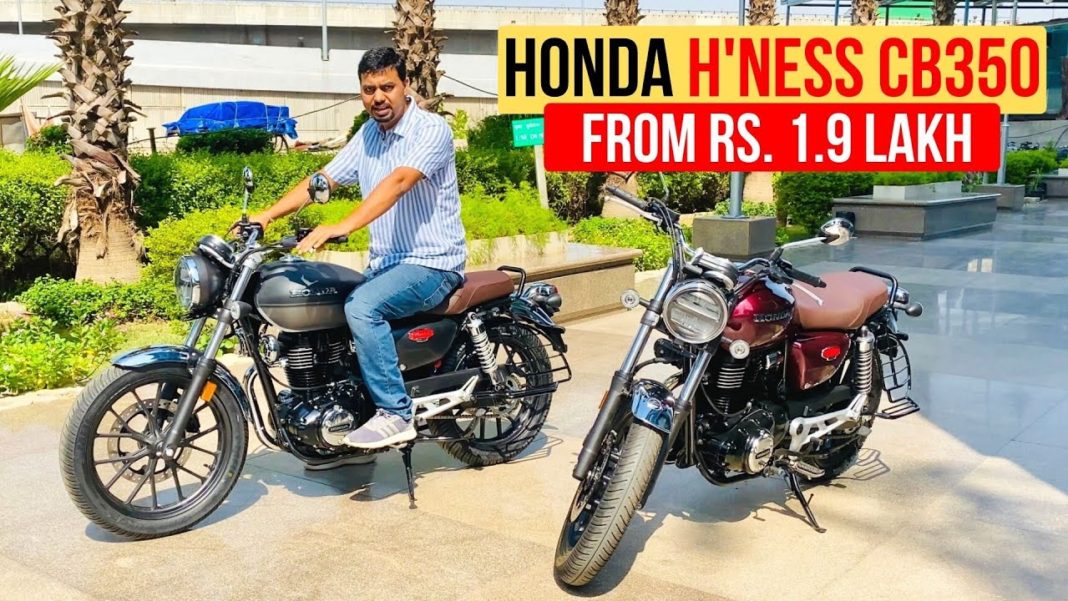 Powering the new Honda H’ness CB 350 is a 348.36 cc single-cylinder engine that belts out 21 PS of max power and 30 Nm of peak torque, and is mated to a 5-step transmission

Honda Motorcycle and Scooter India (HMSI) on September 30, 2020 launched the brand new H’ness CB350 at a starting price of Rs 1.9 lakh (ex-showroom), and the motorcycle has helped Honda foray into the mass-market modern-classic segment that also consists of Royal Enfield Classic 350, Jawa as well as the Benelli Imperiale 400.

The new H’ness CB 350 has gone on to become the most Honda affordable motorcycle to be retailed through the Japanese automaker’s Big Wing premium dealerships in the country. It should also be noted that Honda will be offering the motorcycle in two different variants, namely – DLX and DLX Pro.

Here is a complete walkaround video of both variants of the brand new motorcycle, take a look –

Talking about its design first, the styling seems to have been inspired by the Honda CB motorcycles from the past. The bike gets a round full-LED headlamp, along with LED turn indicators and LED tail lamp. The fuel tank also looks similar to the vintage Honda CB bikes, and gets a large ‘Honda’ badge that gives it a retro look.

In addition to that, the H’ness CB 350 gets chrome fenders, rear shock absorbers and exhaust pipe. However, Honda is offering the motorcycle with black alloy wheels, which add a modern touch to the bike.