Carrying a banner with the words “Total abolition for total liberation,” a group of about 75 people walked down Constitution Avenue toward Ninth Street. They hoped to block the entrance to the Ninth Street tunnel, to “choke the city,” one protester said. It was one of several efforts seeking to […]

Carrying a banner with the words “Total abolition for total liberation,” a group of about 75 people walked down Constitution Avenue toward Ninth Street. They hoped to block the entrance to the Ninth Street tunnel, to “choke the city,” one protester said.

It was one of several efforts seeking to block major entrances to the city to show those who converged on the nation’s capital earlier in the day that “radical organizing isn’t tourism,” said one protester with Freedom Fighters D.C., who declined to be named.

Most of the protesters at Ninth Street wore all black, and many wore goggles and helmets on their heads. One person carried a bat, and another man wore what appeared to be a bulletproof vest.

“You can’t stop the revolution!” they shouted.

Marchers at the Wharf in Southwest Washington were blocking cars from proceeding shortly before 7 p.m. Some protesters urged a driver to get out and march with them, or at least show support. Others said to leave him alone.

Then, about 200 protesters began walking up the ramp onto I-395. When bike police tried to follow, a standoff ensued. At one point, a demonstrator appeared to push an officer, and the group then briefly blocked the interstate before clearing out.

The group then blocked the intersection near L’Enfant Plaza and Independence Avenue in Southwest, chanting, “It is our duty to fight for our freedom” and “We have nothing to lose but our chains.” They applauded as an ambulance and firetruck passed through but made obscene gestures at the police.

Before long, the marchers made their way to the National Museum of African American History and Culture at the intersection of 14th Street and Constitution Avenue. Speakers addressed the crowd with a bullhorn, calling for racial justice, while the protesters obstructed traffic along two of the city’s busiest streets.

Drenched and exhausted, they gathered in the middle of the street.

“I want my 40 acres and a mule,” Kevin Cramer, a 25-year-old consultant and one of the march organizers, said into a microphone. Black people had every right to protest given their role in American history, he said.

On M Street in Georgetown beside the former Dean & DeLuca store, protesters blocked the intersection for around 10 minutes. Cars backed up down narrow streets, trying to avoid the fray. Dozens of D.C. police officers on bikes followed, while cruisers continued to block off M Street.

An organizer lit a foot-long stick of palo santo as the group kept moving, passing medical spas and boutique clothing stores. They turned onto the bridge to find the police had already cleared it.

They sat down anyway. A line of bikes blocked the top of the ramp onto the bridge from Whitehurst Freeway, and a cruiser was parked at the bottom, ensuring no vehicles took the exit.

The group later moved on, blocking the Key Bridge. They soon became a target, not for police but for pedestrians interested in photographing them. Protesters called them out, fearing the photos would be posted on social media and used by police.

“I’m just documenting history,” a White man argued with them. He refused to delete the photo.

“No, you’re not with us,” a protester snapped back, “because I’m asking you to delete that, and you won’t.”

With police keeping their distance from those blocking Key Bridge, a few protesters pulled out cans of spray paint to leave messages on the bridge: “Free them all.” “Teach financial literacy to Black children.” “Look what you created.”

Just before protesters turned down the Whitehurst Freeway, a mom and her two grown daughters from Dayton, Ohio, leaned over the concrete barricade and called out to the protesters.

“Does anyone need a med kit?”

The women, Brittany King, 30; Kristen King, 36; and Patti King, 64, all White, who still wore the neon-green wristbands from the March on Washington earlier in the day, said they had brought the medical supplies — just in case.

“I mean, we watch the news,” Brittany quipped.

“We know what’s been going on,” Kristen added.

As the sky grew overcast over Black Lives Matter Plaza on 16th Street, some protesters turned their attention to a group of about a dozen officers guarding St John’s Episcopal Church, where President Trump staged a photo opportunity two months earlier. Tensions ticked up after a male protester jumped over the concrete barrier, prompting two dozen more officers to arrive on the scene.

“Whose streets? Our streets!” protesters yelled, raising their fists in the air.

“Don’t you dare touch him!” one yelled at the officers as they jogged around the perimeter of the church, asking protesters to stay back. 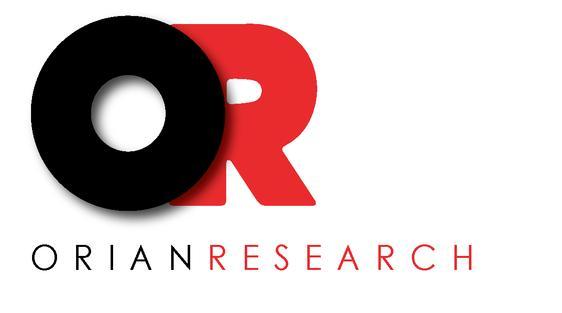