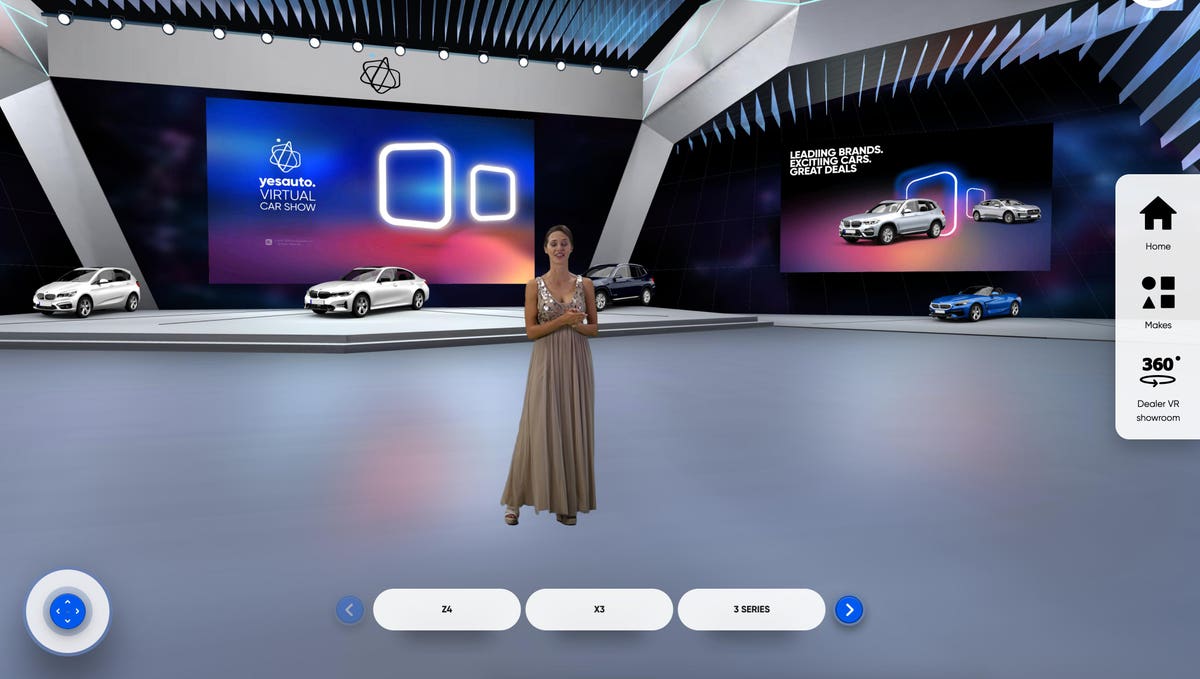 In years to come, 2020 will undoubtedly be seen as a pivotal moment for the traditional auto show. The coronavirus pandemic underscored the writing many already knew was on the wall – that high costs and an annual calendar that doesn’t fit with manufacturer schedules had made car shows increasingly unattractive.

Yes, we in the industry still got a buzz from hopping aboard the 06:30 from London Heathrow to Geneva for the annual jewel in the crown, the Geneva International Motor Show. But coronavirus cancelled the 2020 instalment, and the 2021 show isn’t happening either. If the decades-old highlight of the automotive calendar can’t survive, then what hope does any other show have?

Manufacturers increasingly want to do their own thing, launching cars at a time and place that suits them and their production schedule. Why share the week’s news headlines with everyone else at an auto show, when you can have them all to yourself at your own event?

But, in these times of social distancing and an unwillingness to travel, there may be another way. YesAuto, a newly launched online car-buying platform, believes the answer could lie in virtual car shows, held online. The idea is a simple one; visitors can wander around a virtual exhibition hall from the comfort of their home, either on a computer, phone, or even through a virtual reality headset.

Each manufacturer has a hall to itself, which it can decorate however it likes to keep everything on-brand, while virtual presenters talk to you about the various cars as you approach them. Paint colors can be changed, interiors viewed in great detail thanks to 360-degree imagery, and test drives requested with your local dealership.

And for the manufacturers? They save a fortune compared to transporting a dozen vehicles and a hundred staff to Geneva, Frankfurt or Goodwood, while potentially getting more eyeballs on their wares. YesAuto’s parent company AutoHome held a virtual car show for the Chinese market in 2019 that attracted millions of visitors, each treated to vehicles from eighty manufacturers.

The doors to YesAuto’s month-long UK virtual car show open today, August 29. Ahead of that, I spoke with Stuart Palombo, business director of YesAuto in the UK.

“The great thing about this virtual car show is, for the user, it’s free entry and available through whatever platform you’re on…And for the manufacturers, let’s just say it’s much more cost-effective than building a stand at Goodwood and bringing all your staff down there and booking hotels.”

As well as the virtual show, YesAuto acts as a car-buying platform (much like market leader AutoTrader), but also includes editorial content, videos, user reviews, car configurators, finance plans, and the ability for manufacturers to host launch events.

To that end, Palombo said: “It’s designed to showcase the products, but not just in the virtual car show. We’ll have the ability for manufacturers to use this technology to launch a car into the marketplace…[we are] actively engaged with a couple of OEMs for vehicle launches in Q4.”

Palombo added: “In the current climate of moving the population around to showcase things, this is a great way to showcase your product in a way that is far more cost effective [than attending a traditional show].”

The virtual show currently features vehicles from 19 manufacturers. These include BMW, Jaguar, Maserati, Land Rover, Alfa Romeo, Mini, Ford, Aston Martin, Audi, Volkswagen and Toyota, among others. And, while none are exhibiting just yet, the low-cost virtual format gives smaller companies an opportunity to share the stage, in a way they might not be able to afford in the physical world.

“Some of the smaller guys without the dealership footprint and the hundred-million-pound budgets of the other brands..this is going to be a great way to launch their cars and get a wider exposure for their brand,” Palombo said.

Navigating the show is simply a case of using a keyboard and mouse as you would with a computer game. Each manufacturer has its own hall, with one featured in the entry lobby each day for extra exposure.

The virtual halls contain a range of vehicles, attended by a handful of familiar faces from the automotive world, who deliver a sales pitch as you approach. Car colors can be changed with a click, and extra photos and videos are available too, plus user reviews, and a way to browse new and used examples currently for sale on the YesAuto platform.

There is potential here, but it’s far from perfect. The virtual vehicles have the appearance of a decade-old video game, as do the presenters, whose repeated actions don’t match what they are saying. Some user reviews refer to the wrong vehicle (describing a BMW 8-Series instead of an i8, for example), while others refer to much older versions of the car you are viewing.

Each vehicle has an accompanying set of real-world photos, but they appear to have been taken in a rush by a dealership. Some lack detail, some feature error messages on the dashboard, and one showed a car hooked up to a jump-starter, presumably owing to a flat battery.

The YesAuto platform contains specification sheets for each vehicle, but these are not readily accessible in the virtual show; an expandable spec sheet next to each car, stating engine options, performance, dimensions, paint color names etc, would be useful.

Manufacturers can opt to decorate their stand to be more on-brand, but none appear to have done so, taking away much of their identity in the process. It also seems unusual that some key cars, like Volkswagen’s new electric i3, are missing. I’d hoped to have seen emphasis on electric cars generally, but while three examples of Mini E are in the Mini hall, their electric credentials aren’t mentioned.

A lot of effort has clearly gone into getting this show off the ground, and given the success in China there is certainly potential here to take the car dealership and auto show experience online. But, while the YesAuto virtual concept shows potential, there is still plenty of work to be done to match the real thing.

Update: The article was updated on August 29 to correct Mr Palombo’s job title from general manager to business director.