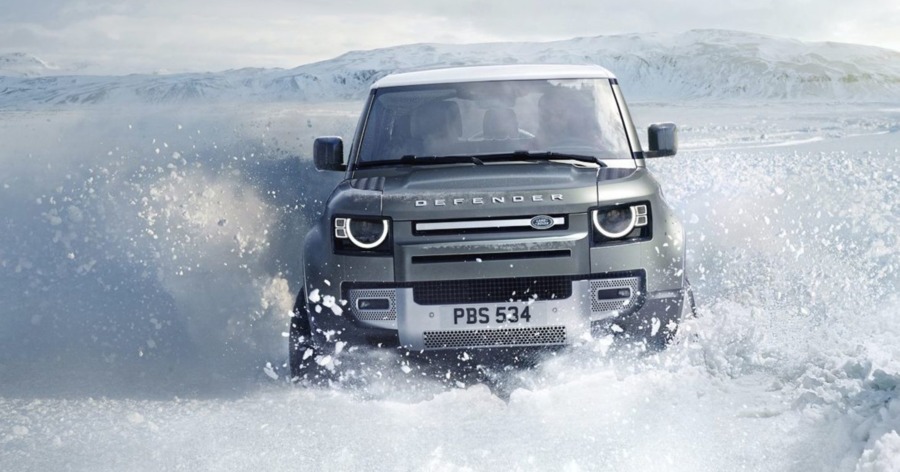 IT is a little over a year since Land Rover finally unveiled one of the most eagerly anticipated new car launches since, well, just about forever, writes William Scholes.

The term ‘icon’ has become debased through overuse to the point where it is almost meaningless.

There are very few genuine motoring icons, at least in my view. For me, clarity of purpose, purity of engineering and singular styling are some of the ingredients that go into creating an automotive icon. Pedigree and longevity are in there, too.

It’s relatively easy to look back and identify landmark cars that are no longer in production. Old Masters, like the Jaguar E-Type and Mercedes-Benz 300 SL, for example, are undoubtedly iconic.

They are also anachronistic, vehicles which once represented the zenith of progress but now, for all their greatness, seem outdated in an era of smartphones and Zoom meetings.

That’s why it is so hard to keep for car-makers to keep their icons alive and vital, not consigned to museums and collectors’ garages.

Porsche’s stewardship of the 911 sports car is a paragon in this regard, the spirit of the 1964 original constantly fettled and evolved, successive models always cutting edge yet always respectful and in step with a revered past.

The Range Rover is certainly an icon too, the original luxury off-roader. It emerged in 1969, but it’s a mere youngster compared to its definitively iconic grandfather, the Land Rover.

Hammered into shape by artisans in Solihull in England’s West Midlands, on the face of it the utilitarian 4×4 couldn’t be more different than the delicate, rear-engined coupe from the Stuttgart scientists. Yet they both have soul.

Land Rovers have been part of the landscape since 1948. You don’t need me to tell you what a Land Rover is; you already know. That’s what happens when you’re an icon.

It played a key role in the Troubles, of course, as transport for police officers and British soldiers. That’s not why it acquired the Defender name in 1990; the launch of the Discovery, the first new Land Rover since the Range Rover, meant that calling the original car simply a ‘Land Rover’ sounded a bit incongruous. It needed a name…

Anyone who thought the Discovery’s arrival would allow Land Rover to put the Defender quietly out to pasture was very much mistaken.

It soldiered on until 2016, when ever-tightening safety and emissions regulations finally killed it off. It was also expensive and inefficient to manufacture. And it was horrible to drive, though fewer people mentioned that.

Nonetheless, during its twilight years it acquired a certain cult status, and a gently modified Defender can be highly sought after indeed.

That desirability has only intensified in the years since production stopped; the Defender is the antithesis of the modern, insulated and cocooning large SUV, a sundial in the world of the Apple Watch.

Never mind that there is only a remote chance that most of today’s Land Rover Defender customers will ever deploy more than a small fraction of its off-road ability – it still has to be able to cross rivers and climb impossible slopes, traverse boulder fields and trek to destinations that even Bear Grylls would regard as remote

With demand for SUVs apparently insatiable, Land Rover knew it needed to bring back the Defender. But with what to replace it?

Which brings us back to the start, and the car on these pages. Some might say that today’s Defender is, in fact, a vehicle more in the spirit of the previous boxy and much-loved Discovery than its namesake.

The 2020 Defender’s physical size and stance certainly puts that comparison in your mind; the original is decidedly petite and even delicate by comparison. The current Discovery is a bit of shoulder-shrug of a car, just another large SUV with an odd tailgate. It’s easy, then, to see a lot of old Disco owners warming to the Defender on that basis alone.

But because it’s the icon, the definitive 4x4xfar, the Defender has to be so much more than a proper Discovery replacement.

It’s got to have peerless off-road ability, for a start. Never mind that there is only a remote chance that most of today’s customers will ever deploy more than a small fraction of its ability – a Defender has to be able to cross rivers and climb impossible slopes, traverse boulder fields and trek to destinations that even Bear Grylls would regard as remote.

To that end, Land Rover has thrown all of its considerable off-road knowhow at the Defender. Forget ye olde world ladder chassis and bolt on bodies; we now have a super-stiff, super-strong aluminium monocoque.

To remind you that this is a strong vehicle, the designers have left some of the structural elements and fixings on show, such as the beam across the dashboard.

But perhaps the genius of the new Defender lies in how 21st century tech has been incorporated into a package in which Land Rover’s old virtues of go-anywhereness are so conspicuous.

Take the so-called Clear Sight Ground View system, for example. It uses cameras, which display their image on the central touchscreen, to show the driver what is directly ahead of the front wheels. The effect is a bit like being able to see through the bonnet and engine block, granting you X-ray vision as you tackle impossible obstacles at crazy angles on terrain you wouldn’t be able to stand on.

And like your iPhone, the car can receive software updates over the air. You were lucky if the old Defender even had a radio…

There’s a mix of diesel and petrol engines, naturally, with the increasingly important mild- and plug-in hybrid capabilities on offer.

Whatever engine and trim level you opt for will obviously reflect your personal requirements and, perhaps, budget.

Perhaps the most fundamental decision you have to make is whether you want your Defender in 90 or 110 flavours, Land Rover shorthand for three-door short-wheelbase or five-door long-wheelbase.

The 90 has arguably the best aesthetics, while the 110 is the large family SUV that can do it all.

You can have the 90 with up to six seats – a nifty central seat between the driver and front passenger makes this possible. The same arrangement can be had in the 110, which can also be had as a five- or seven-seater.

Once you’ve decided what format of Defender best suits your purposes, it’s time to visit possibly the widest options list in motordom. Fancy a roof-mounted tent? Land Rover has you covered…

Time will tell if the new Defender is worthy of the iconic name – you can’t rush into decisions about these things – but on the evidence thus far Land Rover seems to be on the right path. And incidentally, it looks rather cool on the standard steel wheels…