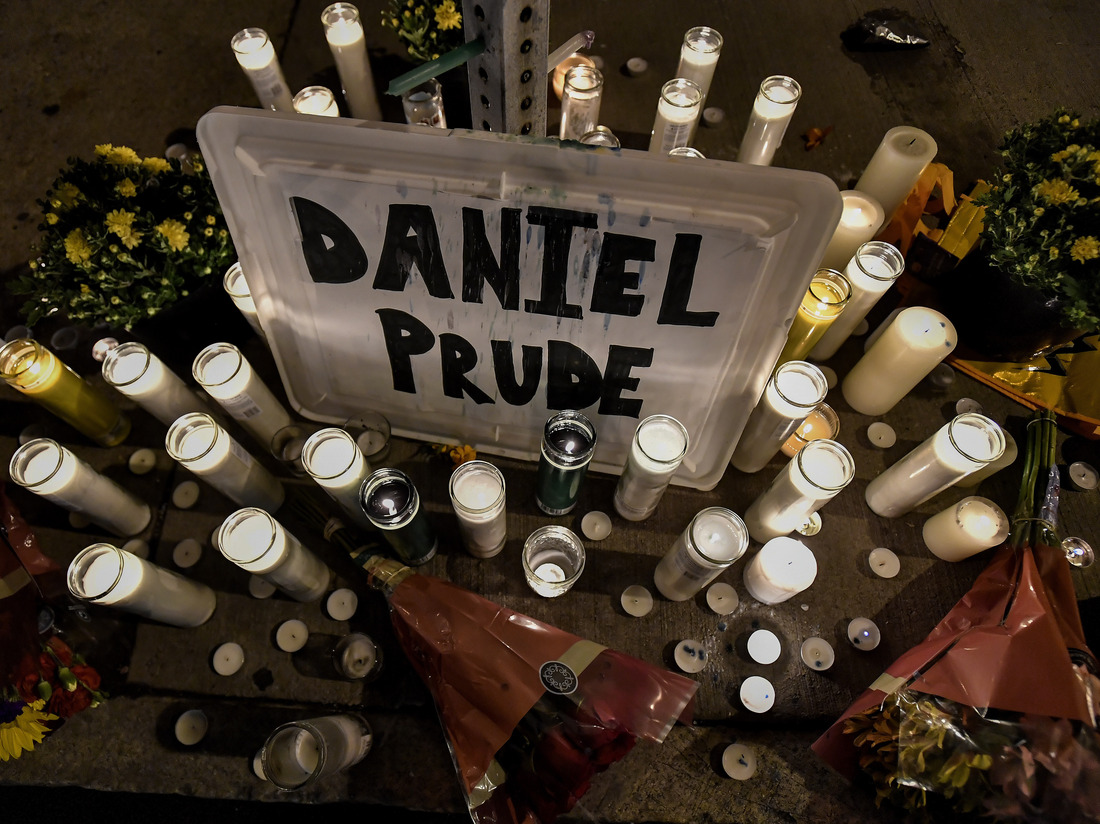 A memorial in Rochester, N.Y. where Daniel Prude, a 41-year-old Black man, died while in police custody this past March. In New York City hundreds of Black Lives Matter demonstrators took to the city’s streets in protest. 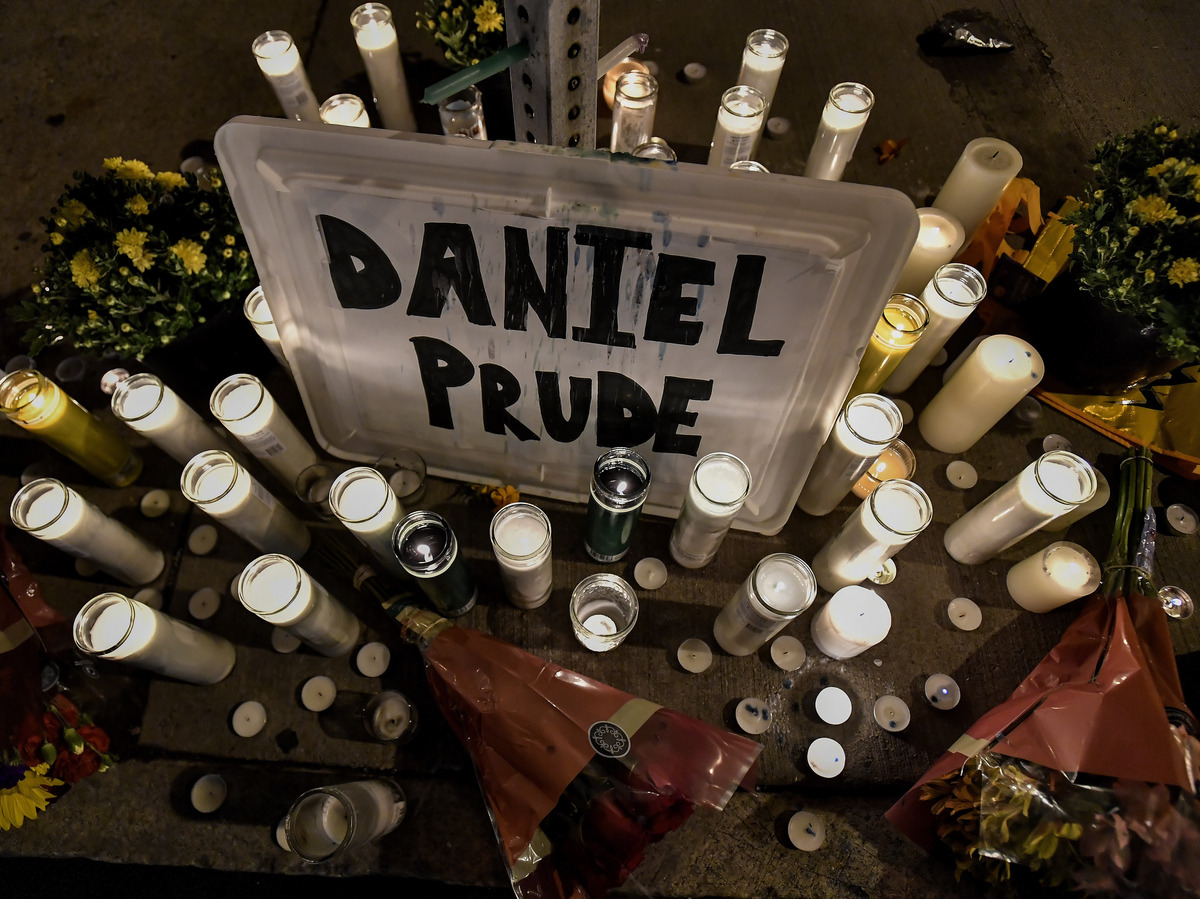 A memorial in Rochester, N.Y. where Daniel Prude, a 41-year-old Black man, died while in police custody this past March. In New York City hundreds of Black Lives Matter demonstrators took to the city’s streets in protest.

A car drove into Black Lives Matter protesters in Times Square, hitting several people on foot and on bicycles.

Several demonstrators captured the chaotic scene which occurred at about 5:17 pm. ET.

One video posted on Twitter by a user named DataInput, shows a dark sedan honking several times before plowing into a crowd of people standing in front of the vehicle. The car lurches through an intersection leaving a chorus of screaming people in its wake.

Minutes later WNYC reporter Gwynne Hogan said the crowd appeared “rattled” but that “most people were able to jump out of the way.”

At least one person says they were injured in the attack.

The protest is still underway despite a heavy downpour of rain and hundreds of marchers intend to continue as planned.

Despite a car driving through the crowd at Times Square, the march is continuing as planned. About 400 protesters are moving North on 8th Ave., they just passed 46th St. pic.twitter.com/OR2qgrYZ2B

New Yorkers streamed into the city’s streets Thursday night following the release of police bodycam footage in which police officers in Rochester, N.Y., are shown cuffing Daniel Prude, covering his head with a hood known as a “spit sock,” then pinning him to the ground until he lost consciousness.

Prude, who is Black and suffered from mental illness, died a week later from asphyxiation.

The officers were responding to a call from Prude’s brother who was concerned for his sibling’s safety.

The incident, which occurred in March, has sparked another round of Black Lives Matter protests throughout the country. And on Thursday the mayor of Rochester, N.Y., ordered the immediate suspension of the seven officers involved in Prude’s death.

Prude’s family is calling for the officers to be fired and charged with murder.

In New York City, a group of anti-Black Lives Matter protesters and those wearing MAGA gear confronted groups shouting Daniel Prude’s name along with the names of several other Black victims who have died at the hands of police.

Hogan reports that protesters have “deescalated the situation” between themselves and Pro-Trump supporters who showed up to counter-protest.

This is a developing story. Some things reported by the media will later turn out to be wrong. We will focus on reports from officials and other authorities, credible news outlets and reporters who are at the scene. We will update as the situation develops.