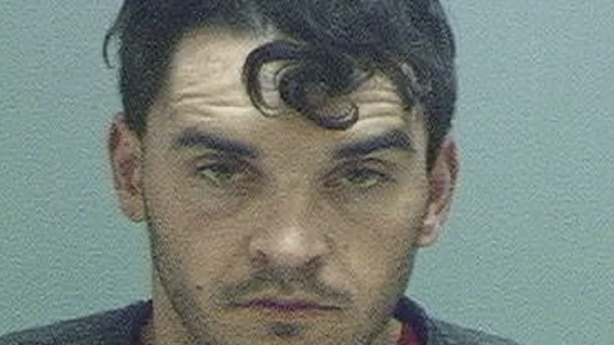 WEST JORDAN — Police have arrested a man who they say was on the run for two weeks and wanted in connection with the death of a man who was run over.

Gerrit David Tracy, 31, was booked into the Salt Lake County Jail Wednesday for investigation of murder and theft by receiving stolen property.

About 3:30 a.m. on Sept. 3, two men in trucks had a confrontation in a residential neighborhood near 9350 S. 1600 West. Both men were previously acquainted with each other, according to West Jordan police.

Robert Holladay, 61, got out of his truck, opened the other man’s door and confronted him. The second man reacted by driving away while Holladay either hung on or was caught in the door, according to police. He was dragged a short distance before falling off.

Holladay died from his injuries the next day.

West Jordan police said at the time they weren’t sure if the incident would rise to the level of a homicide or be a case of self-defense. Police had been looking for the driver ever since the incident.

Now police say Holladay spotted one of his vehicles, which was stolen, parked near his residence.

“(Holladay) attempted to regain access to the vehicle. (Tracy) then ran over the victim with the stolen vehicle and then fled the scene,” according to a police affidavit.

On Sept. 10, Tracy was charged in 3rd District Court with theft by receiving stolen property, a second-degree felony; two counts of possession of another person’s ID, a class A misdemeanor: and four other misdemeanors. In that incident, Tracy is accused of stealing other people’s tax documents during vehicle burglaries in February.