Matthew Dear Shares New Song “New Breed” Made From the Sounds of a Car Inspired by the Mustang Mach-E Aug 27, 2020 By Samantha Small The Mustang Mach-E is not a new DJ Group—at least not until today. Detroit-based electronic musician Matthew Dear was so enamored with the sounds of […] 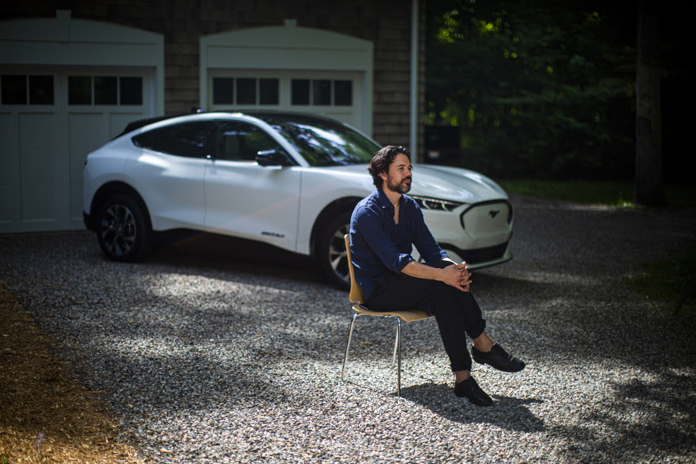 Inspired by the Mustang Mach-E

“New Breed” feels like a car ride. Synths and midi drums pull you along the open road as the inside motors flex back and forth, excelearting slowly. Soon enough, you’re speeding with one hand out the window at around four minutes.

“The idea of remixing the sounds from the Mustang Mach-E was immediately interesting because I’ve always considered myself to be a ‘sound tinkerer,’” says Dear in a press release. “But after I got to actually hear and experience the digital propulsion sounds that Ford created, I was sold on the project. The sounds are cooler than I thought they’d be—cinematic and sci-fi—and all the noises the car makes have a sense of modern musicality. Creating ‘New Breed’ was a new experience and I think the song—like the car—takes its passengers on a voyage.”

The track will be officially released tomorrow in collaboration with Ford Motor Co. You can even see how Ford and Matthew Dear made the piece a reality by watching their short documentary.

The press release states: “Since its debut, Mustang has been synonymous with music, inspiring songs throughout the latter half of the 20th century. With “New Breed,” Mustang Mach-E ignites a new generation of Mustang in music.”

In 2018 Dear released his first LP in six years titled Bunny.When Bunny was announced Dear shared two songs from it, “Bunny’s Dream” and “Echo” (both were honorable mentions on our Songs of the Week list). The album includes a track featuring Tegan and Sara, “Bad Ones,” which he shared as a single last year (and was one of our Songs of the Week). The album also includes another 2017 single, “Modafinil Blues.”

Support Under the Radar on Patreon.