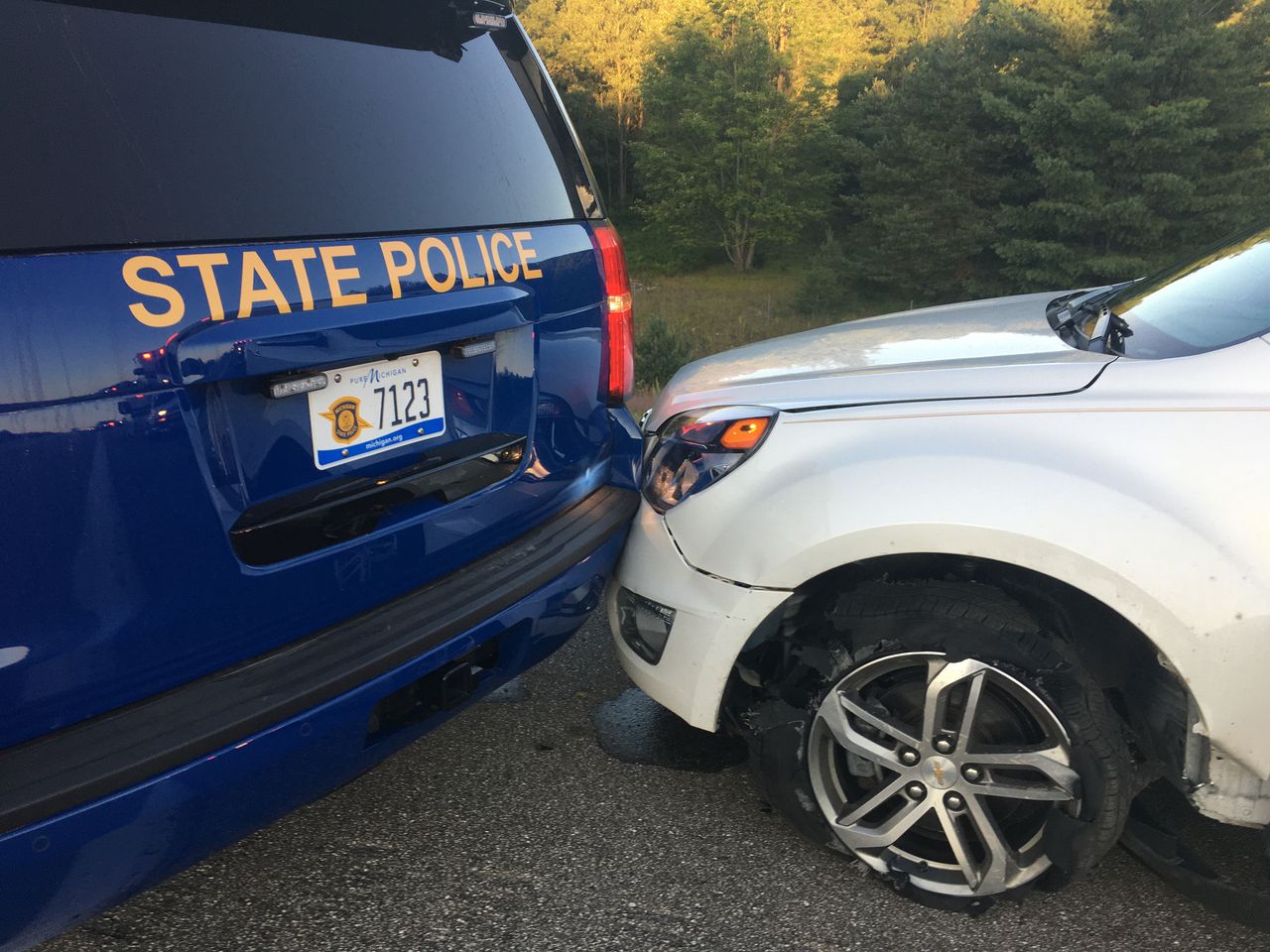 WEXFORD COUNTY, MI – A Michigan man suffering from a stroke traveled more than 100 miles down U.S. 131 on shredded tires before he was saved by a state police trooper.

The incident occurred shortly after 7 a.m. on Tuesday when trooper Tyler Baker from the Michigan State Police Cadillac Post was dispatched to the north-south highway in Wexford County to investigate a vehicle being driven on four flat tires.

The vehicle was eventually near mile marker 188 where Baker activated his emergency lights and siren, however the vehicle did not stop.

Baker made several attempts to pull the vehicle over, including pulling alongside the driver and verbally ordering him to pull over, but that was also unsuccessful, according to police.

Baker eventually pulled in front of the vehicle and slowed the patrol vehicle to stop it. The driver, an 84-year-old man from Petoskey, was suffering from a stroke. EMS was contacted and he was transported by ambulance to Cadillac Munson Hospital.

He had driven over 100 miles on shredded tires and by the time he was stopped his brakes were completely inoperable, police said. Only minor damage sustained to the patrol car.

More than 1,000 pounds of marijuana disguised as steel wire seized in Detroit