Mike Cook is shown with his 1959 Buick LeSabre. 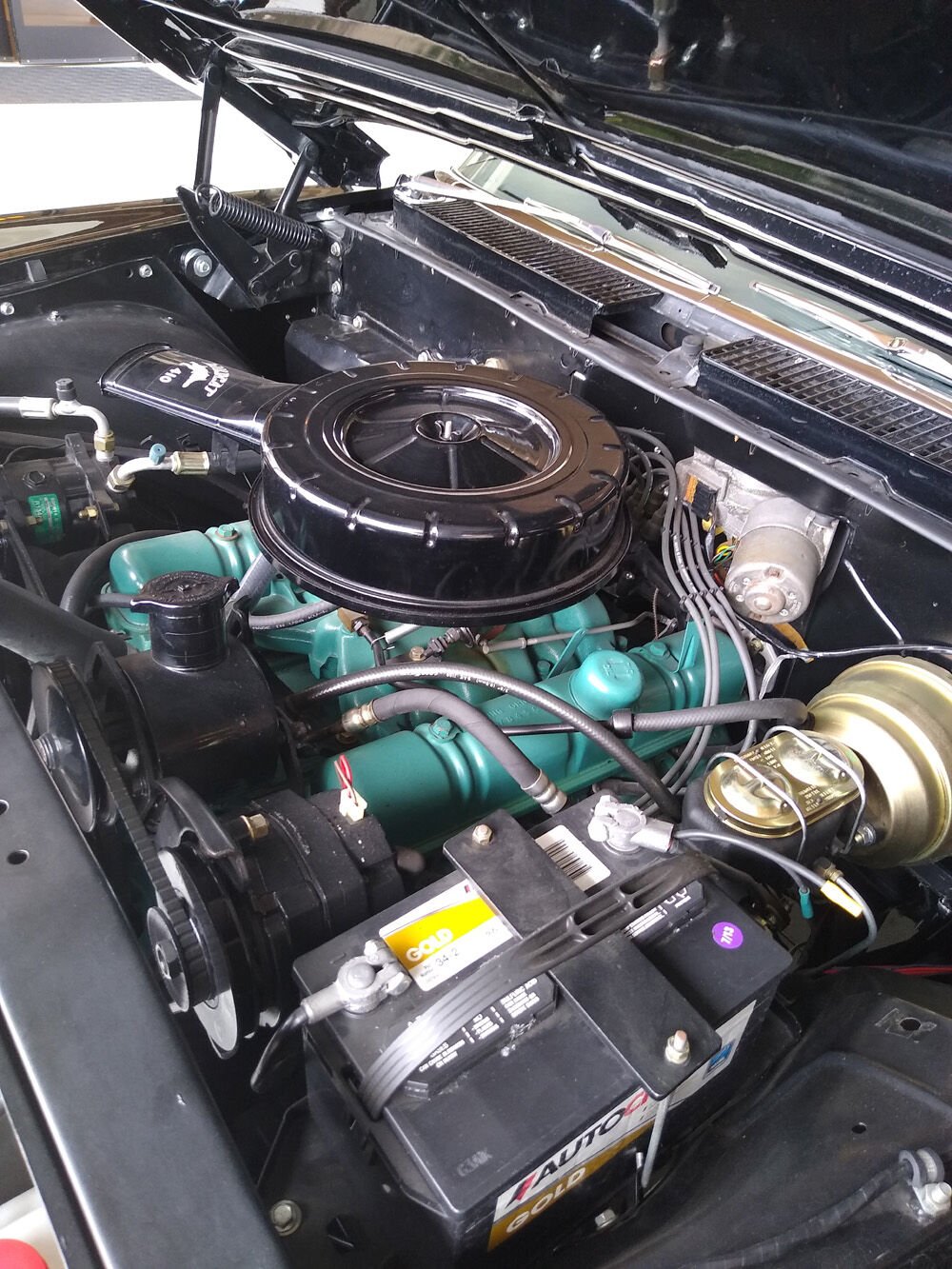 This is a look under the hood of the 1959 Buick LeSabre. 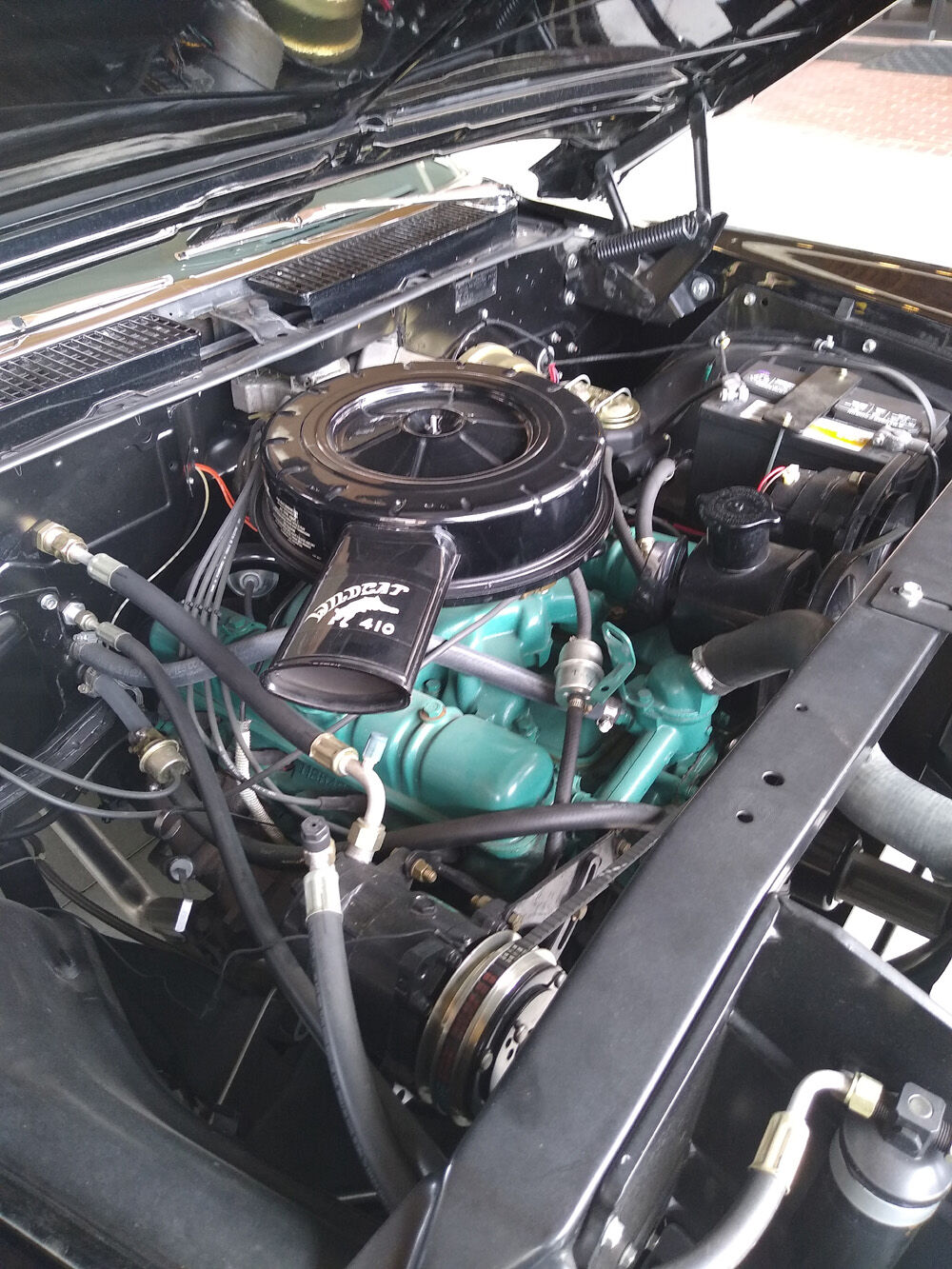 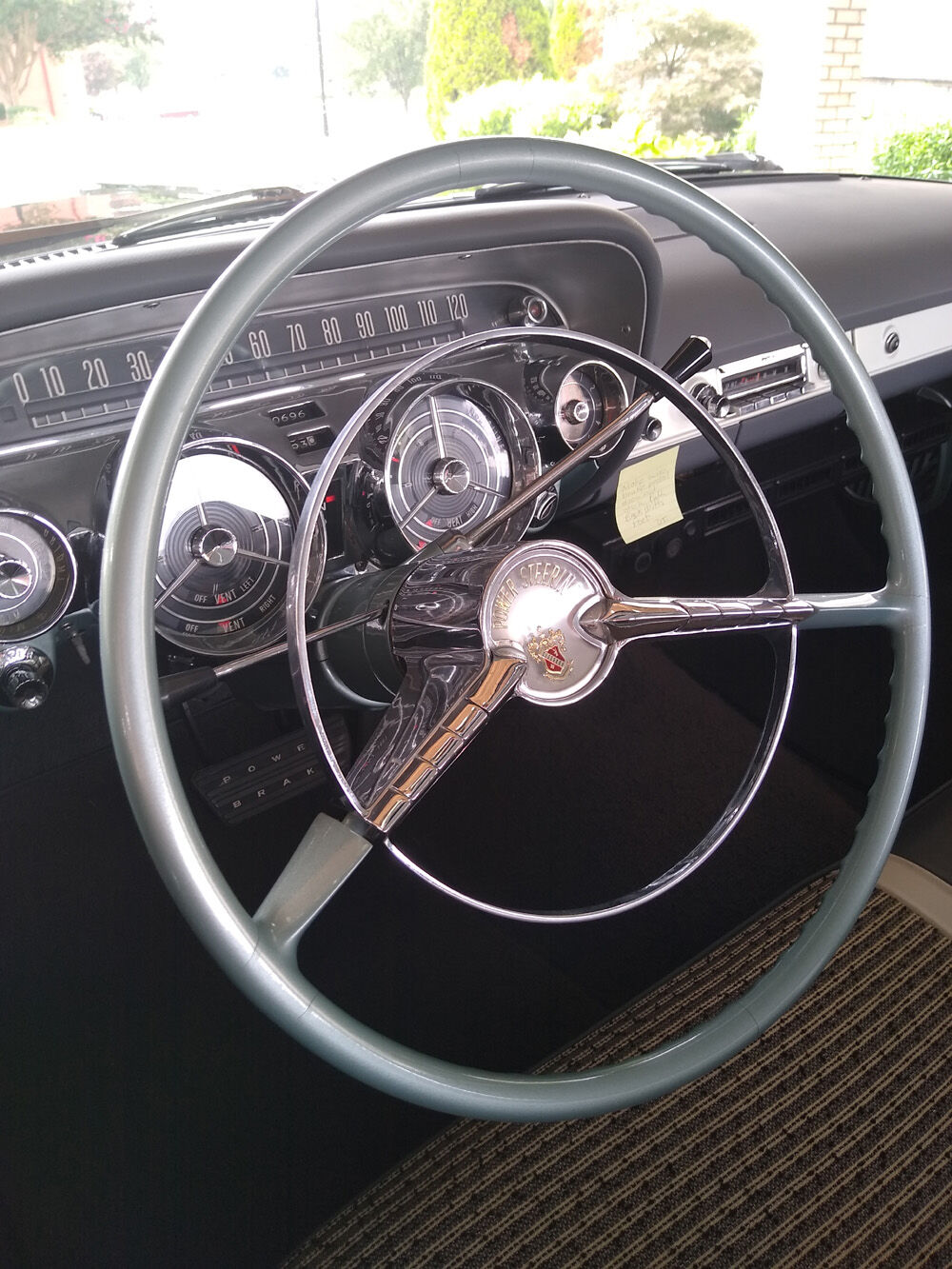 The steering wheel of the 1959 Buick LeSabre is shown. This is a front view of the 1959 Buick LeSabre. 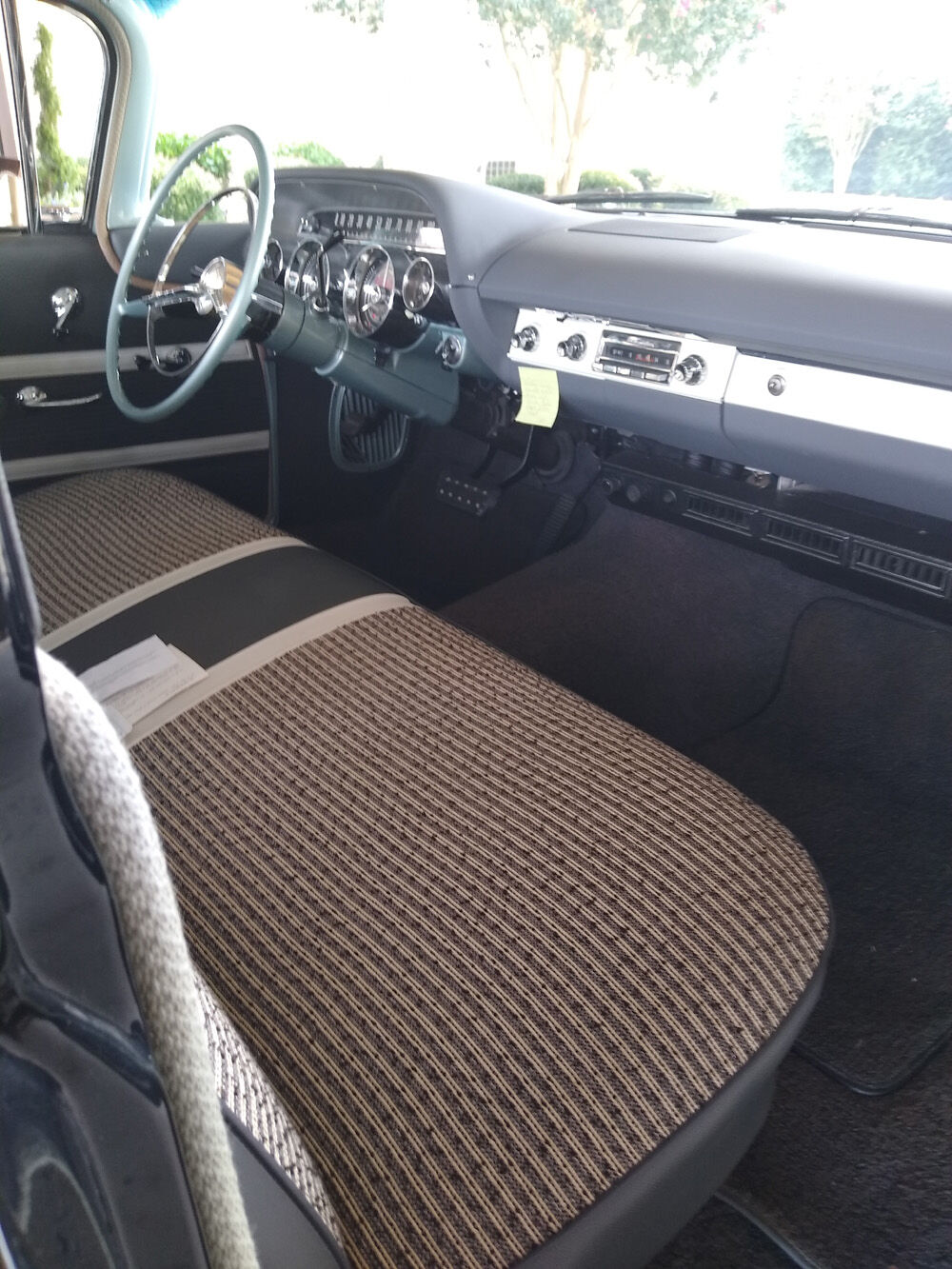 The roomy interior of the 1959 Buick LeSabre is shown. 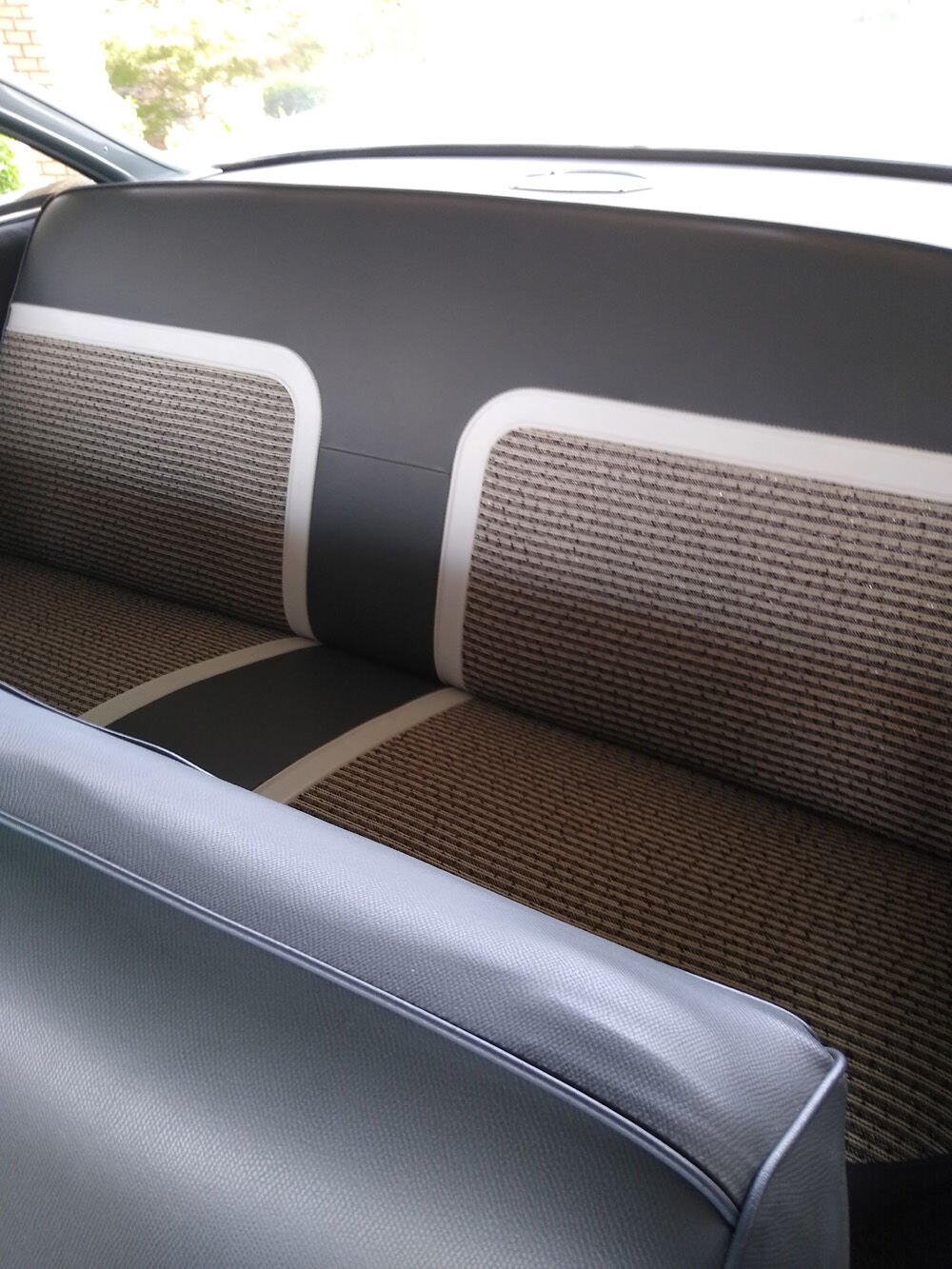 The back seat of the 1959 Buick LeSabre is pictured. The wings of the 1959 Buick LeSabre are shown in this rear view.

When and how did you acquire the car?

My former business partner, James V. “Jimmie” Houston, bought the car new in 1959 at Ed Stallings Buick in Concord. He gave me the car when he decided to move to the Pines in Davidson for health reasons.

Tell us about your car (specs, restoration work, unique items).

I was just going to have some cosmetic issues take care of and like many of us ended up doing a complete off chassis restoration over a five-year period of time. Mr. Houston would probably think I was crazy having it done since I could probably buy several new Buicks for the restoration cost. But I wanted to honor his legacy.

Do you have a fun/ interesting story about the car?

It is fun showing people that you can start the car without a key. Originally there was a starter button under the gas pedal. We moved it to the dash. When Mr. Houston gave it to me it had snow tires on it. It was his bad weather car. Now, I wouldn’t dare get it out in the rain.

What excites you most about owning this car?

Sharing it with others. We use it on funerals at Cavin-Cook Funeral Home for car enthusiasts. Also use it on weddings that we have at our event center, Heritage House. It has been used for proms also.