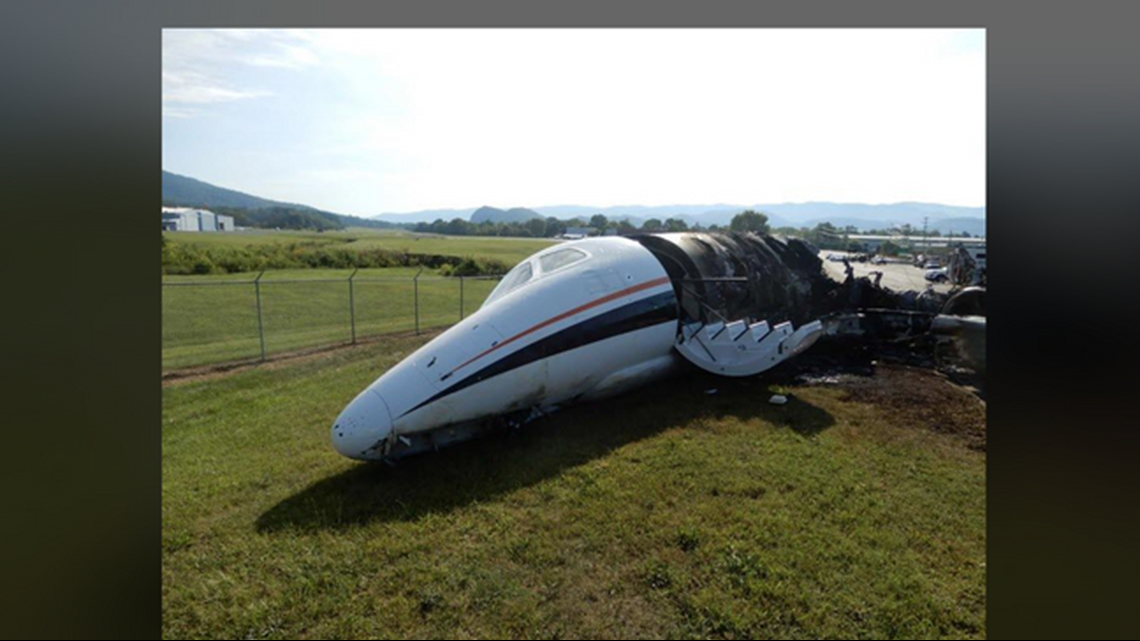 According to the NTSB, the preflight, departure, and cruise portions of the flight were uneventful. However, during the initial approach, the flight crew discussed having some difficulty visually acquiring the airport. The crew also discussed traffic in the area and were maneuvering around clouds which may have increased the pilots’ workload.

The NTSB added the crew also made several comments about the airplane flying too fast and allowed the airspeed to increase well above the reference speed for the approach. About 1 minute and 52 seconds before landing, the pilot pulled back the throttles to idle where they remained for the rest of the approach. The pilot also partially extended the speedbrakes when the plane was 500 feet above ground level, which is prohibited in the airplane flight manual (AFM). Five seconds before touchdown the plane’s descent rate was 1,500 feet per minute (FPM), which exceeded the maximum allowed landing per the AFM of 600 fpm.

The NTSB added the following regarding the landing:

The NTSB indicated that there were no issues with the engines or other parts of the aircraft when it crashed.

Dale Jr., his wife, daughter, and their dog, and the two pilots escaped from the aircraft soon after it came to rest and caught fire.

The NTSB found the probable causes of the accident to be:

The pilot’s continuation of an unstabilized approach despite recognizing associated cues and the flight crew’s decision not to initiate a go-around before touchdown, which resulted in a bounced landing, a loss of airplane control, a landing gear collapse, and a runway excursion. Contributing to the accident was the pilot’s failure to deploy the speedbrakes during the initial touchdown, which may have prevented the runway excursion, and the pilot’s attempt to go around after deployment of the thrust reversers.

This story was originally reported by WCYB.