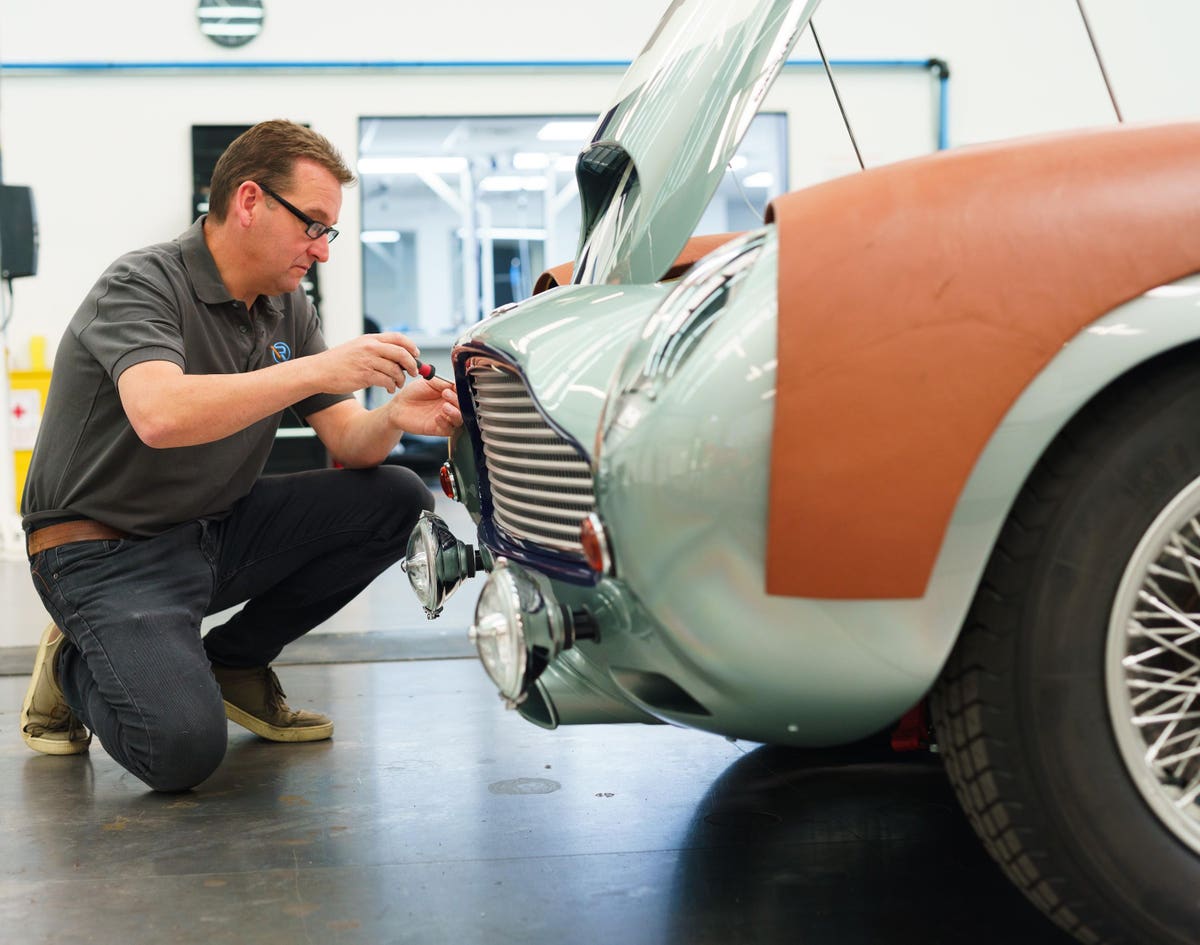 Newly-built classic cars from the Fifties and Sixties are all the rage right now, thanks to the likes of Jaguar and Aston Martin revisiting their back catalogue to sell so-called ‘Continuations’.

Icons like the Steve McQueen-owned Jaguar XKSS, Le Mans-winning D-Type, and even James Bond’s gadget-laden Aston Martin DB5 can all be bought as brand-new cars, assembled from scratch by their respective manufacturers.

But there has always been a problem. Because these cars are technically brand new, yet adhere to safety and emissions regulations of the Fifties and Sixties, they aren’t road legal. Instead they are sold as track-only cars, or for use strictly on their multimillionaire owner’s private land.

Thankfully, R-Reforged has come up with a solution. The British/Swiss firm now offers an ‘Individual Vehicle Approval (IVA) compliance’ service which applies all the necessary changes to make these continuation cars street-legal in the UK. R-Reforged says the service will be offered for “all continuation series, limited production and one-off vehicles, as well as electrified classic and performance cars.”

Taking the £1.5m ($2m) Aston Martin DB4 GT Continuation as an example, R-Reforged says it has already converted seven of the 19 cars built, fitting a fully-reversible kit of parts that incorporates over 60 changes. Modifications include a smoother octagonal wheel nut, street-regulation E-marked side and rear windows, new trim parts with smoother radii to minimize sharp edges, and upgraded lighting, including additional side repeaters and a retractable fog lamp.

To meet pedestrian safety requirements, R-Reforged has replaced the diagonally-cut exhaust tips of the DBT GT Continuation with rolled versions (thus reducing sharp edges at the car’s extremities), and removed the front fog lamps. Inside, changes have been made to the instrumentation and steering wheel, while an immobilizer has been fitted, along with a leather cover for the roll cage.

As well as driver and pedestrian safety, IVA compliance includes meeting modern emissions standards. To achieve this, R-Reforged fits the Fifties-spec Aston Martin with a custom-made integrated silencer and catalyst system. The company states: “Combined with engine tuning and changes to the fueling system, converted Aston Martin DB4 GT Continuations now meet UK emissions standards, enabling them to be enjoyed on the road.”

The conversion kit, which costs in the region of £75,000 plus local taxes, also includes number plates, and the removed components are stored in a tailored wooden ‘campaign case’. The parts can be stored there, then fitted back onto the car whenever the owner wishes, although doing so will void the car’s street legality. Conversion to meet IVA compliance takes up to 10 weeks, so switching a vehicle between street-legal and original specification certainly isn’t a weekend project.

New parts fitted by R-Reforged also include wing mirrors (which are mounted without the need to drill holes in the body), custom Smiths instrument gauges, engine bay panels to prevent dirt ingress, and a bespoke overlay wiring loom.

R-Reforged admits that meeting modern emissions standards could have an effect on performance, but the goal here is to make the car road legal, not to set lap times.

This article was updated on August 26 to include the price of the kit.