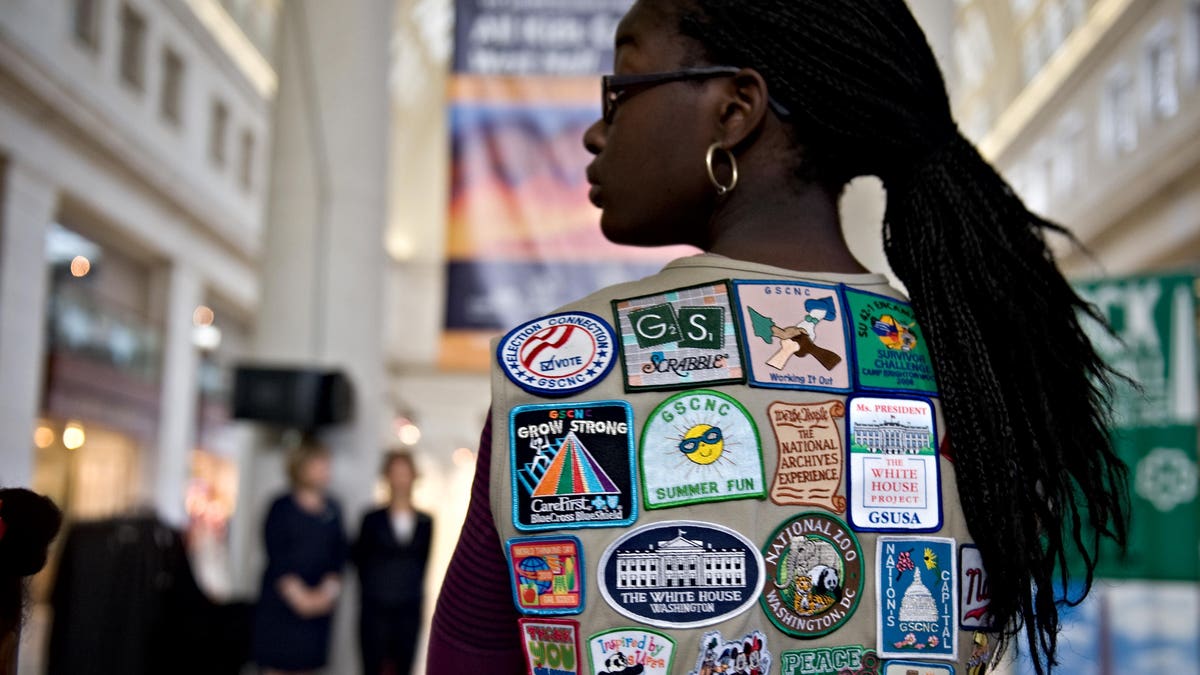 From its humble beginnings in 1912, the Girl Scouts have come a long way and today boast 2.5 million members—1.7 million girl members and 750,000 adult members working primarily as volunteers. Originally founded by Juliette Gordon Low to help prepare young girls for their future, the group’s longevity is often accredited to its ability to modernize and adapt to a rapidly changing society. Now, in 2020, a year that’s brought an election cycle, a global pandemic and economic upheaval, the group is releasing a new set of badges. The 24 new badges focused on entrepreneurialism, STEM career exploration, automotive engineering and civics cover everything from how the electoral college works, to drafting a business plan from scratch and even automotive design basics.

Badges have been a cornerstone of Girl Scouting since the very beginning as a visible signifier of a girl’s understanding of a particular skill. In the very first Girl Scout handbook entitled, “How Girls Can Help Their Country,” there were 27 proficiency badges. The list included a wide variety of skills ranging from the knowledge of how to stop a runaway horse or use a vacuum cleaner to tying various knots and swimming 50 yards “in clothes, skirt and boots.” In the 1917, version of the handbook, Juliette Gordon Low expands on the significance of the badges in her eyes. “A girl asked me what were the occasions on which she might wear her badge, thinking it was not for everyday use. The reply was, ‘You may wear your badge any day and any hour when you are doing what you think is right. It is only when you are doing wrong that you must take it off; as you would not then be keeping your Scout promises. Thus you should either take off the badge, or stop doing what you think is wrong.’”

Over the years, many badges have been added for each of the six Girl Scout age groups. Each time, the badges have been reflective of the moment, aimed at addressing the foremost challenges of the day. In 1916, after the number of cars and trucks registered in the U.S. rose from 2.4 million to 3.6 million, a motorist badge was added. Following World War I, where the federal government emphasized a number of food preservation methods, the canner badge was released. In 1953, the year Harry Truman became the first President of the United States to broadcast his farewell address both on radio and television, the Girl Scouts introduced the radio and television badge.

Girl Scouts USA CEO Sylvia Acevedo believes the new set of badges is equally well-suited to equip young girls for the future. “Now more than ever, it’s critical that we have strong leaders who can make informed decisions that make the world a better, safer, more equitable place. During our current health crisis, the world leaders who have been among the most decisive and effective in addressing the pandemic have been women. With these new badge experiences in STEM, entrepreneurship, and the critically important subject of civics, Girl Scouts is continuing to build the transformational female leaders of today and the future and showing girls the power they have to truly change the world,” said Acevedo in a statement released by the organization.

The badges have always been more than an extension of the uniform, more than a signifier of individual skills-based achievement even. They show where the organization is going and historically serve as a way to capture challenges faced by young girls in America. For the group who’s motto is “Be Prepared,” 2020 has brought new challenges, but seemingly none they’re ready to shy away from.