TribLIVE’s Daily and Weekly email newsletters deliver the news you want and information you need, right to your inbox. Jay Geyer has heard the sound of gunfire in his New Kensington neighborhood. Sometimes, it’s only fireworks, but often, it’s the real thing. His life had never been touched by the […]

Jay Geyer has heard the sound of gunfire in his New Kensington neighborhood. Sometimes, it’s only fireworks, but often, it’s the real thing.

His life had never been touched by the violence surrounding him until the day it crashed into his car, destroying it.

Now his niece, Nicole Geyer of Lower Burrell, is trying to help her uncle replace the car through a GoFundMe campaign. She has a modest goal — $1,500 — so her uncle can get something semi-­reliable.

Nicole Geyer said she had to help her uncle, and the online fundraising campaign was the only way she knows how.

“He didn’t deserve this. He didn’t do anything wrong,” she said. “We are struggling to get him on his feet again. If you don’t have a car, it’s so hard to do basic everyday things.”

The 2012 Chevy Cruze, given to him by relatives less than a year ago, was the best car Jay Geyer, 52, had in more than 30 years, since he dated a woman whose father had a car lot.

He had gone through a dozen or more junkers — the kind of cars worth less than the cost to pass inspection — and had been without a car for a while, relying on rides to work and not going anywhere else much.

The Cruze passed an inspection the day before it was
destroyed.

In the late afternoon of Aug. 29, Geyer was in his Kenneth Avenue home getting ready for work at Pizza Hut in Lower Burrell, where he’s worked since 1990 and is a shift manager.

“I heard the bangs,” he said. “To be honest, you hear them a lot around here.”

He didn’t know that just outside and up the street someone had fired shots from a car and ran off after wrecking into his car, which was parked a couple of doors up on Kenneth.

No one was hurt in the shooting, which New Kensington police Detective Sgt. Matt Saxman said police are continuing to investigate.

A neighbor called and told Geyer he should come outside. He saw the police, then his car with another one smashed into it.

“I could pretty much tell right away it was bad,” he said. He called off work.

The car involved in the shooting, a Hyundai Elantra, hit the left rear of Geyer’s car. The impact pushed it forward and into the back of another car, crushing the front end.

It was towed away. Geyer said one of his nephews, a mechanic, looked at the car and knew immediately that it could not be fixed. The frame was bent.

Geyer said his car wasn’t parked directly in front of his house because a car with a flat tire has been sitting there for a while.

“If I had been where I was normally, it wouldn’t have happened,” he said. “That was the most frustrating part.”

For now, Geyer is relying on another vehicle borrowed from family to get to and from work.

He had only liability insurance on the car, as full coverage cost too much.

Getting another car is beyond his means.

“We’d be grateful for even $5,” Nicole Geyer said.

Jay Geyer understands times are tough all around, and many are struggling. He has told his co-workers not to give him money.

But, he said, “If they have it, I’d appreciate whatever they can do.”

Nicole Geyer said her uncle used to live with her family. He wrote a poem for her when she was born, and watched her when she was a baby. She has three kids of her own now who love “Uncle Jay,” although he jokes it’s because of the pizza.

“Uncle Jay is quiet. He keeps to himself. He doesn’t bother anybody. He’s a gentle giant. He’s one of the sweetest people,” Nicole Geyer said. “It’s ridiculous that a senseless drive-by has caused this much damage.”

Mon Sep 21 , 2020
ATLANTA, Sept. 8, 2020 /PRNewswire/ — This year, the auto retail industry faced unprecedented challenges that upended long-established business practices. However, shutting doors didn’t mean shutting down for many dealerships, who embraced digital adoption and successfully transformed a century-old industry in just a matter of months. That’s why the recognition […] 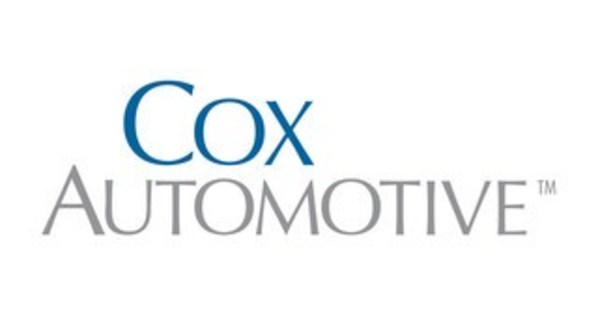