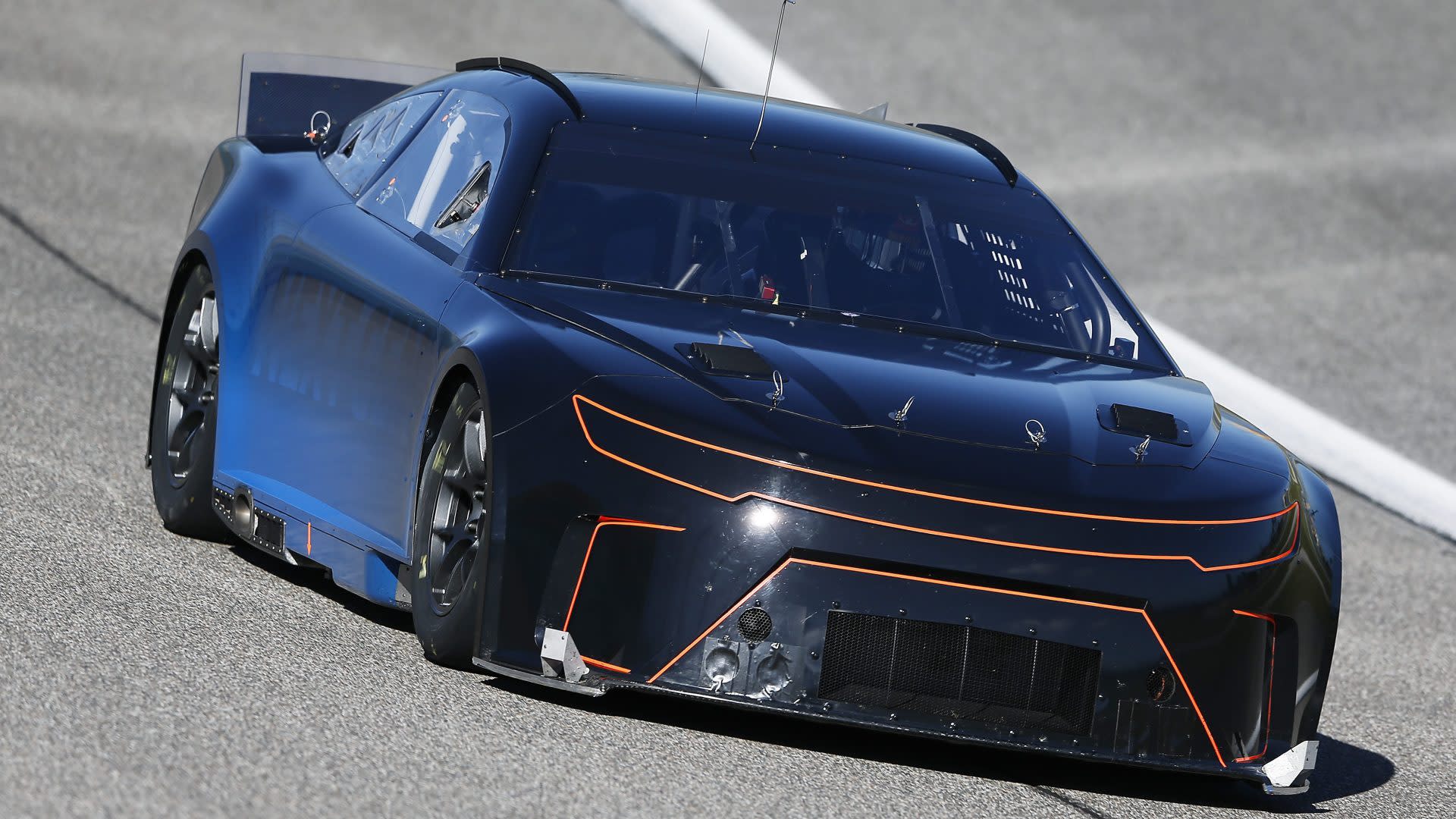 The Next Gen car could do more than impact the action on track. It could help revolutionize team ownership.

More than a season before the Next Gen car debuts, the car and the sport’s focus on cutting costs have lured new owners into the sport.

Within the last few weeks, two new teams revealed they’ll join the Cup Series next year with charters. Denny Hamlin and Michael Jordan announced in September they will form a new team with Bubba Wallace as driver. Justin Marks announced this week that his Cup team, Trackhouse Racing, will debut next season with Daniel Suarez as the driver.

There were only three new full-time teams that entered Cup from 2018-2020. Two had charters.

Jordan said in an interview with NBC Sports and Fox that after his financial advisors examined the business model of NASCAR team ownership, he told Hamlin that “there’s an interest there and then everything started to present itself.”

Said Hamlin: “I believe NASCAR is taking steps to help the financial model for the owners. This is why it was a great time for us to come in when we did. I’m going to make sure Michael is in this sport for a very long time.”

While the Next Gen car creates added expenses for teams in switching to that vehicle, the expected benefits are long-term savings. Other changes include NASCAR limiting how many days teams are at the track, limits on how many crew members can go to the track and reduction of wind tunnel time for teams.

NASCAR President Steve Phelps noted in September that there has been increased interest in team ownership.

“I would suggest that the number of new owners trying to get into this sport has never been higher,” he said. “Certainly when I’ve been around, and I’ve been around for 15 years. There’s just a ton of enthusiasm for the direction of what team ownership looks like.”

Challenges remain. The two new teams will debut with the current car and then switch their inventory to the Next Gen model for 2022. That can create a financial burden.

“I don’t know how the model can be sustained with these new owners, especially new ones coming in right now for next year knowing they have to buy old useless inventory and then essentially scrap it when it’s all done,” said Kyle Busch, who owns a Truck Series team. “That, to me, makes absolutely no sense.”

Even with those obstacles, Marks sees this as the right time to enter the sport.

“The barriers of entry to this sport over the past decade … have just been insurmountable to somebody like me that can’t really come in and spend $50 million,” he said. “When NASCAR announced that they were going to this new car, all of a sudden it was a huge light that went off inside my head that saw there was a tremendous opportunity.

“In going through the due diligence of figuring out how to put a team like this together during that process, the (Next Gen) car got delayed a year, but we built a structure of how to come into this sport for being very intelligent with our allocation of capital and very intelligent with our growth plans. Even though the new car was delayed, there was still an opportunity to go racing, a way that we could be competitive and start laying the groundwork for that new car.”

Having to choose between two young drivers for one Cup seat — as Toyota and Joe Gibbs Racing did in selecting Christopher Bell over Erik Jones for next season — shows what can happen to a driver development program when there aren’t enough available rides.

Denny Hamlin, Martin Truex Jr., Kyle Busch and Bell are likely set at JGR for the next few years. While no announcement has been made, the Hamlin/Michael Jordan team is expected to partner with Toyota and align with Joe Gibbs Racing. Bubba Wallace will drive for the new team.

Unless that team adds a second car for 2022 or Toyota adds another Cup team, there doesn’t appear to be a place to move Toyota’s young drivers.

So, is Toyota’s driver development coming to a halt?

“We look at it a little bit differently,” Tyler Gibbs, vice president and general manger of Toyota Racing Development, told NBC Sports. “We’re looking a bit further out than ’21.”

Toyota’s Xfinity program features Brandon Jones, Harrison Burton and Riley Herbst. Jones has had a breakthrough season with three wins. Burton, who has two victories this year, and Herbst are in their first full-time seasons each in the Xfinity Series.

“For sure, both (Jones and Burton) need to continue racing and winning more races in Xfinity before moving up,” Gibbs said. “So for us, we look at it and say that no one is ready to move up in ’21 at least not obviously ready, not that you couldn’t do something if you had to, (but) they’re probably not ideally ready yet. Then you look at ’22 and we look at that and say Next Gen is coming.”

There might not be as much movement of Xfinity drivers to Cup full-time next year since 2021 is the final season for the current car.

Team Penske will take that approach with Austin Cindric, the Xfinity regular-season champion. Cindric, who has five wins this season, will drive full-time in Xfinity next year along with select Cup races (likely road course events) before moving full-time to Cup in 2022 when the Next Gen car debuts.

The news Thursday night that Clint Bowyer will go to the Fox Sports booth for NASCAR races next year could open the No. 14 ride for Chase Briscoe, who drives for Stewart-Haas Racing’s Xfinity program. With many Cup veterans looking for rides next year, there’s a good chance the 2021 rookie class could be small.

NASCAR’s push to add more road courses will see six such events showcased on the 2021 Cup schedule — seven, including the Busch Clash exhibition race on the Daytona road course in February. NASCAR also talked about the potential of adding another road course or a street course in the future.

With the focus on the road courses — they’ll comprise 19.2% of the races in the regular season — is this a sign that development programs will focus more on road courses?

“I would say it will appear that some things have changed,” Tyler Gibbs, vice president and general manger of Toyota Racing Development, told NBC Sports. “I don’t think they actually have changed for us.”

Gibbs says that with Toyota debuting its GR Supra GT4 in the Michelin Pilot Challenge next season, there will be additional opportunities for young drivers to gain road course experience. That’s similar to what Ford has done with its Mustang GT4. Hailie Deegan and Chase Briscoe were teammates in the Daytona Michelin Pilot Challenge race in January.

“Could some of these kids develop into participating in those events on their way to potentially other activities? Could they become sports car racers? I think there’s a lot of different possibilities for us.”

4. Racing in the rain

Among the many challenges with racing in the rain is the course itself, Alex Bowman notes. He says the Roval’s tight infield course could present additional challenges for drivers if they race in the rain Sunday (2:30 p.m. ET on NBC).

The wunderground.com forecast calls for about a 50% chance of rain during the event.

“I think the particular challenge about the Roval in the rain is it’s so narrow through the infield,” said Bowman, who will take over the No. 48 car next year. “There’s not a lane to run off groove. A lot of racetracks you go to, you run off groove to stay out of the rubber because, obviously, rubber and oil in the rain gets very slick. At the Roval, there’s not really room for that.

“In the simulator (Tuesday) I was looking at it, trying to figure out where you’d run through each corner and there’s not a great place to run anywhere.  t’s going to be really interesting. I think it’s going to be very difficult if (rain) does happen.”

Only three times in Cup history have rain tires been employed. Dale Earnhardt and Mark Martin used them in a test in 1995 at Watkins Glen. Teams practiced and qualified on rain tires at Suzuka in 1997 for the exhibition race in Japan. Rain tires were last used in Cup for a practice session at Watkins Glen in 2000.

Bowman enters Sunday’s race with the best average finish (3.0) among all Cup drivers at the Roval. He finished second last year despite driving a backup car and having contact with Bubba Wallace on the first lap that sent Bowman to pit road for repairs.

Bowman and Clint Bowyer are the only drivers with top-five finishes in each of the two Cup Roval races. Bowman goes into Sunday’s race seventh in the standings. He’s 22 points ahead of Kyle Busch and Austin Dillon, who are the first drivers outside a transfer spot.

During Nate Ryan’s reporting for his detailed behind-the-scenes look at how NASCAR resumed its season after the COVID-19 pandemic pause, he came across a tidbit he couldn’t get in his story but passed along.

At one point, Toyota and Chevrolet nearly worked together in the same North Carolina shop.

Toyota’s engine shop is in California, but it could not open as soon as race shops in North Carolina because of state restrictions. That presented a dilemma for Toyota’s engine department if the NASCAR season resumed.

David Wilson, president of Toyota Racing Development, detailed to Ryan what happened next.

“I lost a lot of sleep because I didn’t have control of my own destiny,” Wilson said. “Working on contingency plans to have to send guys to North Carolina. Richard Childress called me one day and offered up to partition his engine shop and let us work out of his shop. It’s incredible. It may be cliché but the sense of community that comes from crisis, because in the end we all want to be able to compete in a healthy manner.

“It was very close to being ready to supply for the restart. I think we were able to open our doors (in California) May 4. It wasn’t that we were going to cut (Cup’s return May 17 at) Darlington short, because we had inventory on the ground at (Joe Gibbs Racing) already in the race cars literally.

“Certainly there was enough on the shop floors at Joe Gibbs Racing that could get us through the first two to three weeks, but we certainly were approaching the point by six weeks in, we’re in real trouble.

“We did get very aggressive, even after we reopened, because we didn’t know how long we’d be able to stay open here in California. Things got bad again. They started shutting things down again, and I was engaged with our county board of supervisors. I built a relationship with the mayor of Costa Mesa doing my best to politick and suggest that we were going to take care of our people, please, please, please don’t shut us down. Because it could have really impacted our ability to compete.”