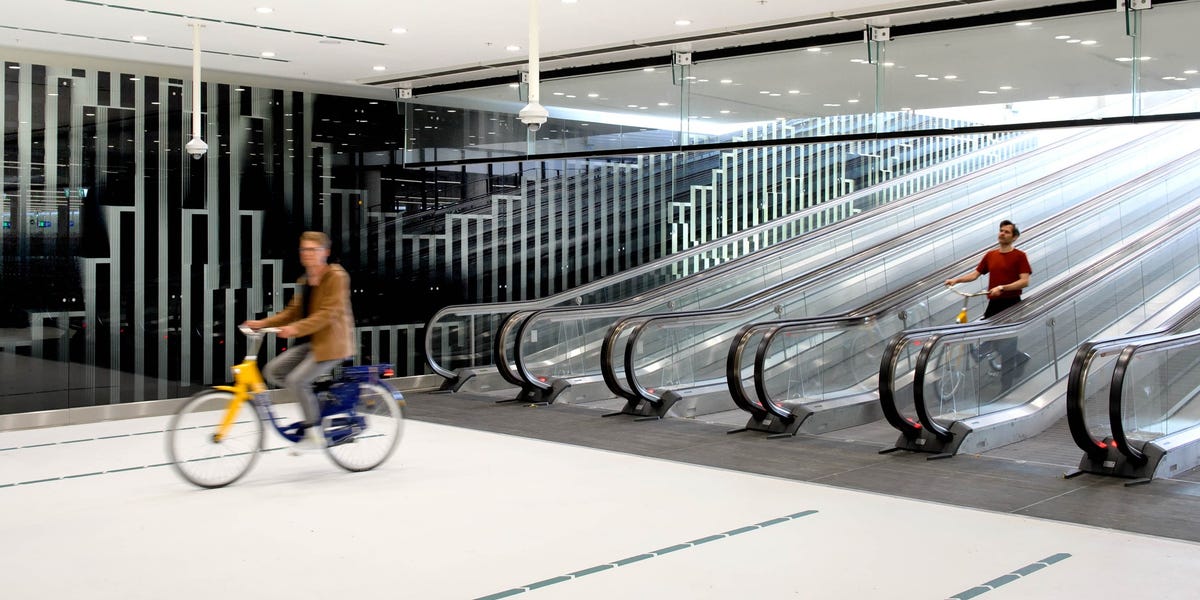 One of Europe’s largest parking garages dedicated solely to bicycles was built in The Hague, Netherlands by its Central Station, connecting urban micromobility users to the main railway station.

The underground bicycle parking space was designed to stand out from the average dimly lit grey garage. In order to achieve this, the two companies behind the design — creative agency Silo and architectural firm Studio Marsman — created an interior meant to resemble a museum as opposed to an actual parking garage, according to its designers.

Instead of using undecorated dark cement walls, the inside of the garage is covered with a bright ceiling, backlit walls, and artwork, all while including space for 8,000 bicycles, according to the local government. More specifically, this includes 700 spots dedicated to public bicycles, although the garage also has space for other segments, such as cargo bicycles and two-wheelers with crate and child seat attachments.

Keep scrolling to see inside: