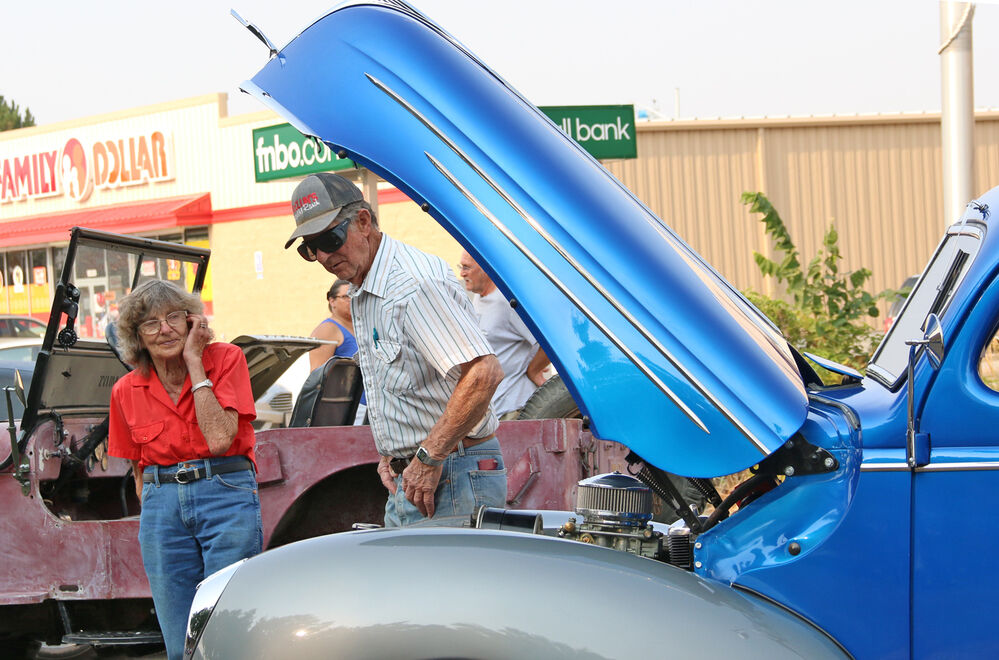 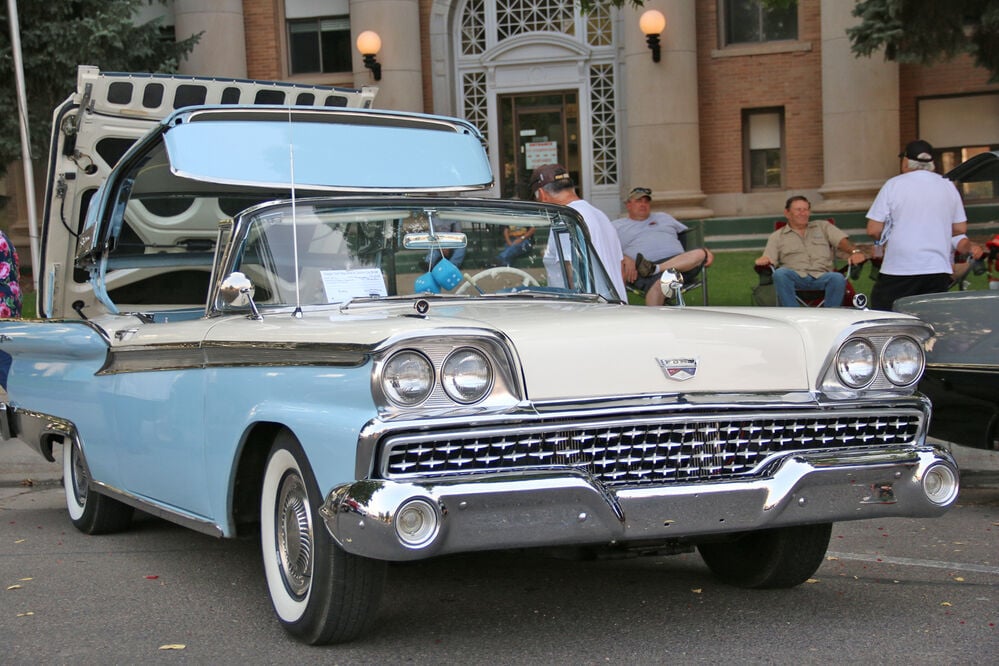 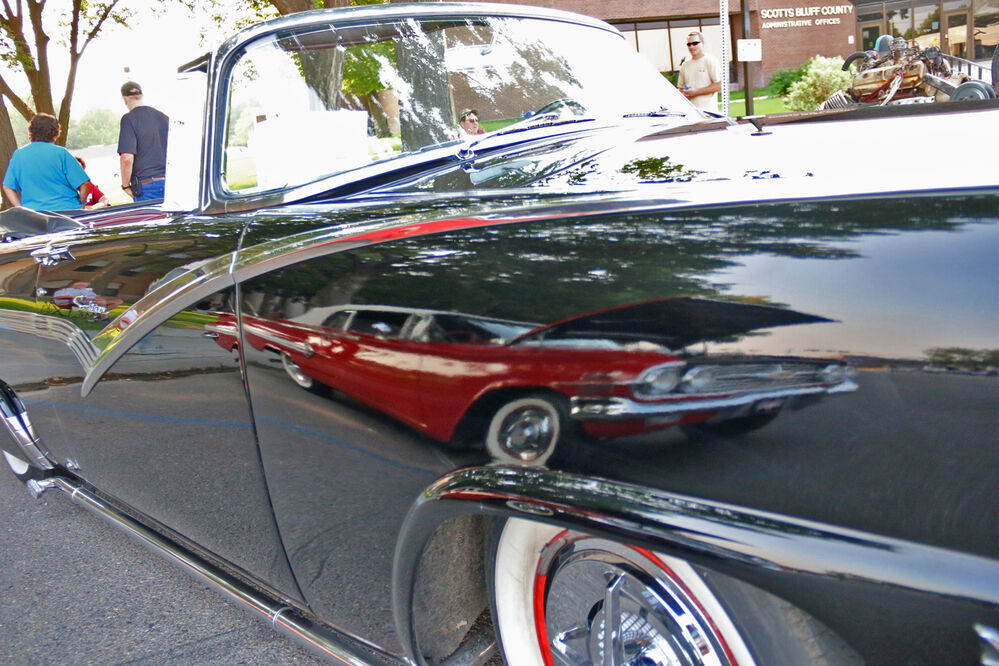 This year’s Rod and Custom Car Show was more like a Sunday drive than a midnight romp. However, unlike many events at the scaled-down 99th Oregon Trail Days, it actually happened.

The event saw fewer entries, according to organizer Mike Minzey. In the past, the Rod and Custom Car Show organizers expect around 80 cars. In 2020, the show saw around 40 cars.

“We’re slow, and it is definitely because of so little other activity with Oregon Trial Days,” Minzey said.

But the cars lining 10th Street from R Street to Q Street in Gering still made a splash to those who showed up.

One such vehicle, a 1959 Ford Fairlane Galaxie 500 Skyliner, with a retractable hardtop, belonged to Susan and Dick Lessert of Lake Minatare.

Susan Lessert said they bought the 5,000-pound behemoth about a decade ago in Imperial, Nebraska.

“I found it at the first town where I first started teaching,” Susan Lessert said, saying they haven’t gotten to show it a lot this year.

Dick Lessert said the vehicle is as stock as he could make it. Dick Lessert pointed out there weren’t hydraulics for the signature retractable hardtop. Admittedly, he said he did have a CD player in the glove box.

Another vehicle that proved to be a hit with the kids was Cody Byrant’s 1974 Ford Elite. Bryant placed a small Chucky doll in the driver’s seat of the scuffed-up Elite, drawing amused shock from a few kids and the ire of at least one parent walking by.