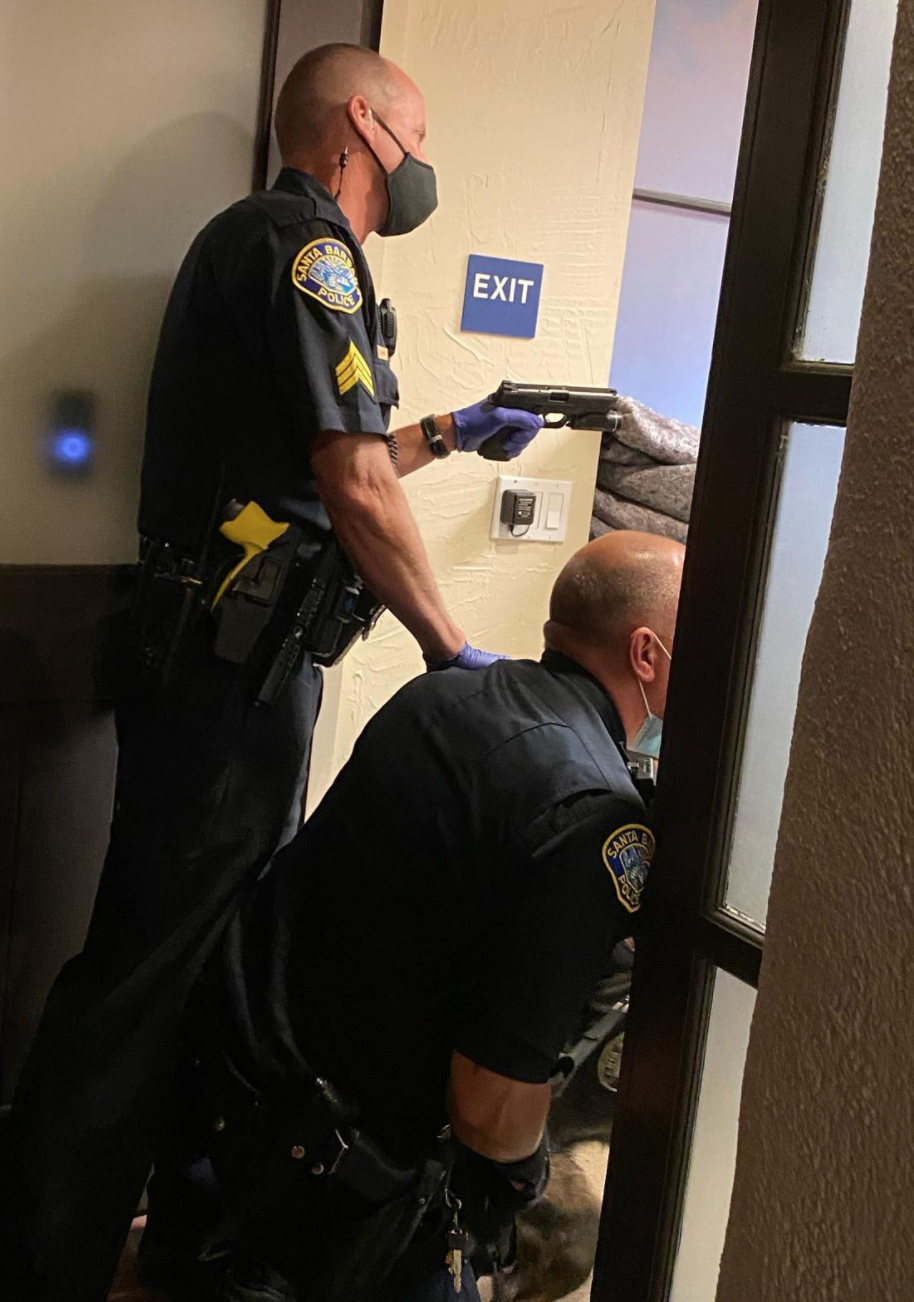 SANTA BARBARA, Calif. – The business of stealing higher end electric bikes is becoming a top tier offense in Santa Barbara and many other areas of the Central Coast.

In the last two weeks, one seller, Electric Bikes of Santa Barbara had two burglaries. Fortunately, for owner Scott LaMoine, the bikes have been recovered and one person has gone to jail.

Santa Barbara Police officers were thanked on social media for their efforts to respond, and follow up on the first call by spotting a suspect on a $6000. stolen electric bike from the display floor, then taking the rider into custody.

A second break-in, a week later, was stopped by the owner. The suspect ran but left the bike.

“I see a guy, he’s got the bike on his shoulders trying to climb out the window. I grab the bike, pull it out of his hands,   he jumps through the broken window,” said La Moine.

In between the two incidents, a large store window, broken down to gain entry, had to be replaced. With both crimes, that was two windows.

A road sign nearby for driving directions around the new State Street Promenade, was used to shatter the glass.

The building has alarms.

Now the windows have extra protection, designed and installed by Rex Stephens of Santa Barbara Cruisers. The new bars are mounted in two directions to prevent a bike from being pulled out of a display stand if a window is broken again.

“(It) still has an eye appeal to it without being intrusive to the business yet it is safe for the bike shop,” said Stephens.

He is hearing of many bike thefts around the area.

“I have been watching this trend of the bicyclists being more popular than I have ever seen. It does not surprise me at all that the thieves are right behind the bike stores.”

LaMoine says he even had an incident with someone trying to cut the lock on a locked bike outside of his store. That suspect was chased down the street, carrying the bolt cutters until police came racing up to make the arrest.

“When I hear of thefts it is usually off the back of your car so when you have it on the racks that carried the bikes, or out of your garage,” said LaMoine.

He has a special German made lock ABUS, that is among the hardest to cut.

“So it is compact,  it’s secure,  it unfolds and we have never have lost yet  a bike yet with this style lock,” said LaMoine.