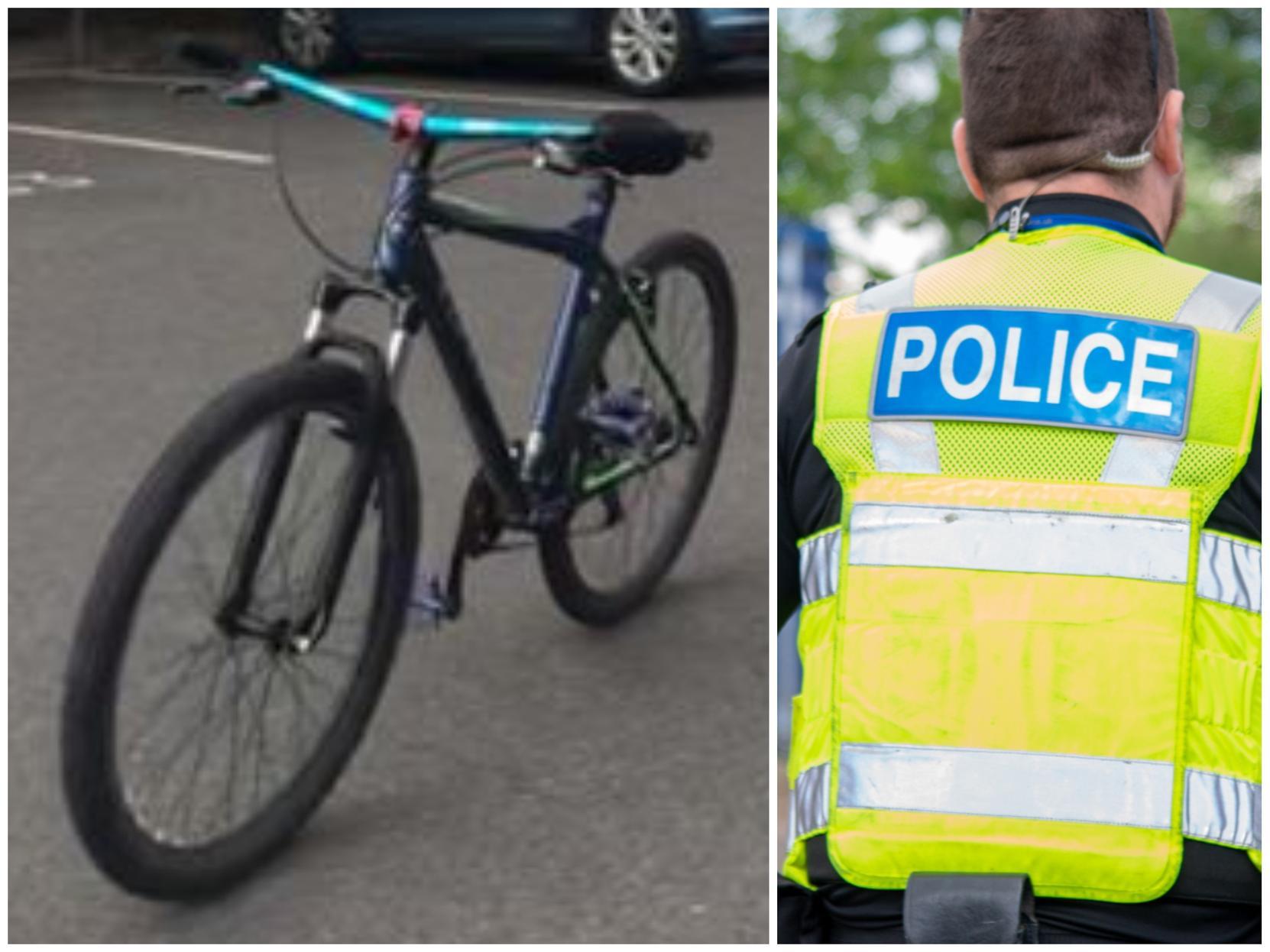 Police are appealing for witnesses after the theft of this mountain bike. Photo: Northamptonshire Police

Two yobs threatened a teenage boy and stole his mountain bike on a country path near Northampton.

Police have launched a hunt for the pair — who were both wearing Nike tracksuits and blue face masks — who rode off on the stolen Carrera Starkey machine in Brampton Way Valley.

The victim was sitting on his bike in the forest area of the path, near to Redland Drive in Kingsthorpe between 5.30pm and 5.45pm on Sunday, August 16.

The i newsletter cut through the noise

A Northamptonshire Police spokesman said: “The victim was approached by two teenage boys on a bicycle.

“One of the boys who was sitting on the handle bars, got off the bike and threatened the boy with violence before ordering him to hand over his bike. The boy handed over the bike and the offenders rode off.

“The first offender is described as white, aged 15 to 16 years, 5ft 8in, and of a broad build. He was wearing a black Nike tracksuit with the hood up and a blue face mask. He was carrying a Nike man bag.

“The second offender was black, aged about 15 years old, 6ft and of a slim build. He was wearing a grey Nike tracksuit and a blue face mask.”

Officers would like to hear from anyone who may have seen the incident or may have seen the bike abandoned — or even been offered a similar Carrera Starkey bike for sale in unusual or suspicious circumstances.

A message from the editor:

Thank you for reading this story on our website. While I have your attention, I also have an important request to make of you.

In order for us to continue to provide trusted local news on this free-to-read site, I am asking you to also please purchase a copy of our newspaper.

Our journalists are highly trained and our content is independently regulated by IPSO to some of the highest standards in the world. The dramatic events of 2020 are having a major impact on many of our local valued advertisers and consequently the advertising that we receive. We are now more reliant than ever on you helping us to provide you with news by buying a copy of our newspaper.