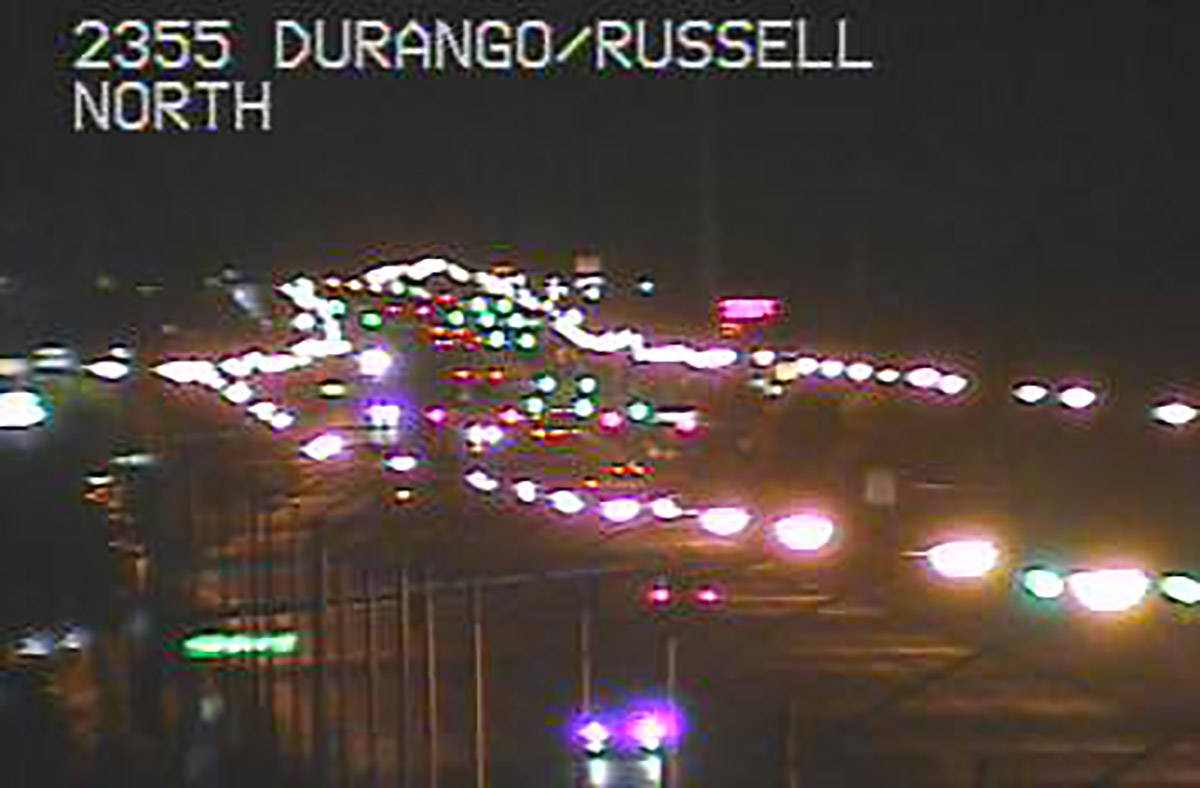 A North Las Vegas man who was found gravely injured in a southwest Las Vegas intersection early Thursday is believed to have jumped from a moving pickup, police said.

Las Vegas police Lt. Greg Phenis said police were called at 12:48 a.m. to the intersection of Buffalo Drive and Russell Road for a 34-year-old man lying in the roadway.

“Officers arrived, summoned medical assistance, and he was transported to a hospital where he was pronounced deceased,” Phenis said.

The Clark County coroner identified the man later Thursday as David Montalvo and said he died from blunt force trauma. The manner of death was ruled an accident.

Police later said Montalvo was a passenger in a 2017 Toyota Tacoma that was traveling east on Russell Road when he jumped out of the vehicle near Buffalo. Officers were attempting to determine why he jumped.

The driver of the pickup, Raymond Samante, 33, of North Las Vegas, remained at the scene and was cooperative with investigators. Samante was subsequently arrested on suspicion of driving while impaired, police said in a news release.

The death is the 69th traffic-related fatality in Metropolitan police jurisdiction this year.