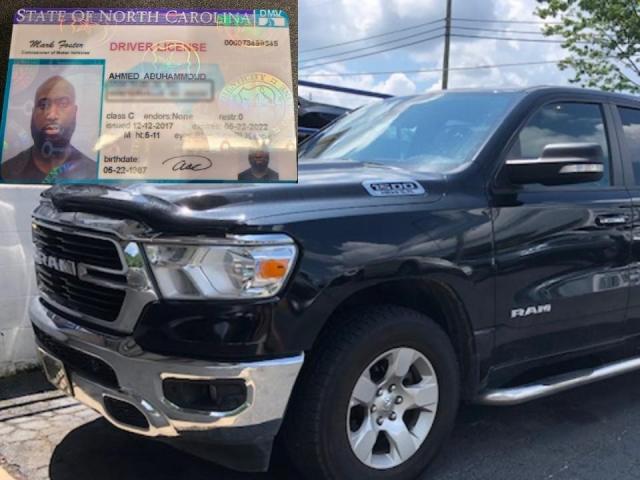 Raleigh, N.C. — A man came in a test drove a vehicle in Raleigh and never returned, according to officials. He told Hollingsworth Auto Sales that he was planning to purchase a truck and then never returned with it.

Walt Hollingsworth, one the dealership’s owners, said that a man came in on Tuesday afternoon around 6 p.m. and said he wanted to purchase a 2016 Dodge Ram 1500.

The man told Hollingsworth that he was pre-approved for a loan with the State Employees Credit Union and was ready to purchase a truck — but wanted to take it on a test drive.

The dealership let the man take the truck on a test drive. Hollingsworth said was the company’s way of “acting in good faith.” The dealership said it allows test drives with or without salespeople.

Hollingsworth said it allows a customer to test drive a vehicle after they are pre-approved for the loan or if they are approved with one of the dealership’s finance companies.

After the test drive was approved, the man drove off the lot with the vehicle and did not return.

The dealership believes that the ID the man showed was fake. The picture on it matched the person, listed as Ahmed Abuhammoud.

The vehicle was valued at $40,000, according to the dealership.

Hollingsworth said a cash reward was being offered for any information that leads to the return of the vehicle. If you have any information, you can call the dealership at (919) 872-2525.

Raleigh police are investigating the case.