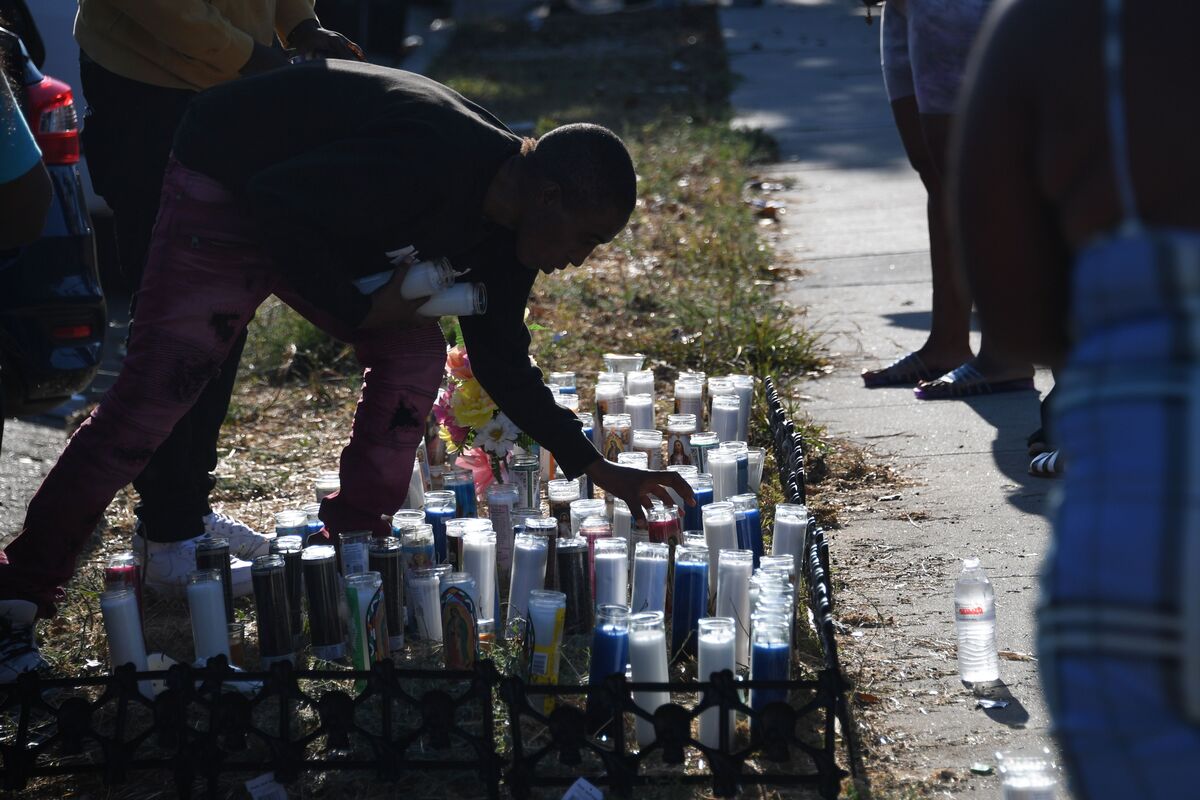 The day after 29-year-old Dijon Kizzee was shot and killed by deputies from the Los Angeles County Sheriff’s Department during an encounter in South Central L.A., Congresswoman Karen Bass, who represents the nearby area, had questions.

Kizzee had been riding a bicycle in violation of vehicle codes, an LASD lieutenant said in a press conference on Monday. When deputies tried to pull him over, he allegedly dropped the bike and ran. After a physical confrontation in which he allegedly punched an officer in the face, Kizzee dropped a bundle of clothes that he’d been carrying. Upon seeing a handgun in the pile, the deputies opened fire, LASD said. Kizzee was pronounced dead at the scene.

In a phone call on Tuesday, an LASD press officer did not provide additional information about which vehicle codes Kizzee allegedly broke, and said that investigators had not released his name. Kizzee’s family identified him at the scene, and has retained civil rights attorney Ben Crump, who tweeted on Tuesday that “cops shot him in the back 20+ times then left him for hours.”

Crump is also representing the family of Jacob Blake, the Black man left paralyzed after police shot him in Kenosha, Wisconsin, fueling a fresh wave of national protests against racism in law enforcement.

Kizzee’s death drew a large crowd of protesters to the sheriff’s station in South Central and outraged reactions on social media. Several voices recognized a pattern: a Black person killed by police or while in police custody — like Philando Castile, Sandra Bland and Walter Scott — after being stopped for low-level traffic violations.

Numerous studies have shown that such traffic stops disproportionately target Black and Latino people and other people of color, leading to higher rates of such fatal outcomes. Among several transportation experts, the fact that Kizzee’s fatal encounter with the LASD began on a bicycle serves as a painful example of how racism can be built into city streets. In part, that stems from laws that prioritize the safety of driving over that of walking and biking, while simultaneously over-policing pedestrians and cyclists, said Gregory Shill, a law professor at the University of Iowa. “This equilibrium punishes people — mostly people of color and the poor—who rely on walking and biking to get around,” he said. “Combined with armed law enforcement, these laws are a recipe for tragedy.”

Others singled out urban policies that rely on police, such as Vision Zero, an international traffic safety movement that promotes improved traffic engineering, education, and enforcement, and has been adopted by hundreds of cities in the U.S., Latin America, and Europe since Sweden introduced the concept in 1997. Yet many planners and researchers of color have argued that a lack of attention to racial disparities in law enforcement in U.S. cities adopting Vision Zero could heighten dangers for people of color, who already are at higher risk of being killed as pedestrians.

“This is why we say that traffic safety is a racialized issue,” tweeted Caro Vera, a transportation planner who works in South Central L.A. She later added: “Remember #DijonKizzee the next time you recommend enforcement as part of your Vision Zero Action Plan.”

Tamika Butler, a racial equity consultant who has worked as a nonprofit leader and transportation planner, also took to Twitter to speak out on Monday.

These issues have been at the forefront of discussion among planners of late, not only because so many police shootings begin with traffic stops, but also because of street design changes made by cities during the pandemic. To accommodate more pedestrians and cyclists at a safe distance, “safe streets” and “slow streets” that limit vehicle traffic have appeared in neighborhoods from Oakland to New York City to Washington, D.C.

But the process driving these swift, ad-hoc changes is flawed, says Destiny Thomas, the CEO and founder of Thrivance Group, a planning firm that specializes in racial equity through design. She recently argued in CityLab that, without major reforms to current mechanisms of traffic enforcement, such redesigns can harm people of color. Like many protesters, she calls for defunding police and directing city resources to historically disinvested communities. And she says that she is growing tired of making the same arguments.

“The murder of Dijon reminds us that until we enact sweeping overhauls across city agencies and install a comprehensive plan for reparations that makes ‘outside’ an option for Black people, it’s all just a philosophical exercise,” she said. “A cruel one.”

Before it’s here, it’s on the Bloomberg Terminal.