Slightly Mad Studios has always been a stickler for authenticity when it comes to their Project Cars series. If a vehicle is going to be in the game, it has to behave as close to real life as possible. This philosophy applies to their handling model, the interiors of the […]

Slightly Mad Studios has always been a stickler for authenticity when it comes to their Project Cars series. If a vehicle is going to be in the game, it has to behave as close to real life as possible. This philosophy applies to their handling model, the interiors of the vehicles and what can be done with it on the track. While the games come built in with myriad assists, the series has had a laser focus on those looking for an experience as close to life as possible. This was always a major selling point for the games, but it also required that the player dedicate some real time to mastering the feel. Investing in a racing wheel helped quite a bit, too. With Project Cars 3, though, the studio has made major strides towards producing a more accessible title.

When booting up the game for the first time, the title takes the player to a menu to immediately and easily customize the experience. Selecting Beginner turns all of the assists on, allowing the racing fan with little behind the wheel time to get a chance to get their tires dirty in a fair and still challenging race. The car won’t drive itself, but there is enough there to help acclimate a player to the more demanding aspects of a race. In exchange for the help, the player sacrifices some speed and maneuverability, as well as reduced post race rewards. Still, combined with a reworked controller interface, the improved accessibility options already make the title a hearty recommendation for those interested in a more serious racing sim with the options to ease into the experience.

In practice, combined with the handling model, it even allows a more seasoned player to get a better handle on their vehicle. As a personal example, I know how a Honda Civic should feel. Because of this, that was the first vehicle purchased. Racing it with the assists off wasn’t easy, but the feel was right. It didn’t take long before I was able to take corners perfectly and out race the competition. At least, that is, until the AI difficulty was turned up. Conversely, I had no familiarity with the Ford Mustang 2+2 Fastback and found myself required to get one for a race. With the assists on, it was easier to become acclimated to the handling and slowly wean myself off of them in order to pull more ridiculous braking nonsense and whip myself around a corner. While the previous games had similar features, they were still stridently difficult at first. Project Cars 3 is about welcoming everyone into the game and inviting the truly talented folks to show the newbies how it’s done. It should also be noted that Slightly Mad made some vast improvements on how the game handles with a controller. The feel is much more responsive and useful to those who haven’t dropped money on a dedicated wheel. 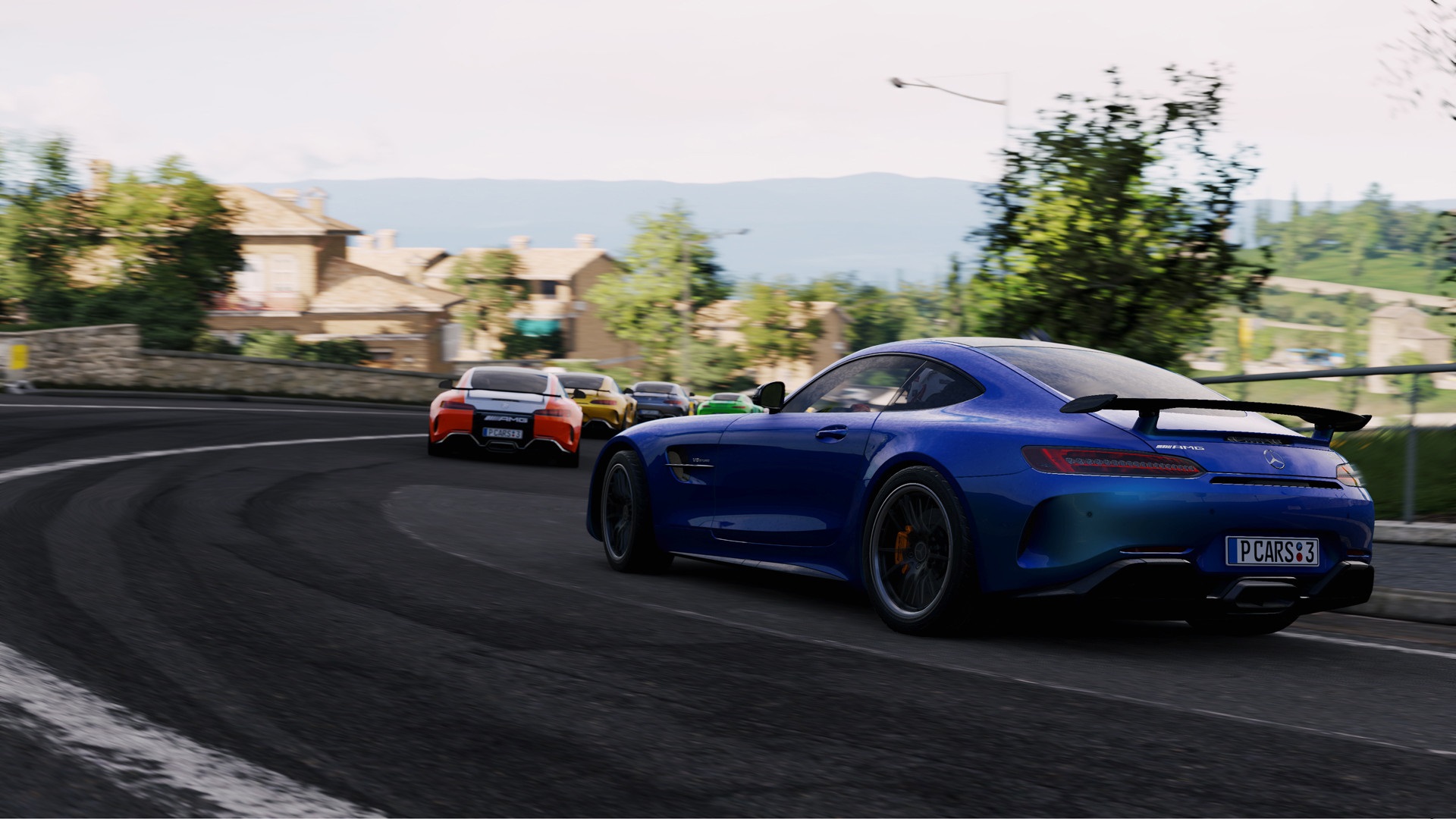 Some might initially balk that some race types are gone. For example, go karts are right out the door. In practice, this proves to be a boon. While the kart races were fun in the previous title, the game is called Project Cars, after all. This renewed focus means more cars to race, bumping the total number of vehicles to 211 from the previous game’s 189. There’s also a larger variety of modes to enjoy. A standout is the new Breakout mode, which asks the player to ram through barriers at speed to accrue points. While this would have been a cute training mode to teach players the proper racing lines for a track, the developers went a different direction with the point placement. Instead of racing a clean, efficient line around the track, the player is encouraged to drive as though their hair was on fire, taking curves recklessly to gain the most points. Throwing out the back end on an ill-advised drift to hit the points while praying to the traction gods wouldn’t work in a more serious race or time trial. Having a neat little mode to let the hair down serves as a refreshing break before jumping back to a more serious race.

Online has seen its share of new modes, too. The classic Quick Race is still there, of course. There’s also the addition of scheduled events, where players sign up to take part in a longer, developer-curated race set to begin at a specific time. While waiting for it to begin, players can complete time trials to earn a better starting position. It’s a neat concept that should prove interesting to the eSports crowd. They’ve also revamped the player matching to account for both the player’s racing status in addition to how cleanly they drive. Getting into a lot of scrapes will put you with like-minded drivers. This might be seen as a bit of a bummer for those of us that try to drive clean, but make mistakes, but it does encourage the player to drive how they enjoy, being a saint or a terror. Fortunately, there’s also a new asynchronous Rivals mode that rolls in time trials, Breakout and Pace Setter races to compete for leaderboard glory. This is probably where I’ll spend most of my online time due to clumsiness on the digital roadway and the fact that it’s so fun. 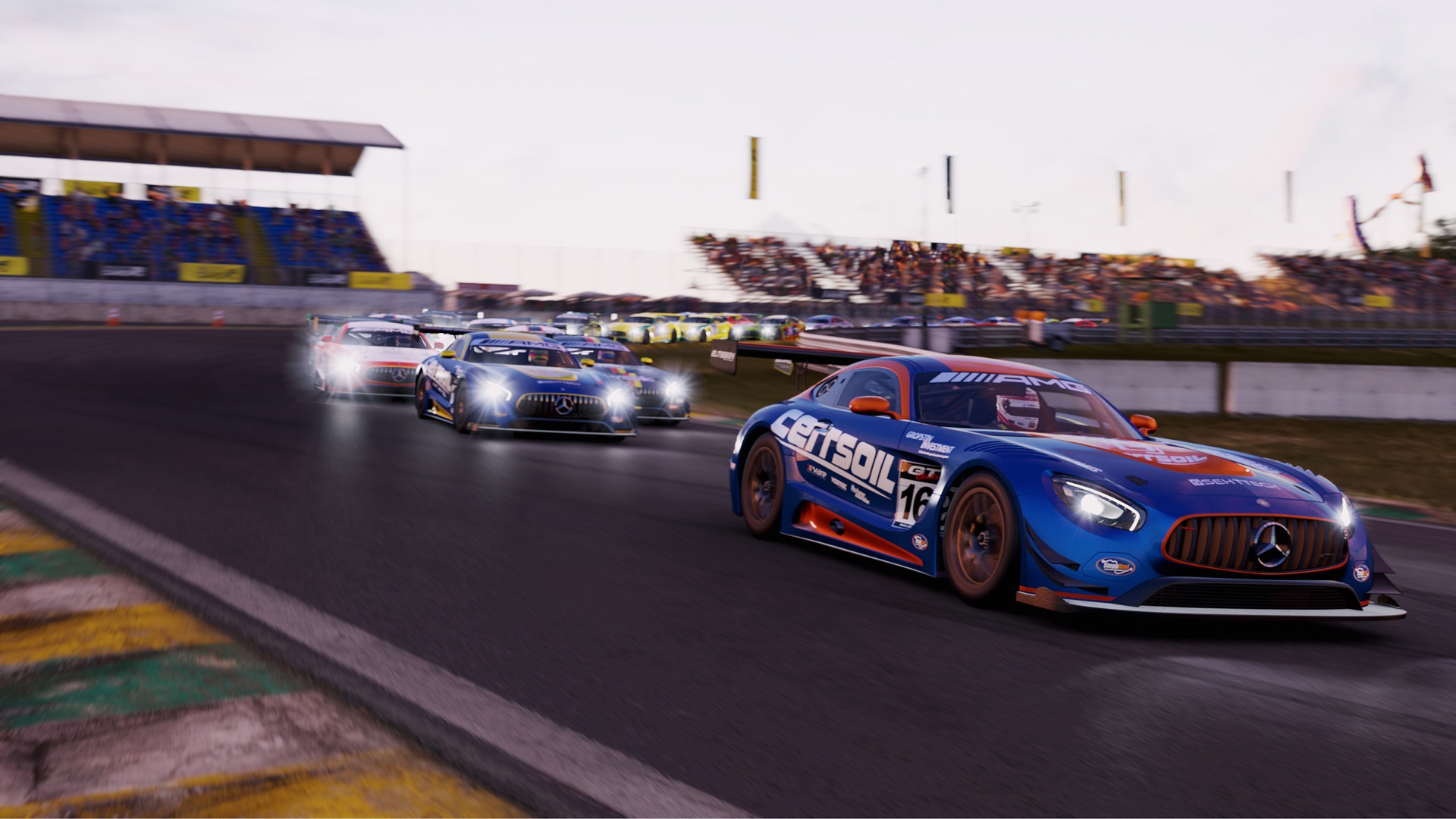 Blaming personal clumsiness isn’t entirely accurate, though. This is meant as a compliment, but some of the track design is diabolical. A straightway might be interrupted by a little offshoot curve, there are plenty of tight narrow turns that seem specifically designed to create traffic jams and the customary racing line overlays, complete with speed indicators, have been replaced with a simple three icon system denoting when to start braking, where to attack the turn and the best exit point. This adds to the challenge, but it also reduces the player’s need to overcompensate on a turn to fit some digital idea of how a turn should be handled. The tracks end up looking cleaner, too.

Where this game stumbles is in appearance. The interiors look decent, and the scenery is fine as it zips past the window, but Project Cars 3 doesn’t have the visual oomph that rose-tinted glasses applied to the previous two entries. Likely, this is due to advances in graphical fidelity since the previous game, but it just didn’t feel as cutting edge anymore. Having played this for review on a PlayStation 4 Pro, the options were for a focus on framerate or resolution. Neither one was spectacularly great or terrible. In fact, based on play time, I wouldn’t be able to tell you which mode was which. Part of this is down to the lack of HDR support. A little note for developers: if there is a technical budget and the choice comes down to resolution vs HDR support, always choose HDR. It’s one of the more immediately apparent and striking features. Hopefully it will be added in a patch.

There’s also an experience point system in play.  Increasing the player’s overall level unlocks new cars in the store for purchase, while driving a specific vehicle earns discounts on upgrades. While it’s appreciated to have this kind of system to award play, it’s a bit flimsy. Each general level requires filling up ten little ticks, a system in play to facilitate the illusion of progress without there being any real progress. The vehicle levels also have a similar feel, where leveling up just means a higher number with no improvements. As Project Cars 3 has added the ability to tweak vehicle appearances, gating wild colors and fun decal types behind the levels would add an incentive that is currently not there. That would have improved the sense of progression that the system is intended to add, while not destroying the balance of the game or making it too silly. 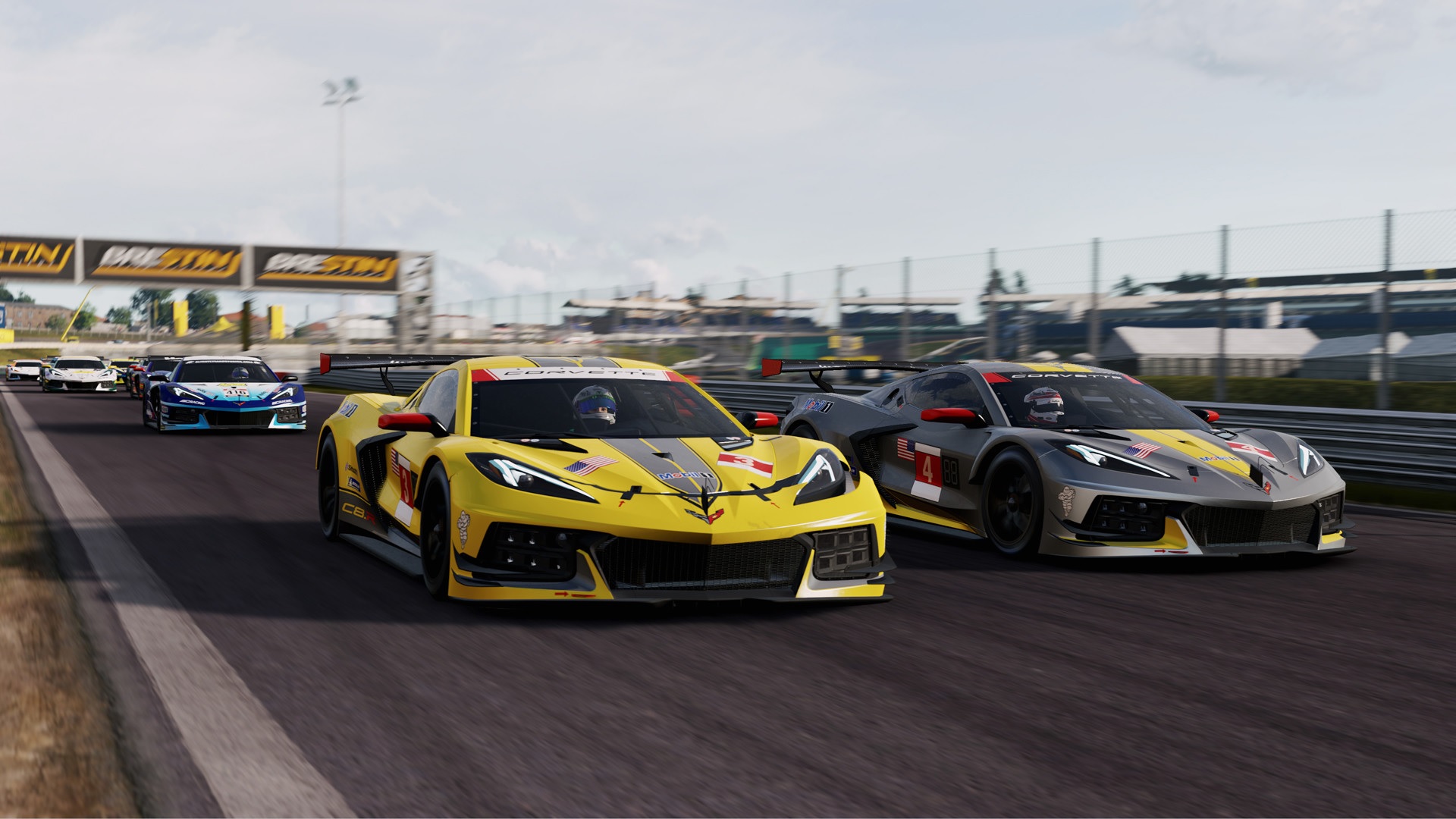 While some might balk at the fact that Project Cars 3 is designed to be accessible, under the hood is the same bone-grindingly difficult racing sim that the series has always been. There’s just more variety of modes and an easier on ramp for people to get into them. This newest title is a welcome mat for the new fans and the die hards alike. There’s always another fresh race to enjoy and a new challenge to overcome. While it isn’t perfect, Project Cars 3 is a solid entry to the series and the racing genre as a whole.