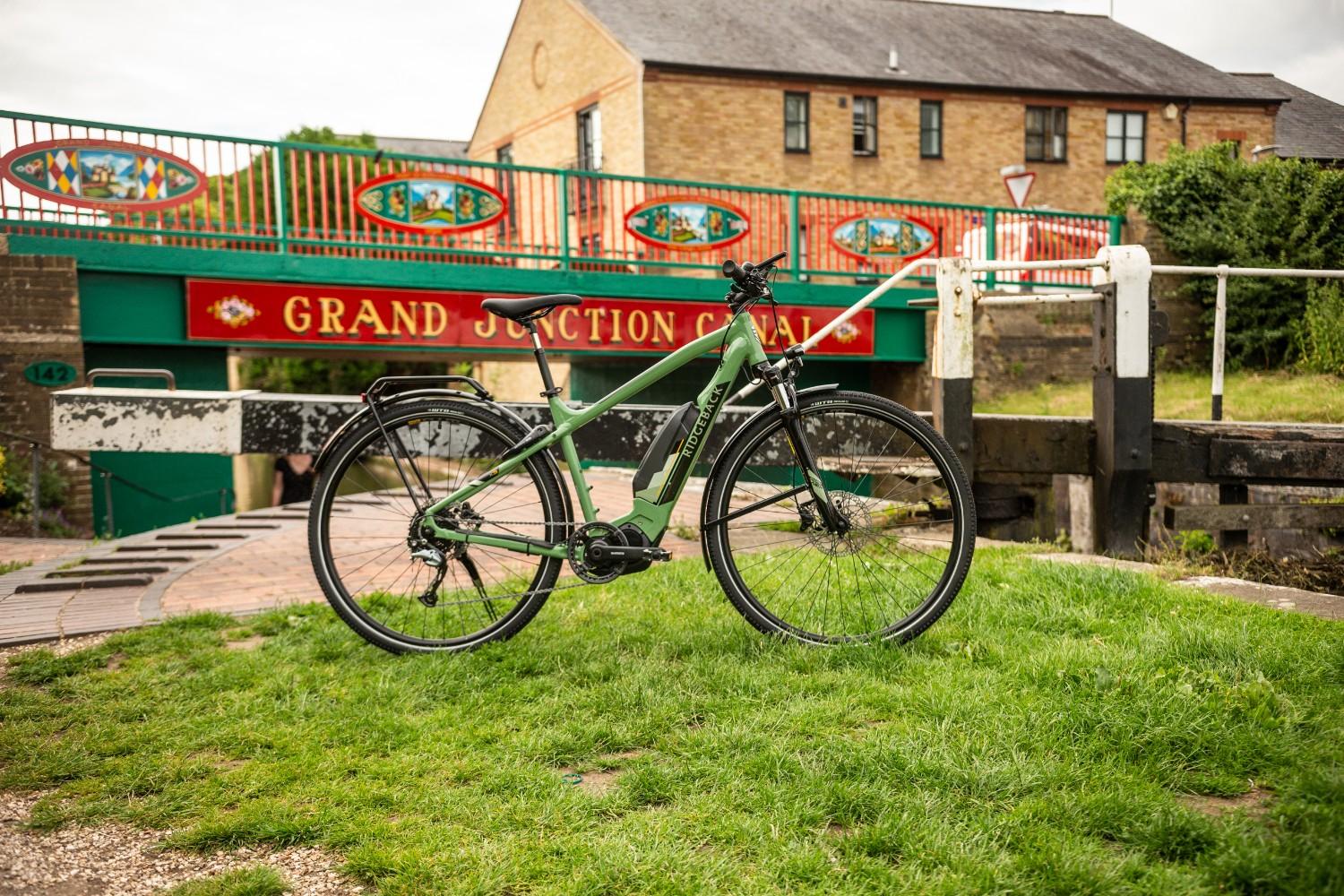 It can be extremely tricky to decide which electric bike is the one for you. Do you want a folding bike, a sleek commuter-focused Dutch bike or a fun city bike to carry you on errands and weekend jaunts?

For those who want something that can withstand a London commute as well as power them off-road and beyond, then a mountain bike e-bike could be the one for you, and the Ridgeback X3 2021 should be top of your wish list. With unrivalled suspension and a khaki green style, this is a powerful bike that will keep you ahead of the pack.

We tried out the Ridgeback for a week, here’s how we got on.

The Ridgeback arrived at my flat in a humongous box complete with about half a tree’s worth of brown paper to protect it. Good luck squashing that into your recycling bin for collection. The plus side was that the bike comes fully-formed, all you need to do is align the handlebars and plug the battery in.

The bike uses the same Shimano Steps system that Volt favours on some of its bikes, so it was something I was familiar with. I charged up the bike and then was ready to go almost straight away.

Given that I’m used to riding more city bikes, I was surprised at how much I liked the mountain bike style of the Ridgeback. The green is lighter than it appears on the website, less of a khaki colour, so it looks cool. Also, the streamlined design seems to make it better for whizzing off, compared to the city bike-type styles.


I also enjoyed how there was an attempt to blend the battery into the bike with a sticker design that includes the green of the bike. Another plus goes to the fact the battery can easily be removed from the bike so you can look it up in storage and just bring the battery into your home to re-charge for your next ride.

It also helps that there are different sizes of the Ridgeback available so you can fit the one that fits your height with ease. As well, it didn’t feel as heavy as other e-bikes I’ve tried out: whilst still a substantial aluminium frame, it felt durable but not as heavy to navigate in and out of my building.

One thing to note, however, locking the bike up was tricky. I use a Kryptonite D-lock with a cable and due to how high the frame of the bike sits with the battery, it wasn’t easy to sufficiently get the cable around the bike frame when locking the front wheel up. Maybe try the bike out with a few locks before settling on the one for you, but it’s worth checking with the seller like Freewheel to see if they can offer some recommendations.

As the Ridgeback uses the Shimano Steps system that I’d used before, it was easy to get on the bike and get ready to take off — as long as I remembered to bring the computer with me to slot on the bike. You control the three different speeds: eco, normal and high, via a button on the left-hand side of the handlebar. Normal was my preferred setting from cycling along, whilst high came in particularly handy when taking off at traffic lights or overtaking someone.

Given this is a mountain bike, the suspension was impressive and incredibly smooth to ride on London’s roads. I also found I could cycle faster on this bike, even after you hit the 15.5mph cap when the motor cuts out, I could reach speeds of 20mph, zooming ahead of other cyclists on the path.

The only issues I had really were to do with the brakes which, depending on how fast you’re going, can make a dramatic skid sound and didn’t always feel particularly safe. This may be because it was a new bike and needed breaking in a bit, but felt fairly alarming the first few times.

There’s no app to accompany the Ridgeback; instead, the motor is controlled through the Shimano Steps Infinity system. Like the Volt Regent e-bike, this means the bike is powered by a high-performance lithium-ion battery.

VanMoof’s most affordable S3 e-bike is its slickest yet


You can get 90 miles of road on a full charge, and it takes about four hours to fully charge up the battery.

The computer screen includes information on miles ridden as well as the battery level, so you know when to charge up again before your next ride. I liked that it was also a lot easier to remove this battery — on the Regent you had to take the seat off to take the battery off so I resorted to just charging the battery on the bike. However, on the Ridgeback, it’s easier to slide the battery out of its holder, definitely useful for people that aren’t storing their bikes in their home.

It’s also worth finding out if you can buy the Ridgeback via your Cycle to Work Scheme.

If you want to be able to streak ahead of other cyclists and have a bike that is just as suited to off-road trips as well as commuting through the city, then the Ridgeback is one for you.

It’s easy to set up, a dream to get riding on, and not to mention the powerful Shimano motor and battery that will keep you riding even when your legs get tired.