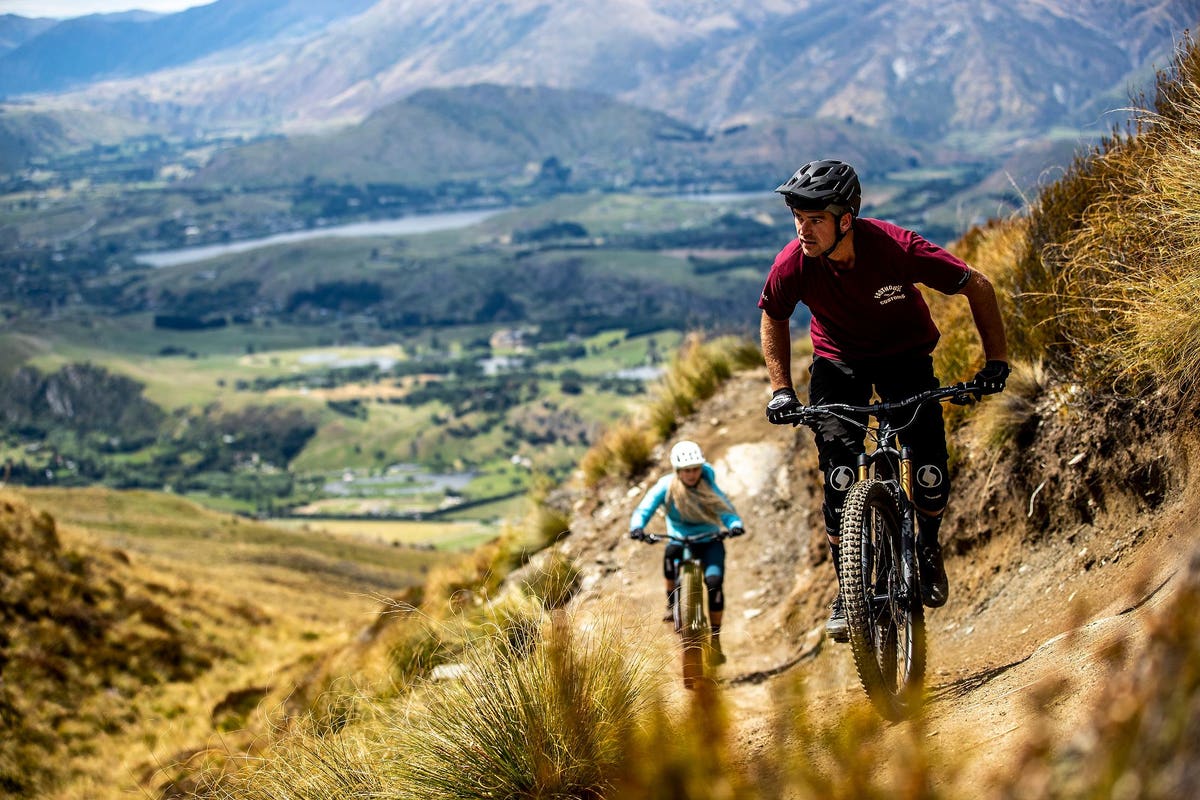 Mountain biking is exploding. Trail usage is surging, and mountain bike sales are jumping. But no one area may be seeing more growth than in the fast-moving world of electric mountain bikes.

“The bike is having a well-deserved moment right now,” says Ian Kenny, Specialized global marketing leader and former program manager for Tesla
. “The growth in e-bikes is even accelerating at a faster pace. The e-bike is on this exponential curve.”

As the pandemic drew people outdoors for recreation, cycling across all areas saw a massive boost. In more recent months, according to data from NPD Group, higher-end bikes have enjoyed the biggest bump, largely from people already involved in mountain biking looking to upgrade. No area, though, is seeing a surge as that of e-bikes, including electric mountain bikes, with over 200 percent increases in sales figures this year compared to last year. And over 25 percent of all money spent on mountain bikes in 2020 have been of the e-bike variety.

Specialized, one of the “big three” in the mountain biking world, was one of the first to introduce e-bikes to the mountain lineup, combining engineering offices in California and Switzerland to continue to create. “If you like riding a bike, you are probably going to really like riding an e-bike,” Kenny says. “It lets you do more of the kind of riding you love to do.” In mountain biking, the e-bike comes as pedal-assist, doubling — or quadrupling — pedal power as you pedal up a hill, allowing riders the time and stamina to ride more trails or go farther. The e-bike also opens up the opportunity to ride to trails farther away.

The e-bike doesn’t take the effort out of the adventure, though, in part pedal-assist design and part the nature of e-bikes. “On average, people who ride an e-bike are getting more exercise,” Kenny says, “they are riding more often and farther. For new riders, e-bikes have this incredible effect of leaving you with a positive impression of your ride right away. That learning curve and fitness curve is steep and harsh (in mountain biking). You can go drop a bunch of money and get kicked on your first ride and not be so inclined to get back on. With the e-bike you are much more likely to get back on the next day. For those reasons, we are seeing explosive growth across e-bike categories, especially on the mountain side.”

While Specialized started in e-bikes about a decade ago in the commuter space — still the most popular segment of e-bike creation with multiple new companies coming on board every year — the move to mountain was a natural step for a company mass producing mountain bikes (the Stumpjumper is one of the oldest, longest-standing mountain bike models in the world). Specialized, then, applied learning from early e-bikes and worked to build mountain bike-specific options to give cyclists the power to ride more trails.

Creating an electric mountain bike version wasn’t just about slapping some heavy-duty components on a commuter, though. It comes as a different make entirely. Specialized has focused on building a mountain bike-specific geometry with a lightweight system and a bike that “rides and feels much more like a bike and almost identical to a bike without a motor or assistance.”

Turbo Levo, consistently one of the highest-rated electric mountain bikes on the market, originally launched in 2015 and has seen multiple iterations, refining the system to improve integration and stress mitigation. Specialized now has a range of Turbo electric mountain bikes to offer differing varieties based on trails, such as the Levo with more power or the Levo SL with a more lightweight, nimble feeling. The bikes still fit within mountain expectations, such as 150mm of travel, and the Levo SL comes in at 38 pounds, the lightest in its class and 240 watts of rider amplification that translates to an assist up to 20 miles per hour while personalizing the power delivery. The Turbo Levo and Turbo Kenevo versions come with 565 watts of power.

Specialized has done this in-house — many companies outsource the e-bike componentry — so they can have control over every step of the process, including hardware and software. “It is what allows us to bring bikes to riders that they can’t find elsewhere,” Kenny says. “It is really the difference between taking parts and components off the shelf and fitting them together versus creating this experience that is fluid and smooth and consistent. It is a complex machine that takes a lot of engineering and work to create an experience that looks great and when you get on it you feel the difference.”

The evolution of the software has proven instrumental in the growth of the Turbo electric mountain line. With the goal of creating a smooth assistance that doesn’t surge power, Specialized mined data from millions of miles of trails ridden on its bikes to refine the software. But they’ve also streamlined the hardware. Specialized has tuned the battery power, based on data, to offer just what riders need so they can strip weight and refine the feeling, encasing it in a true mountain bike design for trail punishment.