PARMA HEIGHTS, Ohio © John Benson/cleveland.com/cleveland.com/TNS Parma Heights Police Car. Open containers, Denison Boulevard: On Sept. 20, police observed a speeding vehicle on Denison Boulevard. The driver was cited for speeding and a weapons charge for having a wooden club inside of the vehicle. Also, three passengers were cited […]

The driver was cited for speeding and a weapons charge for having a wooden club inside of the vehicle. Also, three passengers were cited for open containers of alcohol

While talking to the driver, who had a suspended license, the officer smelled booze. After failing a field sobriety test, the Cleveland resident was arrested for drunken driving.

The man was cited for speeding and driving with a suspended license. Also, it turned out an underage passenger was also intoxicated.

The Cleveland juvenile was charged with underage prohibitions (alcohol) and also obstructing official business based on his actions at the scene.

Drunken driving, Greenbriar Drive: On Sept. 19, police located a vehicle that had been reportedly involved in a reckless operation incident in Parma.

While talking to the driver, the officer smelled alcohol. After failing a field sobriety test, the man was arrested for drunken driving. He was also cited for reckless operation.

An arriving officer located the responsible party, who smelled like booze.

After failing a field sobriety test, the Gates Mills woman was arrested for drunken driving.

Shoplifting, York Road; On Sept. 21, police were dispatched to the York Road store after an employee observed a shopper stealing merchandise.

An arriving officer arrested the Bedford shoplifter, who it turned out had warrants. She was arrested and held for transport.

Sun Oct 4 , 2020
JOHANNESBURG (Reuters) – South Africa’s car makers have asked the government to reduce taxes on new vehicle purchases as part of a proposed stimulus package for the coronavirus-hit sector, according to a presentation from an industry body seen by Reuters. FILE PHOTO: A man walks past a closed Toyota car […] 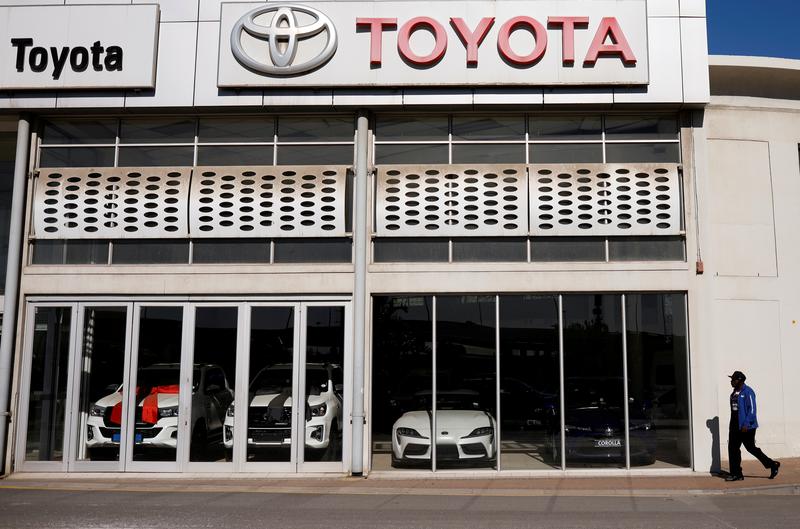