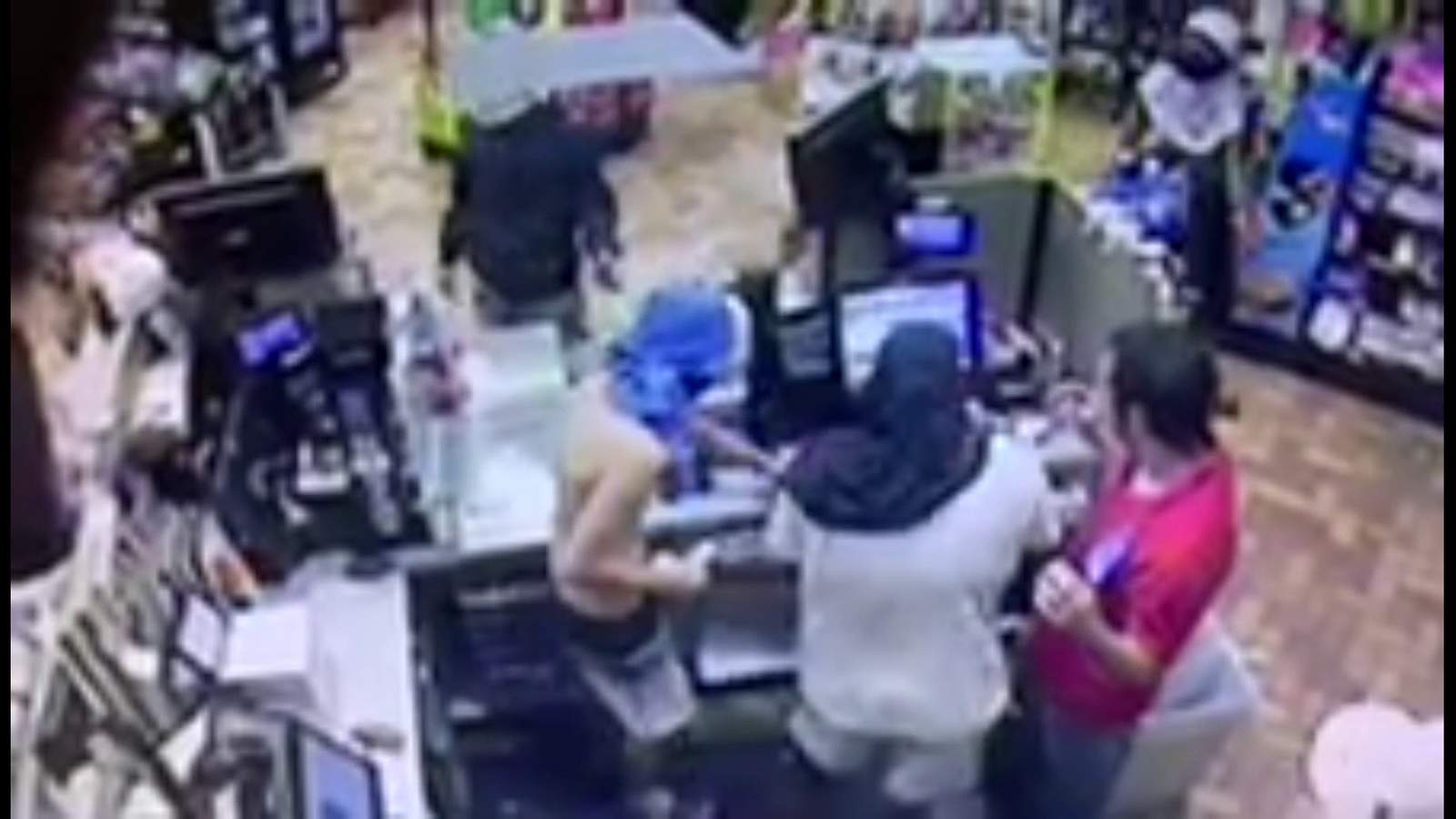 ST. CLOUD, Fla. – A group of teens high on LSD went on a crime spree that involved them stealing a Taser from an unmarked police vehicle and using it to commit an armed robbery during which they deployed it and hit the victim on his face, according to the St. Cloud Police Department.

Video from that incident shows the boys wore their shirts over their heads in order to cover their faces.

Hours later, around 11:30 a.m., several vehicles were burglarized in the Gramercy Farms subdivision, including an unmarked police vehicle from which a Taser was stolen, a news release said.

An hour after that, at 12:30 p.m., an armed robbery was reported in the same subdivision. Police said five teens armed with the stolen Taser entered a home that was under construction and demanded money and property from the construction workers.

One of the victims tried to run away but the 17-year-old suspect deployed the Taser and hit the victim on his eye and neck, causing severe injuries, according to authorities. He was taken to Osceola Regional Medical Center for treatment.

Police said the suspects then tried to steal the victim’s truck so they could drive back to their homes in the Metrowest area of Orlando but when they realized they didn’t have the keys, they ran away.

They were located near a drainage canal thanks to the St. Cloud Police Department and the Osceola County Sheriff’s Office.

After they were arrested, a 16-year-old said they decided to commit the crimes after they smoked marijuana and took LSD, according to the affidavit. He said the guns used during the five gas station robberies were either fake or unloaded, records show

The 13-year-old suspect said “the boys normally just smoke marijuana and do not do things like this” but he went along with the crimes, police said.

The five boys who were arrested range in age from 13 to 17. A sixth boy who participated in only the first robbery has been identified and charges are pending against him as well.

News 6 is not naming the suspects because they’re minors.