Here, we have a modified Kia Seltos, with a dark-rose full-body wrap and black alloy wheels, along with a power-operated tailgate Kia Seltos has been one of the most successful vehicles in the Indian market recently, having sold over 1 lakh units in less than a year since its launch. […] 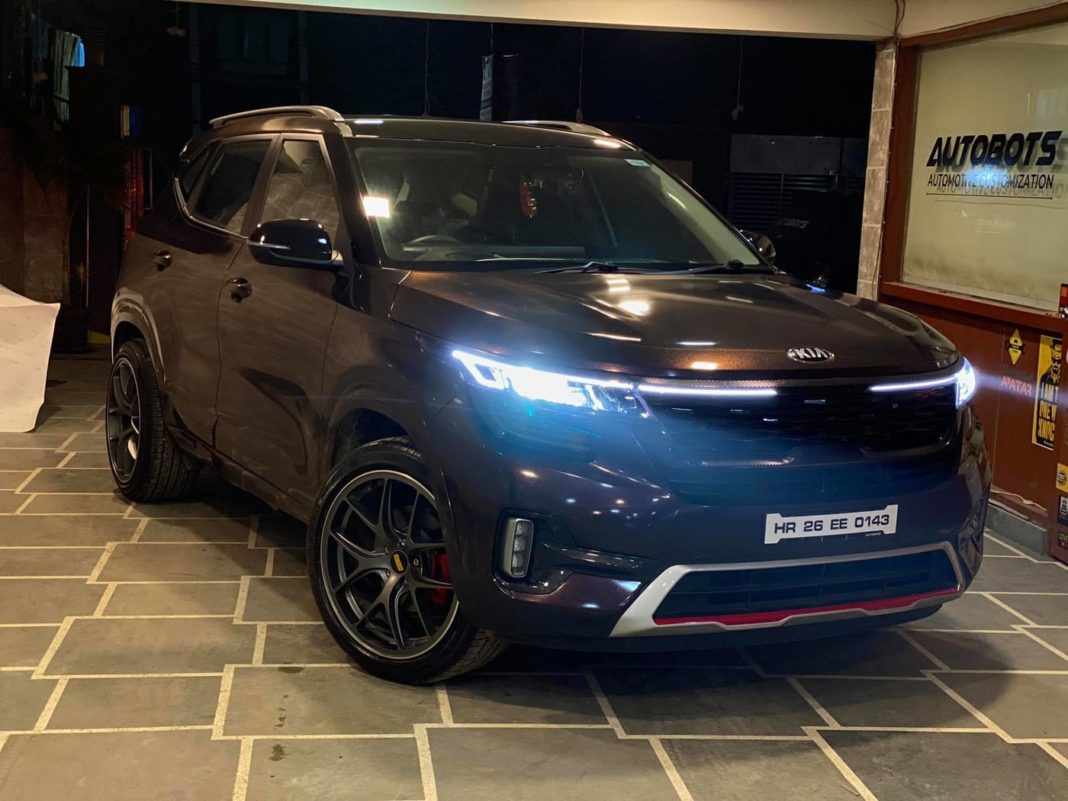 Here, we have a modified Kia Seltos, with a dark-rose full-body wrap and black alloy wheels, along with a power-operated tailgate

Kia Seltos has been one of the most successful vehicles in the Indian market recently, having sold over 1 lakh units in less than a year since its launch. The vehicle’s popularity can be attributed to its sporty styling, premium equipment, and powerful engine options. As is usually the case with popular cars, there’s plenty of aftermarket including accessories, features, and customisation options available for the Seltos.

Here, we have a modified Kia Seltos, built by Autobots Automotive Customization, a custom garage based in Gurugram, Haryana. This particular model gets a full-body wrap job, in dark rose colour. All the chrome elements in the vehicle have been replaced by black-out elements, like the surrounds on the front grille. Other visual upgrades include LEDs in the rear reflectors.

The SUV also sports a new set of alloy wheels. These 19-inch BBS rims are shod with 255/40 Pirelli P Zero rubber. A few changes have been made to the hood, including a K&N air filter, a REMUS exhaust, and a custom ECU by Quantum tuning. With the help of these mods, the SUV is able to extract even more power from its already powerful engine! 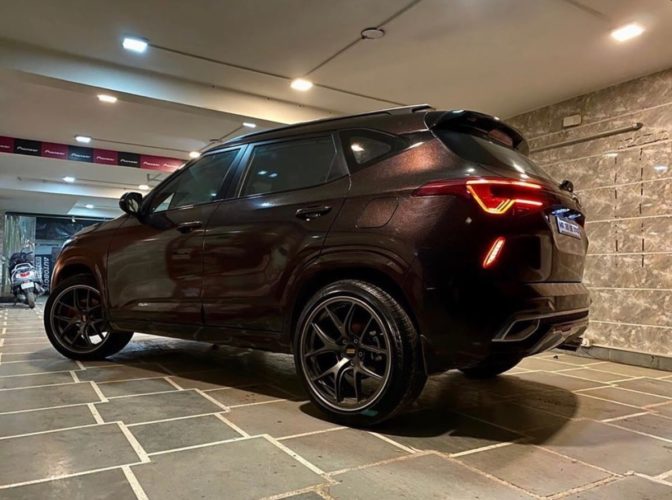 This particular model is the Kia Seltos GT Line variant, which is powered by a 1.4-litre, turbocharged, inline-4 engine. It is available with two engine options – a 6-speed manual and a 7-speed dual-clutch automatic. In stock condition, this engine belts out a maximum power of 140 PS and a peak torque of 242 Nm.

With the aforementioned mods, the SUV now generates a claimed 170 PS. An electronically-operated tailgate has also been added to it, which improves its practicality as well. The interior of the vehicle sports a lot of carbon-fibre inserts, with a few of those on the exterior as well. Apart from that, the rest of the vehicle remains unchanged. 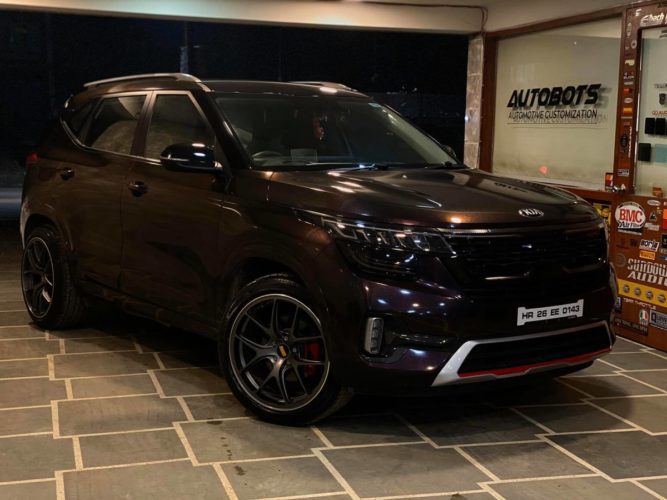