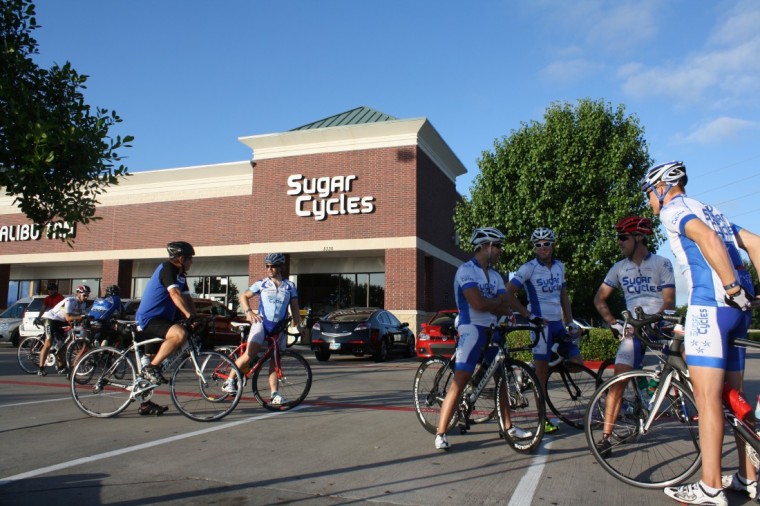 Sugar Cycles in Missouri City was robbed on June 27.

Sugar Cycles in Missouri City was robbed on June 27.

Three Houston-area bicycle shops were robbed in the last month

Bicycles have been a hot commodity during the coronavirus pandemic. In fact, hot enough that three Houston-area bike shops have been robbed in the past month.

KPRC 2 reports that Pearland Bicycles, Society Cycle Works in Sugar Land and Sugar Cycles in Missouri City had bikes stolen from the shops.

The burglars who went to Pearland Bicycles stole around 20 bikes on July 21, the owner said, totaling around $40,000 worth of bicycles.

“They spend about a minute working on the door with the crowbar to get it open and once they got in they just started scattering and grabbing bikes. Looks like one of them, he went to the restroom,” Pearland Bicycles owner Daryl Catching told the TV station.

Society Cycle Works owner Jennie Leveritt said the burglars in the video from Pearland Bicycles looked similar to those that robbed her shop on June 27, the same night Sugar Cycles in Missouri City was robbed.

So far, none of the stolen bikes have emerged, though each shop has a list of serial numbers.

“There’s enough of them stolen, between us and the other couple shops that have been robbed,” Catching told KPRC 2. “One of their bikes should turn up somewhere and maybe that will lead to whoever got them.”