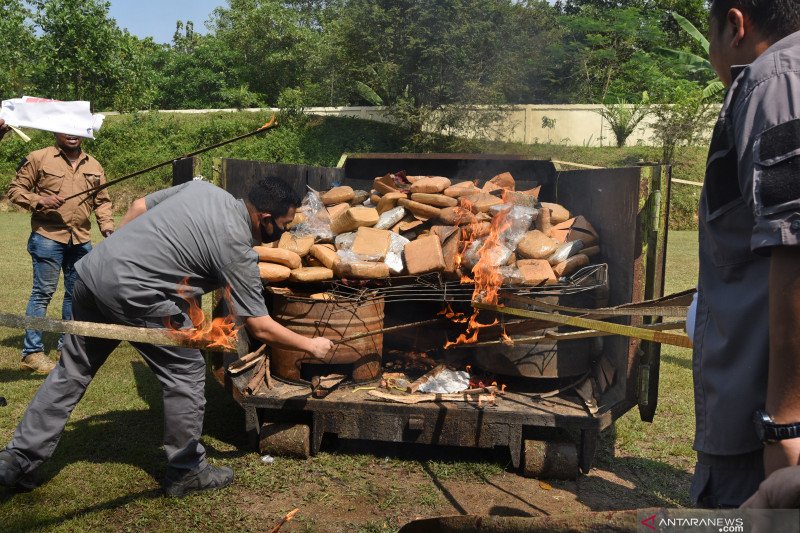 The ministry has expressed disappointment over the revelation of attempted smuggling by the civil servant of the Transportation Ministry’s Air Transportation Directorate General and lauded the airport’s aviation security personnel, the ministry’s spokesperson, Adita Irawati, noted.

“We are highly disappointed and deeply concerned over what has transpired. We allow law enforcers to handle this drug case,” Irawati notified local journalists in Jakarta on Monday.

During arrest by the Hang Nadim Airport security personnel, the civil servant was dressed in the ministry’s official uniform. However, he did not actually make a business trip.

“We confirm here that he is not on a business trip,” she stated.

Irawati further believes that the suspect’s arrest would help to break the chain of drug smuggling operation and would also be an eye-opener and a good lesson for others.

Putra was arrested along with his female companion for allegedly carrying three kilograms of crystal methamphetamine from Pekanbaru, the capital of Riau Province, to Surabaya, the capital of East Java Province.

Putra notified police investigators that he had successfully carried the crystal meth packages thrice at various airports since he was wearing the Transportation Ministry’s official uniform and ID card.

Domestic and transnational drug dealers have remained persistent and grave threats to Indonesia since they perceive the country as a potential market based on its vast population and millions of drug users. Drug trade in the nation is valued at nearly Rp66 trillion.

People from all sections of society are falling prey to drugs regardless of their socio-economic and professional backgrounds.

Those from the country’s entertainment industry have also been siphoned into this drug crisis, as is apparent from the arrests of several entertainers over consumption and also trade of illicit drugs.

In the wake of the serious threat posed by drug lords, National Narcotics Agency (BNN) Chief Commissioner General Heru Winarko sought capital punishment for those involved in drug trade in the country.

National Police Chief General Idham Azis recently highlighted that district courts in different parts of Indonesia had awarded capital punishment to at least 100 drug offenders in the first half of 2020.

“May they soon be executed by firing squads to deter others,” he stressed while bearing witness to the National Police special task force’s move to destroy 1.2 tons of crystal methamphetamine, 35 thousand ecstasy pills, and 410 kilograms of marijuana in Jakarta on July 2, 2020.