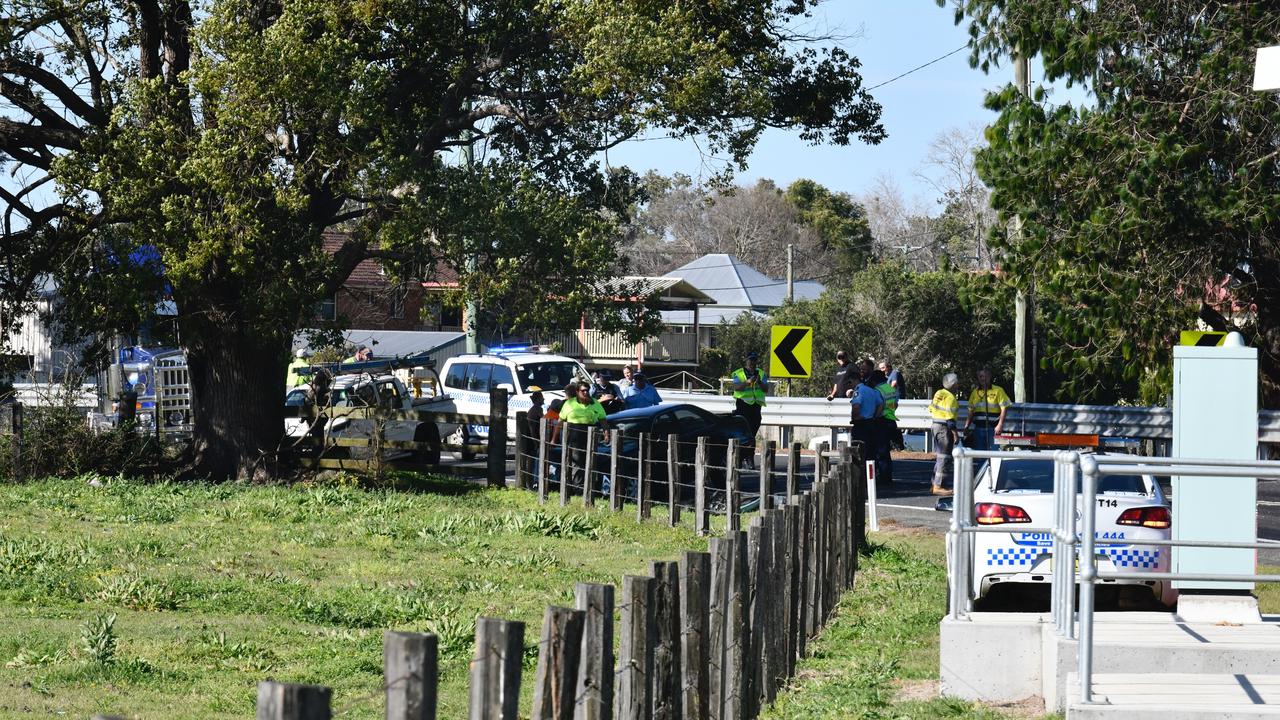 The Big River Way at Ulmarra has been reopened following a crash at approximately 2.30pm today

POLICE investigations have found that the woman was travelling north near the speed camera, and collided with a car.

Initial investigations suggest that speed played no part in the collision.

The 89-year-old woman was treated on the scene and did not require hospitalisation from the incident.

Police investigations into the cause of the crash are continuing.

A WOMAN has been lucky to escape with only minor injuries following a crash between a car and a truck at a notorious highway black spot this afternoon.

Emergency services were called to Ulmarra about 2.30pm when a sedan collided with a truck and dog trailer on Big River Way in the village of Ulmarra.

The sedan, which was travelling south, hit the side of the trailer and spun across the road, blocking the northbound lane of traffic.

The trailer was damaged and spilt diesel on the roadway.

The driver of the sedan, an elderly woman who was the sole occupant of the vehicle, was treated at the scene by NSW Ambulance paramedics for minor injuries, and it is believed did not require transport to hospital.

Big River Way is currently closed, and a diversion through village for light traffic is in place.

A NSW Police spokesman said once the sedan is removed from the road one lane may be opened to allow heavy vehicles through.

The crash occurred no more 100m from the Ulmarra speed camera and early reports from the scene suggest the collision was at low speed which may have contributed to the lack of serious injury to either driver.

Police are still investigating how the incident occurred, and anyone with information or dashcam footage is urged to contact Grafton Police on 6642 0222.