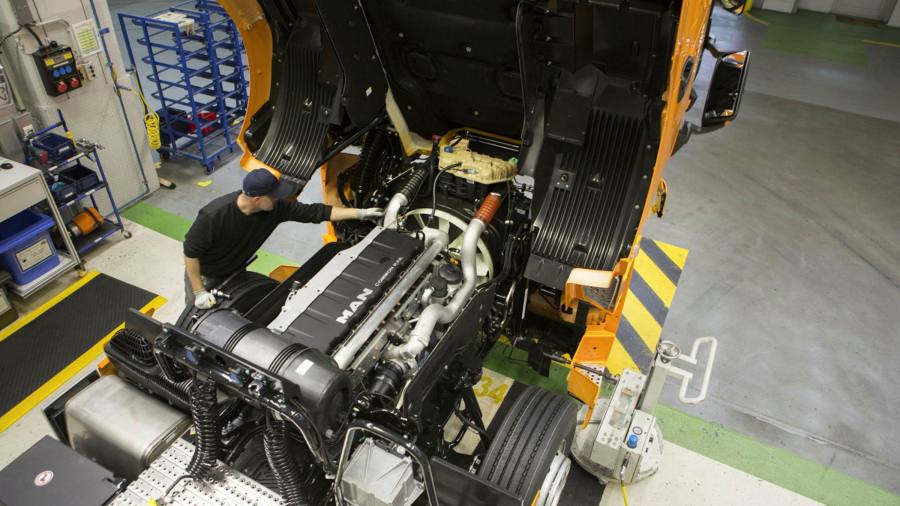 Volkswagen-owned truck and bus manufacturer MAN has torn up a deal with German unions and terminated job guarantees as it seeks to force through 9,500 staff cuts.

In a rare move by a corporation in a country that prides itself on its consensual social market economy, MAN said it was forced to cancel the contracts as it faced a “perfect storm” of Covid-19 and a slowing global auto market.

In a statement on Tuesday, the Munich-based company said existing commitments to keep German and Austrian sites open would be void as of Wednesday, although these could be reinstated if an agreement was reached with workers’ representatives by the end of the year.

VW Group’s powerful employee representatives said the move was an “attack on the entire Volkswagen family”, warning that “such an approach will not lead to any success”.

“The management of Volkswagen has always been well advised to not link restructuring with the spectre of unemployment,” said Bernd Osterloh, the chairman of VW’s works council who sits on the group’s supervisory board.

“At MAN we are currently experiencing a departure from this tried and tested consensus,” he added.

MAN said it had invoked a clause that allowed it to cancel a contract with unions if faced with an unexpected external event, such as a global pandemic, that dramatically altered the economy.

“Covid has made things worse, but the commercial vehicle business hasn’t been in good shape for a decade,” the company added, emphasising that the group was planning to invest a three-digit million euro amount in new technologies.

MAN, which reported a loss of €387m for the first half of the year, is one of several German auto groups to have announced job losses in the past few weeks. Faced with a shrinking global car market and huge investment costs as the industry shifts to battery electric and hydrogen technologies, supplier Continental said it would double the amount of jobs “at risk” in Germany to 13,000, while Mahle said it would cut at least 2,000 positions in the country.

Earlier this month, MAN, which has had a new chief executive Andreas Tostmann since July, said it would enter into negotiations with unions to cut more than a quarter of its workforce and close some sites — but formal discussions are yet to begin.

MAN’s agreement with workers’ representatives had protected jobs in Germany and Austria until 2030.

Separately on Tuesday, industrial group Thyssenkrupp announced that it would cut 800 jobs in two automotive engineering units, 500 of which will be in Germany.

The Essen-based business said it would look to sell off or find an external partner for its unprofitable electric driving and battery assembly unit, which would need long-term investments that the cash-strapped company could not currently afford.