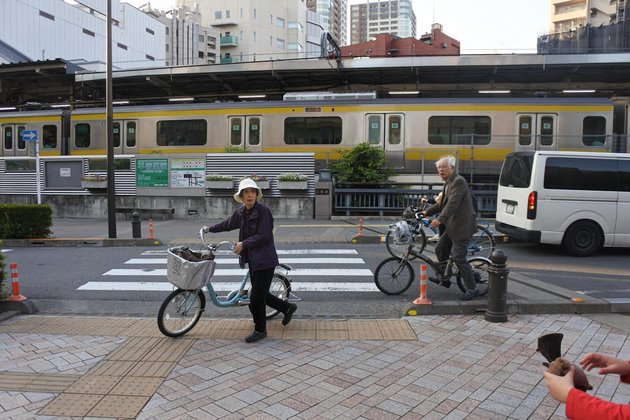 Walking and cycling are in the spotlight given the need to keep fit, get about and keep a social distance from others during the pandemic.

We have pop-up cycleways, enlarged footpaths and even whole streets closed to traffic.

Read more: Physical distancing is here for a while – over 100 experts call for more safe walking and cycling space

But even if the new cycleways stay in place after the COVID-19 crisis, we’ll still be far from being as bicycle-friendly as Copenhagen or Amsterdam, over in Europe.

The reason lies in how Australian cities are shaped and how they work. Copenhagen is a compact city, so most trips are relatively short, an average 3km a day. People can walk or cycle all the way to work, to the shops, to school or to a restaurant.

Any attempt to emulate Copenhagen’s active transport modes in Australia is only really a feasible option for our CBDs and inner-city suburbs.

Read more: Cycling and walking are short-changed when it comes to transport funding in Australia

For the rest we already have some cycleways mostly following transport corridors. Sometimes these are literally a bicycle lane on the shoulder of the motorway.

There are some people who use those, but even the most committed of cyclists would think twice before a 20km one-way commute under a scorching sun or in heavy rain.

Only if cycling becomes an option for almost everyone, any day, can it truly make a difference.

That is, for most of us cycling cannot be an alternative, but a complement, to public transport. Cycling has the potential to solve what is often referred to as the “first mile” problem, the challenge of getting people to a public transport hub.

For people who live up to 1km away from a railway station, they should have a comfortable walk.

Many more, living up to 3km away, could benefit from cycling. They could ride to the station, leave their bike securely parked, and catch a train to their final destination.

But the way things are, cycling or walking to the station can be a dangerous ordeal, or at least rather unpleasant, for most of us.

Footpaths may disappear on one or both sides of the road, pedestrian crossings may be scarce, heavy traffic on arterial roads creates toxic fumes and noise, and the lack of trees greatly reduces amenity.

If you do not see other people walking or cycling, then even a short trip can be unsettling or feel unsafe.

The conditions can be worse for cyclists, who may have no options other than to ride illegally on the narrow footpath or risk it on the road.

Improving active transport access to suburban stations is a low-cost endeavour with many benefits. First of all, we need to look at examples that work and find out why, then adapt them to our needs.

Read more: Cycling and walking can help drive Australia’s recovery – but not with less than 2% of transport budgets

We believe the best examples applicable to suburban Australia are not just in great European cycling cities but include the humble mamachari bicycles found in the suburbs of Japan’s big cities.

We have written about what makes Japanese city planning and transportation so bicycle-friendly in our most recent book, City Form, Economics and Culture: For the Architecture of Public Space.

Note that Greater Tokyo (known as the Kanto region) is not an incredibly dense behemoth but a sea of single-family detached houses in which most of the population live.

Suburban Kanto is built around railway stations, much like many parts of Sydney or Melbourne. Large shops, schools and offices are located around the station so most local transport is on foot or bike. Longer trips are done by train.

Most people in Greater Tokyo walk or ride their bicycles to the station. This is possible because most streets carry very little traffic. Arterial roads and motorways are congested with commercial traffic, but can be easily avoided for local trips.

So you won’t often find cycle lanes or even footpaths at all in Japan. They are not necessary.

What Australia can learn

In Australia the overall goal, or strategy, should be to make it easier for people to cycle and walk to and from their local public transport station.

The ways to achieve this, the tactics, need to be different and tailored for each suburb.

For instance, some of our suburbs have very wide streets with little traffic so a row of trees could be planted in the middle and on-street car parking moved there, making it easier for cyclists on the road.

A wide bicycle lane could then be accommodated next to the footpath, away from opening car doors.

Sometimes there is an existing network of lanes that could be easily adapted as a route for cyclists. In any case, paths should be clearly marked and continuous, so no-one rides all of sudden in heavy traffic.

Increasing walking and cycling also generates opportunities for local business. Little and mid-size shops should be allowed to flourish around stations.

All in all, the suburbs would be a bit less dependent on the CBD and the shopping centre without losing much of their charm and character, and we will all lose a couple of kilos.