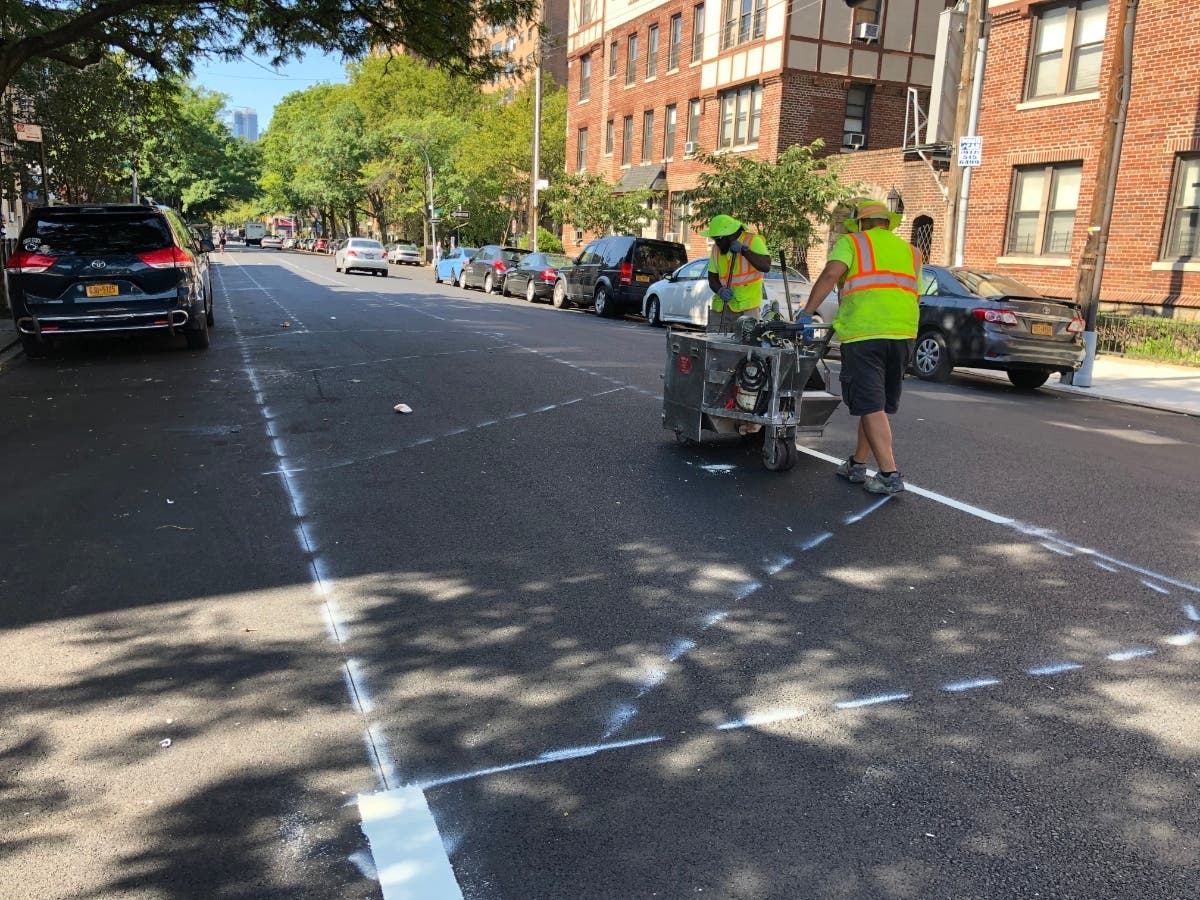 The bike lane, which will run between the Queensboro Bridge and Hoyt Avenue, is expected to be completed this fall, according to NYC Department of Transportation spokesperson Lolita Avila.

To facilitate the bike lane addition, Crescent Street was made one-way between 30th Avenue and Newtown Avenue on Thursday.

The Department of Transportation is also eliminating parking between 40th Avenue and Queens Plaza North and between Hoyt Avenue North and Hoyt Avenue South as part of the project.

These notices have been posted along the corridor to educate drivers about the changes coming to Crescent St. pic.twitter.com/elKNVR9xXp
— NYC DOT (@NYC_DOT) August 26, 2020

But construction was delayed while workers repaved Crescent Street, the Department of Transportation spokesperson said. The repaving work wrapped up on Aug. 17.

The bike lane was initially marked with traffic cones and barrels, Streetsblog New York reported on May 28.

Safe streets advocates had spent years pushing for a protected bike path along Crescent, where more than 300 people have gotten injured in crashes since August 2011.